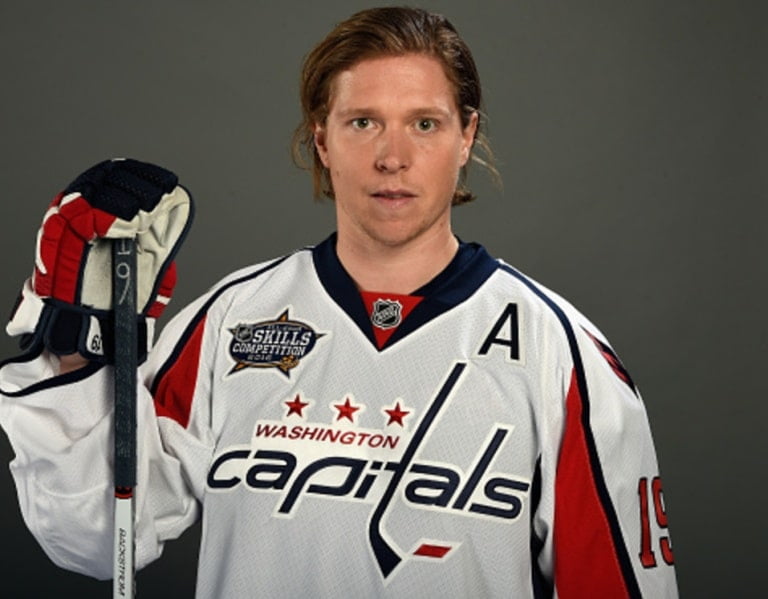 Nicklas Backstrom plays a crucial role for his team – the Washington Capitals – at the centre of the ice. Whether they are on the front foot or on the defensive, the hockey player’s contribution is tangible.

Bäckström, who plays in the centre for his team, was selected by the capitals as the fourth overall candidate during the NHL’s 2006 rookie draft. He has reached the position of assistant team captain and holds the record for the most assists of any player in the history of the Washington Capitals.

Who is Nicklas Backstrom of the NHL?

Nicklas Backstrom is Swedish. He was born on November 23rd 1987 in his home country.

Bäckström started his career in the junior team of the Swedish professional hockey team Brynäs IF. In his three seasons for the junior team, he scored 34 points and was appointed to the senior national team. After his first season in the top division, he scored 26 points in the second season and 40 points in the third season. For his second season, he was named “Elitserien Rookie of the Year” and Swedish Junior Hockey Player of the Year.

One year after being called up by the Washington Capitals, he signed a three-year entry contract on 21 May 2007, before the 2007-2008 season. On 5 October 2007, Bäckström registered his first point for the team, which was awarded as an assistant in a match against the Atlanta Thrashers. He was soon promoted to the front row after an injury in first-choice midfield, Michael Nylander, kept him away from the team. Bäckström continued to set records in the NHL and in the team, helping the team’s star winger, Alexander Ovechkin, to his many titles.

Nicklas finished his rookie season with 69 points, narrowly missing out on Patrick Kane of the Chicago Blackhawks in the Rookie of the Season award. However, he was appointed to the all-rookie team. In the 2008-2009 season, the Swede improved his game with a whopping 88 points (22 goals, 66 assists). This record earned him a place in the top 10 scorers in the NHL of the year, and he led Washington and every Swedish player in the NHL in Assists. He also contributed 15 points on his team’s way to the semi-finals of the Stanley Cup playoffs.

Nicklas Bäckström finished the 2009-2010 season as the NHL’s fourth-highest scorer with 101 points. At the end of the season, he received a ten-year contract extension worth 67 million US dollars.

After two relatively unconvincing seasons after the 2009-2010 season, he was sent to the KHL because of the NHL 2012-2013 lockout for the Russian Dynamo Moscow. In a match against the Boston Bruins on 15 March 2015, Nicklas usurped players such as Alexander Ovechkin and Michal Pivoñka to become the capital’s long-time franchise assistant leader. He finished the season on 78 points, including 60 Assists, with which he led the NHL Assists rankings for this season.

After an arthroscopic hip operation on 27 May 2015, the star centre recovered quickly enough to score 70 points (20 goals and 50 assists). At the end of the campaign, he was involved in his first All-Star game.

Nicklas has also represented Sweden in international competitions. In the 2006 World Cup, he came into play for the national team, where they won the title. He also scored six points for his team at the 2010 Winter Olympics and was awarded the silver medal at the 2014 Winter Olympics.

Nicklas Bäckström: Everything you need to know about him

1. Nicklas comes from an athletic family

It turns out that part of Nicklas’ motivation for playing for the Swedish Brynäs IF is that his father, Anders Bäckström, has played for the club his entire hockey career – ten seasons. His mother, Catrin, was also a professional handball player in the Swedish and Finnish top leagues between the 1970s and 1980s.

He also has an older brother, Kristoffer, who played in the second division of the Swedish hockey league.

2. Nicklas Backstrom was the youngest player on Sweden’s roster in 2006

When Bäckström played for Sweden in the 2006 World Cup, he was already a talent to watch out for. However, his appearance made him the youngest player from Sweden to ever represent his country at a World Cup. At that time he was 18 years and 6 months old.

3. The Swede has a family of his own

The talented Swede is not married, but he has started a family with his long-time girlfriend Liza Berg. The couple has two children. The first, a daughter named Haley, was born on October 8, 2013. A son, Vince, was born in Washington on August 26, 2016.