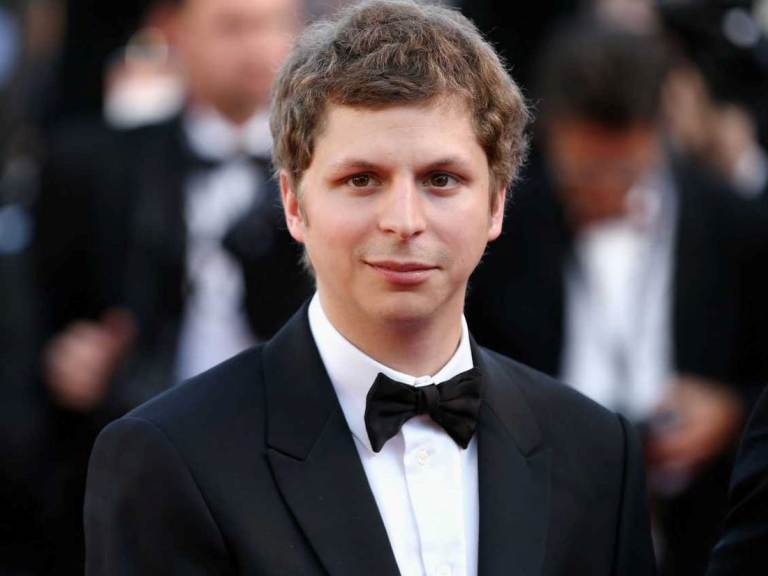 Remember the child actor who stole the hearts of the audience with his performance in the comedy show entitled I Was a Sixth Grade Alien? That’s Michael Cera, the Canadian singer, and actor who is still in the entertainment business and who is attracting the attention of fans and viewers who can’t help but admire his rare acting skills.

We have seen Cera practically grow up on our screen, while he constantly fills roles with naive, nerdy, and sensitive characters. His big, expressive eyes, quiet voice, and brilliant acting techniques will surely make you want to see his films a second time.

Michael Cera debuted in commercials with an unpaid appearance in a commercial for Tim Hortons and was subsequently offered other paid commercials. He had a strong presence on both the small and the big screen, and he achieved a new level of popularity through his portrayal of the character of George Michael Bluth in the television series entitled Arrested Development. Other films and series that owe him are Superbad, Scott Pilgrim vs. the World, Youth in Revolt, Juno, This Is the End, to name a few.

In addition to his acting career, Cera has taken an excursion into the world of music, he is a member of a music band popularly known as The Long Goodbye, and has worked on an album called True That in the past. He was a member of the rock band Mister Heavenly, in which he performed in his capacity as a touring bassist. As a young and versatile personality, Michael Cera is on the right track to take his career in the entertainment industry to new heights in the near future.

ALSO READ: Kris Jenner’s Relationship Through The Years, Who Is She Dating Now?

Who Is Michael Cera?

The versatile entertainer entered the world as Michael Austin Cera on June 7, 1988, in Brampton, Ontario, Canada. He is a Canadian national but belongs to the white American ethnic group. The star joined the Cera family as a middle child and was raised with two sisters: an older sister named Jordan and a younger sister named Molly. His parents Linda and Luigi Cera both make their living working at Xerox.

A look at the actor’s educational background shows that he attended Conestoga Public School, went to Robert H. Lagerquist Senior Public School, and later moved to Heart Lake Secondary School, where he remained until his ninth grade when he made the conscious decision to leave high school and complete his education by correspondence.

Cera’s interest in acting was awakened at the tender age of three when, during his convalescence from a childhood illness, he repeatedly saw the film Ghostbusters (1984) and subsequently took part in an improvisation class in the second city of Toronto. With the full support of his parents, the up-and-coming entertainer began making commercials at the age of eight, but his big break came with the series entitled Arrested Development (2003), in which he played the role of Michael Bluth. A few years later, the young actor switched from television to the big screen and starred in several popular films. Besides acting, Michael Cera also sings, he is a master of the guitar and also plays the bass.

We can comfortably say that the popular comedy actor lives in the lap of luxury with his current net worth, estimated at a whopping $20 million. Although his annual income is not known, most of his films have been enormously successful, his latest voice-over film, The Lego Batman Movie, has brought in a staggering $312 million at the box office. Michael Cera is known to own homes in both Toronto and New York.

Is Michael Cera Married, Who Is the Wife Or Girlfriend?

We think congratulations are in order for the superbad actor who recently tied the wedding knot with his girlfriend Nadine. The duo was spotted in New York, all smiling and cuddly and beaming with happiness. This time the actor was not averse to swinging his wedding ring and did not try to hide the relationship between him and his new wife.

ALSO READ: Is Louis Tomlinson Gay, Who Is The Girlfriend Or Wife, Net Worth, Siblings, Son And Mom

Until now the couple has kept their dalliance secret from fans and the public, not much is known about their connection, when they started dating, and even when they tied the wedding knot. The only thing that is obvious is that the entertainer started wearing his wedding ring around January 2017.

Before his marriage to Nadine Cera, Cera was dating Aubrey Plaza, who was his co-star on the set of Scott Pilgrim vs. They were together for a long time, but the fans didn’t know it at the time. Their relationship only became public when Plaza opened in an interview session with RuPaul. According to Plaza, they maintained their relationship for a full 18 months and almost got married in Las Vegas. She also revealed that despite the fact that they are no longer together, they are still good friends.