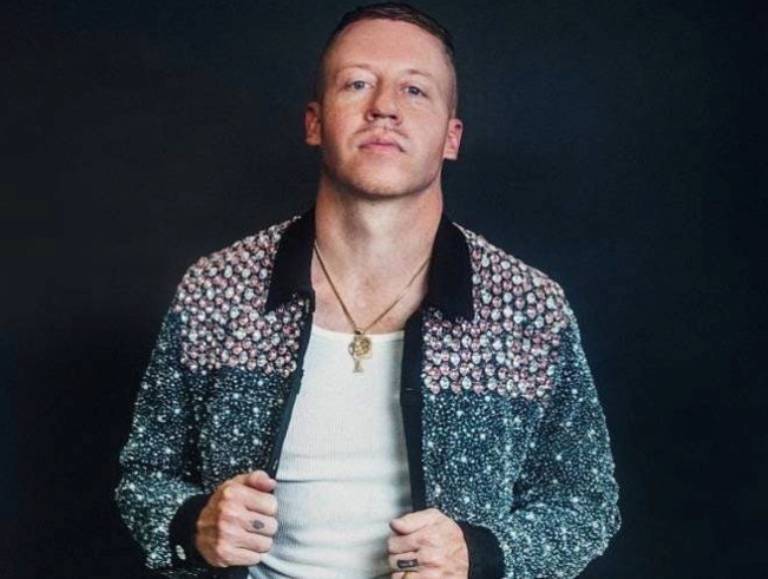 Macklemore, an American singer, rapper, and songwriter, is at the top of the list of entertainers who have conquered the hearts of music lovers. This versatile entertainer has thoroughly explored the genres of hip-hop, alternative hip-hop, and rap and has captured the attention of music lovers around the world. Over the years, Macklemore has gone from being a curious little boy who came into contact with hip-hop through the digital underground to a well-known name in the entertainment industry. One can safely say that he lives the dream.

In 2009, the young rapper entered into a collaboration with music producer Ryan Lewis and formed the critically acclaimed hip-hop duo Macklemore & Ryan Lewis. With the hit number Thrift Shop, they rose to superstardom and won several well-deserved prizes and awards during their extremely successful collaboration.

Some of their awards include Grammy Awards for Best Rap Performance for their song Thrift Shop, Best New Artist, Best Rap Album for the album Heist, and Best Rap Song. However, after more than eight years of resounding success, the duo saw the need for personal creative freedom and decided to go their separate ways.

Benjamin Hammond Haggerty, known professionally as Macklemore, was born on June 19, 1983, in Seattle, Washington. His mother, Julie Schott, who was a social worker, and his father, Bill Haggerty, raised him alongside his only sibling, Tim Haggerty.

ALSO READ: Who Is Mark Warner, What is His Net Worth, Is He Related To John Warner

After the rapper’s education, Macklemore attended Garfield High School before transferring to Nathan Hale High School. During his years at Nathan Hale High School, he took the stage name “Professor Macklemore”. His years at Garfield were also musically eventful; together with a few other students, the young rapper founded “Elevated Elements”, a hip-hop group that released its debut album “Progress” in 2000. After graduating high school, the aspiring rapper moved on to The Evergreen State College, where he graduated in 2009.

Macklemore began writing songs during his teenage years, and in an effort to reach youth through his songs, he became part of a program popularly known as “Gateways for Incarcerated Youth” where he had easy access to a platform for organizing music workshops for the younger generation.

The popular rapper has an estimated net worth of $20 million that he has accumulated through his career in the entertainment industry. His annual income is not publicly known, but the renowned rapper has achieved astonishing success in all his endeavors. His Hitsong Thrift Shop has sold over 2.2 million copies and is still growing, so it is expected that his current net worth will increase to a higher figure in the near future.

For those who are curious: The renowned rapper is undoubtedly heterosexual. He has also been in a long-term relationship with a woman for over a decade. However, he is a strong supporter of LGBT rights.

The talented entertainer has always been a one-woman man, and on January 21, 2013, he was officially engaged to Tricia Davis, with whom he had been dating for seven years. The duo subsequently had their first child, a beautiful girl named Sloane Ava Simone Haggerty, who was born on May 29, 2015.

The couple decided to finally enter into the bond of marriage and on June 27, 2015, the two were married in a beautiful ceremony. Macklemore and Tricia were blessed with a second daughter named Colette in March 2018.

The hip-hop entertainer seems to be both a devoted father to his children and a loving husband to Tricia. Macklemore’s desire to spend as much time as possible with his family influenced his decision to build an in-house recording studio in the basement of his home.

Macklemore has a remarkably slender physique and stands at a height of 5 feet 10½inches. His weight is stated as 74 kg (163 lbs). The blue-eyed rapper with natural blond hair has general body measurements of 40-13-36, with chest – 40 inches, biceps -13 inches, and waist -36 inches.