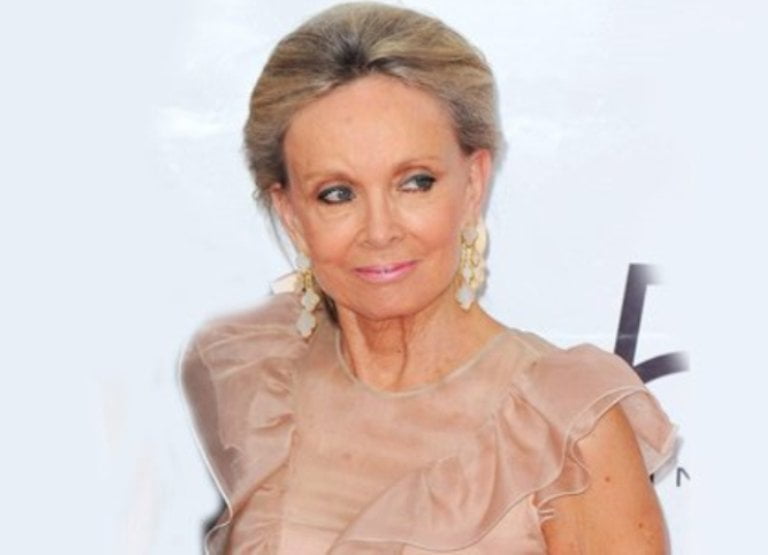 Roger Moore is a man we all knew, loved, and celebrated. Until his death in 2017, the English actor thrilled the world with his amazing performances in countless blockbuster films, most notably in the James Bond film series, in which he played the title character from 1973 to 1985. Besides a very interesting and rewarding career, another interesting aspect of Moore’s life was his personal life. He was married four times in his life, his fourth marriage being to Swedish-born Danish society lady Kristina Tholstrup.

Moore and Tholstrup, popularly known as Kiki, were married for fifteen years (2002 until his death in 2017). The legendary actor described their union as “quiet” and added that she was his “soul mate”. This description has prompted many to ask who is the woman who gave Roger Moore the happiest years of his life. If you are among those who are wondering, please do not ask any further questions, because we have you under control. Below you will find everything you need to know about Roger Moore’s Danish-Swedish wife Kristina Tholstrup.

Kristina Tholstrup was born in Sweden in September 1941 to Danish parents. Apart from the fact that she spent her early days in Sweden with her parents, nothing is known about her childhood days, parents, or siblings.

Tholstrup is said to have found work as a flight attendant in her youth before she turned to act and appeared in several television programs, films and documentaries. Among the works in which she has appeared are Zulu Royal 2, Vivement Dimanche, Kongeligt bryllup, The Wedding, A Princess at Christmas (without credits), Frederik & Mary, and Prins Henrik.

Relationships and Marriage To Roger Moore

Before her marriage to Moore, which was his fourth and her third marriage, Kristina Tholstrup was already a millionaire. She was more popular because she married two Swedish tycoons who both died and left her a large inheritance.

The two met for the first time after Roger was diagnosed with cancer and she was struggling with the same disease at the time. Moore later revealed in his book, My Word is My Bond, that he was attracted to Kristina and thought a lot about her after she gave him a message wishing him well.

Moore and his future wife both lived in the same neighborhood at the time, and the sick actor was still married to his third wife, Luisa Mattioli, who was supposedly a friend of Kristina. According to Roger, they fell in love because of their shared experiences in the fight against cancer, and they soon became close friends. Their close relationship naturally caused a dent in his marriage and Katrina’s friendship with Luisa, who said she felt betrayed.

In 1993, Moore and Luisa separated, and soon after that, he began seeing Kristina Tholstrup. He filed for divorce from Mattioli, who refused the divorce until 2000, after the former couple agreed to a £10 million settlement, but by that time Roger was already living with Tholstrup in Monte Carlo.

In 2002, the duo entered into the marriage in a private ceremony. Moore made it clear in his book that he found his soul mate in Kristina and that this made him happier than words could ever express. The couple traveled the world together while Roger performed his duties as a UNICEF representative working with children. The couple remained together until his death in May 2017.

Katrina and Roger had no children together, but they were parents of four children: Deborah Christian Moore and Geoffrey Robert Moore from Roger’s previous marriage and Christina Knudsen from Tholstrup’s previous relationship. Kristina Tholstrup, unfortunately, lost her daughter to cancer in 2016; she was 47 years old.

Kristina Tholstrup has done very well in terms of net worth. As mentioned above, she was married twice to two Swedish tycoons, who both died and left her millions in inheritance. The lady of the company also inherited a fortune from Roger, so that her net worth now amounts to $60 million.

In 2010, she won a libel suit against the Daily Mail over a published article alleging that she was the mistress of a playboy in her youth on the French Riviera. After the accusations proved to be completely false and defamatory, the Daily Mail had to pay her £10 million in damages.