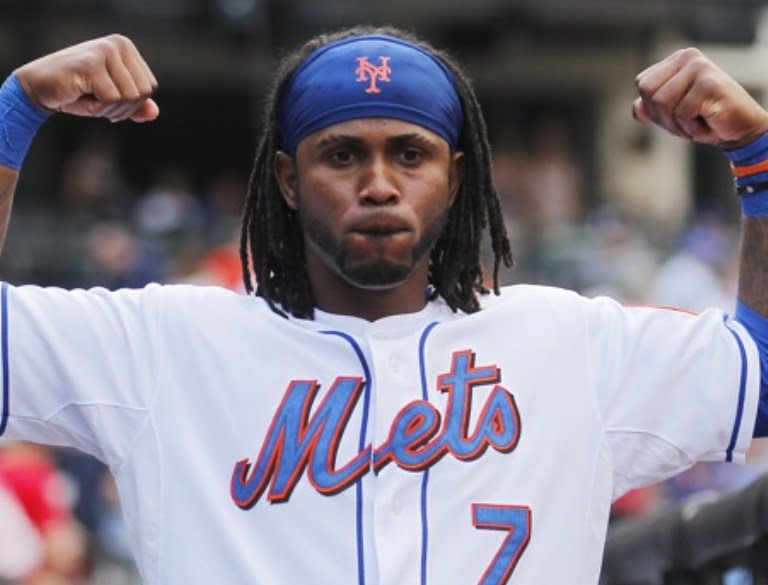 For many people, Jose Reyes is one of the greatest baseball players of all time. When you look at the performance of the Dominican-American professional baseball infielder, you can hardly contradict this feeling. Since his rookie year in 2003, the baseball standout has continued to set impressive records and win coveted awards and prizes, including the King of the New York Mets for triples and stolen bases.

Among his many outstanding records, Reyes is a four-time MLB All-Star (2006, 2007, 2010, 2011) as well as the 2011 National League Batting Champion, so most of what you want to know about the Dominican-American athlete can be found here.

Early Life and Rise to Fame

Jose Reyes was born on 11 June 1983 as José Bernabé Reyes in Villa González, Santiago, Dominican Republic. Together with his wife, he became an American citizen in April 2018. According to records, José Reyes arrived in the United States in 1999 at the age of 16; he was thrilled to finally be called a citizen almost two decades later.

Jose was scouted by the Mets during a trial camp in Santiago in 1999 and was subsequently offered a contract, which he signed in August of that year. Having impressed the team before joining the squad, he was sent to the Appalachian League’s Kingsport Mets for the 2000 season at rookie-level, an exception to the club’s tradition of sending young players to the Dominican Academy.

In order to maintain his outstanding playing form, Jose was soon appointed to the Major League in 2003. He continued his outstanding performances, setting extraordinary records such as leading the National League (NL) in stolen bases in 2005, 2006, and 2007 and breaking the Mets’ all-time record for stolen bases in September 2009. Jose became known as one of the Mets’ most popular players thanks to his outgoing personality, which made him a fan favorite in New York.

After maintaining his course with the New York Mets, he became a free player at the end of the 2011 season. Jose signed a six-year, $106 million contracts with the Miami Marlins in December 2011, moving to the Toronto Blue Jays in late 2012 and finally to the Colorado Rockies in 2015. He played with these teams mainly at shortstop. Jose Reyes currently plays for his mother’s team, the New York Mets. His second stint with this team began after signing a contract for the Minor League in June 2016.

Relationship with Katherine Ramirez, Who is Jose Reyes Wife?

Katherine Ramirez is the wife of the Mets shortstop. The duo was married on July 25th, 2008 in a town hall on Long Island, New York. They met in 2003 during his rookie season and have stayed together ever since. Their family has since grown to include four children: a son Fernando and three daughters – Catherine, Ashley, and Joselyn.

However, as is common in most high-profile marriages, their union was shattered by scandal. Jose fell into a web of infidelity with the model and singer Christina Sanchez, just months after his marriage. In 2009, the double-cross led to a daughter, Liyah, a secret Jose, and Christina managed to stay away from his wife.

But then the secret was not to remain a secret for long because the truth came to light in 2015 when Katherine Ramirez learned about the relationship. After the revelation, Jose Reyes stopped seeing and supporting his child with Miss Sanchez, a situation that provoked the model to call her baby father for support. She claimed that the baseball player shied away from his responsibilities. So she sued him in the Nassau County Family Court for unpaid child support. She even demanded a substantial increase and the provision of health insurance for her child. This was in 2017.

However, the two had already had a relationship before the baseball player was married to his wife. It is said that Christina only learned about the wedding through the media. According to her, she was disgusted when she learned that the baseball star was marrying Katherine. Apparently, she wanted to end her relationship with him, but a few weeks after the marriage she learned that she was expecting a child from him.