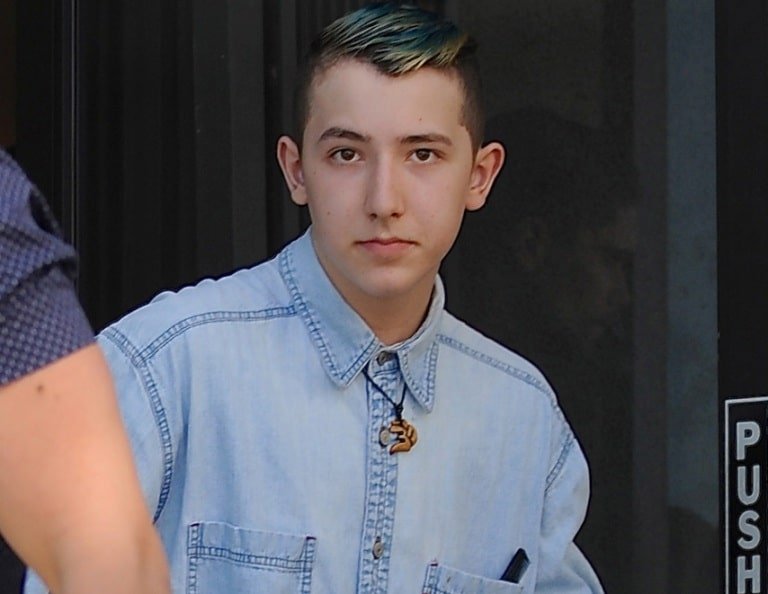 Born as the youngest of the popular Jonas Brothers, Frankie Jonas is sometimes considered a bonus for the family, hence the nickname – the Bonus Jonas. His brothers – Nick, Joe, and Kevin Jonas – are all successful musicians and actors. Their father Paul Kevin Jonas Sr., on the other hand, is a film producer.

Frankie Jonas obviously comes from a family of entertainers who know their onions. However, he not only basks in the glory of his successful older brothers but has also made a name for himself as an entertainer. To his right, Frankie Jonas is an American actor who also lives up to his name as a dubbing actor. He is popular because he lends his voice to the movie Ponyo as well as his recurring role in the TV series Jonas.

Apart from that, there is a lot to know about the youngest of the famous Jonas brothers, and the details below will take care of most of it.

Who Is Frankie Jonas? His Age

He is an American actor who was born on September 28, 2000, as the youngest child in a family of six, which includes his parents and three older brothers. He was born in Ridgewood, New Jersey, U.S.A., and although his nationality is American, the actor’s ethnicity is a mixture of Canadian English, Scottish, Irish, German, Italian and French. His Italian descent comes from a great-grandfather on his mother’s side.

His parents are Denise Miller-Jonas and Paul Kevin Jonas Sr., who had three other sons before Frankie joined them. He is the younger brother of Kevin Jonas (musician), Joe Jonas (singer), and Nick Jonas (singer-songwriter). Perhaps as a result of the years between him and his brothers, Frankie is usually referred to as both “Bonus Jonas” and “Biff”.

For his educational background, the young star gets the best there is and is already finished with high school. He is currently receiving his college degree from Belmont University in Nashville.

ALSO READ: Who Is Arnelle Simpson (O.J Simpson’s Daughter), Where Is She Today?

As was to be expected, Frankie Jonas began his career at a young age, which is not at all surprising given the fact that his family is rooted in the entertainment industry. He made his first appearance as a professional actor in 2008 when he appeared in the television series Jonas Brothers: Living the Dream. He did not make his film debut until 2009, however, when he sang Sosuke in Hayao Miyazaki’s animated film Ponyo. His character in the film, which ran in American cinemas on August 14, 2009, is friends with a young fish named Ponyo (spoken by Noah Cyrus) who dreams of one day turning into a human girl. Together the two characters sing the title song of the film and later that year they released their debut single, Ponyo on the Cliff by the Sea.

For his recurring character in the Disney Channel Original Series, Jonas L.A., in which he himself played the lead role, Frankie Jonas won the 2009 Teen Choice Awards for “Choice Breakout TV Star Male”.

He has accomplished much alongside his brothers, including his role in his first feature film, Camp Rock 2: The Final Jam, in which he appeared with his older brothers – The Jonas Brothers as junior rocker Trevor. He also appeared on the reality show E! entitled Married to Jonas. The show follows the daily activities of Kevin and his wife Danielle as a married couple.

He is young and still fresh in the world of entertainment, but that doesn’t mean that Frankie Jonas hasn’t already made millions. The Jonas brother’s youngest has a net worth of $3 million.

Although his salary is not publicly available, it is undoubtedly impressive and will certainly increase in the coming years.

Does Frankie Jonas Have a Girlfriend?

Young Jonas is said to be in a relationship with a girl named Austin, with whom he went to the prom. They continued their relationship as college lovers and are not afraid to share their love with the world via social media.

While its weight is not available, Frankie’s size is set at 1.5 meters 4 inches. It is expected that his current body measurements will change as he is still a teenager. The actor has dark brown hair and a pair of light brown eyes.

Where Is Frankie Jonas Now?

For someone who grew up in public, people would always want to know what’s wrong with him. An adult Frankie was featured in Paper Magazine in 2015, and for what he’s up to, he revealed through his Instagram that he’s producing his own beats under the DJ name “Mephisto”.

He also plays his role as an uncle, hanging out with Kevin’s kids when he’s not busy with his music. In 2017 he had a cameo appearance in Nick’s music video for his track called Remember I Told You.