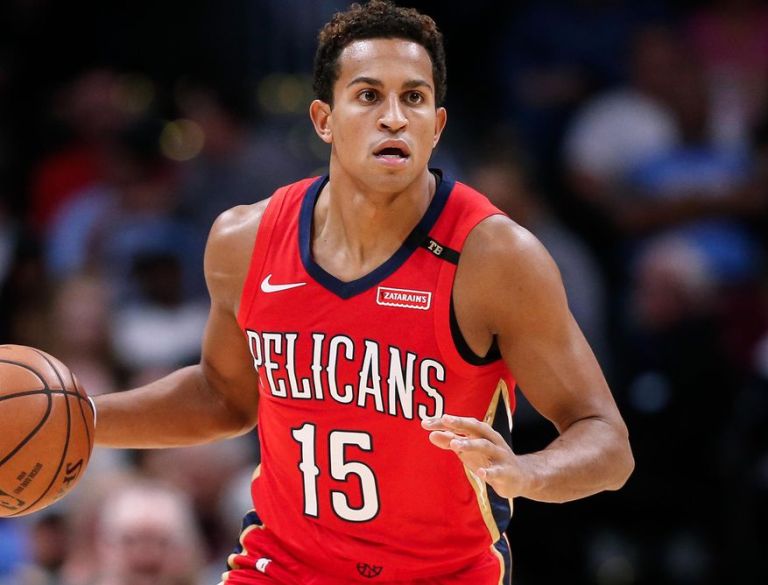 Frank Jackson was the 31st person to be inducted into the National Basketball Association (NBA) by the Charlotte Hornets in 2017. The Hornets would quickly exchange him for the New Orleans Pelicans, where he currently plays as a point guard. Although he has just spent a season in the NBA, Jackson shows great potential to become a very successful player in the league.

6 Things To Know About Frank Jackson

1. His Father Is A Former Utah State Senator

Jackson was born on May 4 in Washington, D.C. as Franklin Willis Jackson, the son of former Senator Al Jackson and his wife Juleen Jackson. His father is African-American and his mother is of Euro-American descent and was born and raised in Utah. Al Jackson served as Republican Senator for the 14th District of the State of Utah from 2014-2016.

Frank Jackson is the second of five children of his parents. He has three sisters (Marie, Mary Alice, and Kayla) and one brother (Alvin Jackson III).

He first attended Lehi High School, where he spent his first year, before transferring to Lone Peak High School in the second year. He played on the school basketball team and as a student, he averaged 17.9 points per game. He was part of the squad that helped his school team win the Utah 5A State Championship.

With an average of 4.5 rebounds, 26.9 points and 2.0 steals, Franklin won the All-State Honor of the Salt Lake Tribune, fourth team MaxPreps All-American and first-team All USA Utah as a junior. In 2015, he was invited to play in the Under Armour Elite 24 Invitational, held in Brooklyn, New York, and scored twenty points, earning him the Co-MVP honors.

As a senior, he averaged 3.0 assists, 6.4 rebounds, and 28.1 points per game and was named Utah Mr. Basketball, Salt Lake Tribune Player of the Year, and McDonald’s All-American. Jackson also won the Slam Dunk competition and was honored with another Co-MVP after scoring nineteen points in the March 2016 All-Star Game at the United Center, Chicago, IL. He was later selected to participate in the Jordan Brand Classic. ESPN ranked Frank Jackson #10 overall and #4 in the 2016 high school class.

With such an impressive high school career, several schools wanted Jackson on their team, and so he received offers from a number of them, including Utah, Standford, UCLA, BYU, Arizona State, Maryland, Duke, Arizona, and many others. The young man originally signed up for BYU, but later changed his mind and chose Duke.

After spending only one season in Duke, Frank announced that he was giving up his remaining 3 seasons and signed with an agent. In his only season with the Blue Devils, he played in thirty-six games (starting in the sixteenth) and averaged 1.7 assists, 2.5 rebounds, and 10.9 points per game.

4. He Was Drafted Into The NBA By The Charlotte Hornets

Although he ended up with the Pelicans, Jackson’s journey into the NBA began with the Charlotte Hornets, who placed him 31st overall in the 2017 NBA Draft, but traded him for the No. 40 in the Pick and cash on the night of the draft with the New Orleans Pelicans.

ALSO READ: All You Need To Know About Matt Watson – The YouTube Star

He did not immediately start the franchise, as he was excluded for an entire season due to a foot injury that required surgery. After his first operation in May 2017, Frank needed a second one to compensate for a setback after the first operation.

His first game with the team was in the 2018 Summer League, where he scored thirteen points, six rebounds, one assist, and one steal, before being disqualified for the entire tournament due to a sprain in his left ankle.

6. His Height And Weight

Jackson may not be as tall as Boban Marjanovic and Kristaps Porzingis, but he is certainly not the smallest in the NBA. The point guard stands at the height of 6’2″ (1.9 m) and weighs 93kg – 205 Ibs.