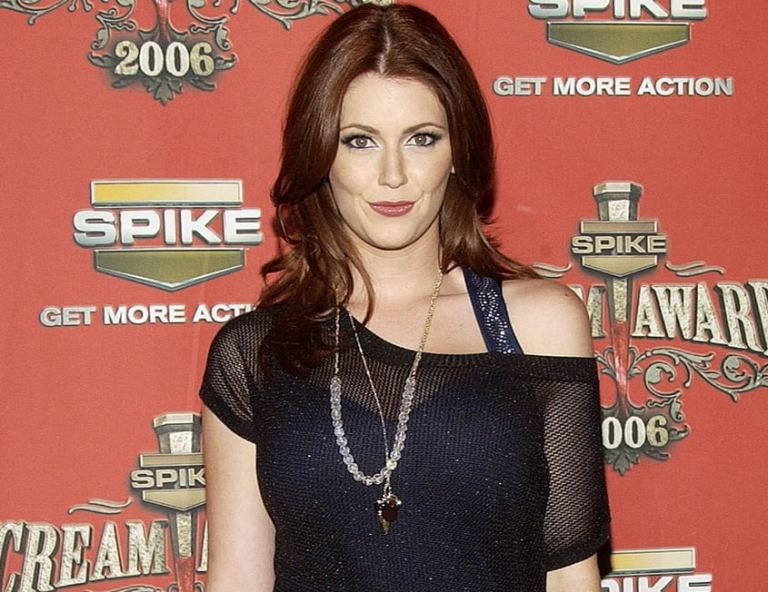 Diora Baird is an American model actress with numerous film credits. She has acted in several comedy films, including the blockbuster Wedding Crashers (2005), Accepted (2006), Young People Fucking (2007), My Best Friend’s Girl (2008), Stan Helsing (2009), and the action-thriller Transit, which was made in 2012.

On the small screen, the talented actress is known for her recurring role in the comedy-drama series Shameless. While her acting career continues to flourish, Diora Baird has also explored the behind-the-scenes aspects of Hollywood.

Biography, Who Is Diora Baird?

Diora Lynn Baird was born on April 6, 1983, in Miami, Florida. There is very little information about her early upbringing. However, we do know that Baird started modeling at a very young age. Her mother, who was also a model, later sent her to an acting class to help her overcome her shyness. Coincidentally, she excelled very well and later became vice president of the Thespian Society in her school.

At the turn of the century, the then 17-year-old Diora Baird moved to Los Angeles to advance her acting career. While she patiently waited for acting roles, the young Baird worked in various jobs to pay her bills: catering, waitressing, teaching, and even posing as a party clown.

Eventually, the pretty young woman got the chance for a modeling career and she jumped at it. As a model, she appeared in an advertising campaign for the clothing brand Guess? After her appearance on the cover of Playboy, the international men’s magazine published in August 2005, she became even more famous.

ALSO READ: Who is Danny Pino? His Wife, Body, Height, Net Worth, Why He Left SVU

Baird’s first appearance as an actress was a guest appearance in the last season of the ABC sitcom Drew Carey Show (2004). This was followed by a leading role in the successful comedy Wedding Crashers (2005). After her break-out role in Wedding Crashers, Diora Baird had a pretty busy year in 2006, during which she appeared in numerous films. She starred in the comedy films Hot Tamale, Fifty Pills, and Accepted. Baird’s biggest project of the year was her role as Bailey in the slasher film The Texas Chainsaw Massacre: The Beginning (2006).

In 2009, Diora Baird starred in the sci-fi hit Star Trek (2009), but her scenes were among those that were deleted before the final version was released. She also appeared in the horror-comedy Stan Helsing alongside Steve Howey, Kenan Thompson, Desi Lydic, and Leslie Neilsen. The following year she appeared in the horror movies Night of the Demons (2010) and 30 Days of the Night: Dark Days (2010).

In addition to her film roles, Diora Baird has also cast numerous roles on the small screen. She has had guest appearances in episodes of the television series Big Day (2006-2007), Shark (2007), The Loop (2007), and Two and a Half Men (2009). The actress is also known for her recurring role as Meg in the comedy-drama series Shameless (2012-2013). She also starred in the season-long fantasy sitcom Angel from Hell in the recurring role of Brandi.

Baird was featured in a series of videos on the comedy website/film company Funny or Die. She also sang a character in the action-adventure video game Scarface: The World Is Your Own (2006).

ALSO READ: Rosa Parks Biography, When and How Did She Die? Here are The Facts

1. In 2003, the beautiful actress considered having breast reduction surgery. According to her, the enormous size of her fortune had made her really uncomfortable. Fortunately, she changed her mind and did not undergo the operation.

4. Diora Baird was previously married to her American actor colleague Jonathan Togo. As a couple, they had a child together, a son, who was born on December 12, 2012. The marriage was contracted on December 26, 2013. However, their marriage lasted only 3 years before they fell apart. Their divorce was finalized in 2016.

5. In May 2017, Diora Baird made a great revelation about her sexuality. In a magazine interview, the actress and the model revealed that she was a lesbian. She also revealed that she is in a relationship with the comedian Mav Viola. In December 2017, Baird announced that she had become engaged to Viola.