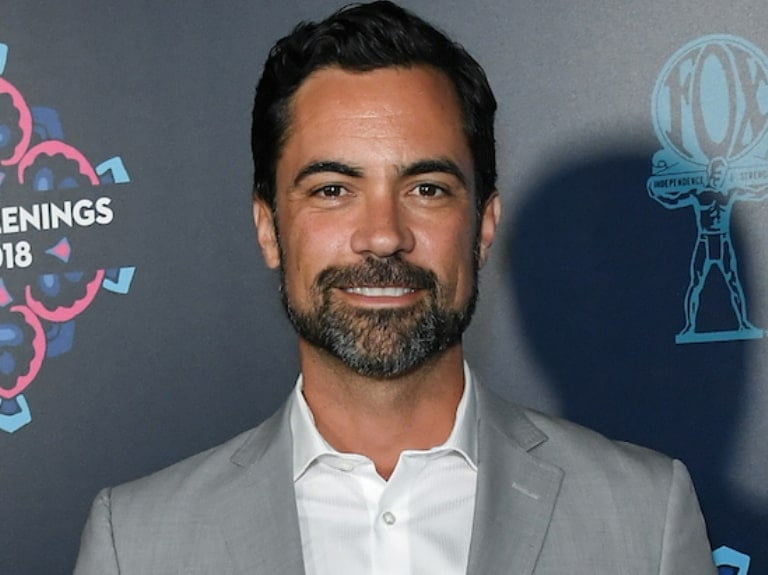 Danny Pino is an American actor of Hispanic descent who made his name as Detective Scotty Valens in the CBS television series Cold Case, which was broadcast from 2003 to 2010. He joined the NBC legal drama series Law & Order: Special Victims Unit, where he played Detective Nick Amaro but quit after the 16th season in 2015. Everyone’s asking for it: Why did he leave SVU? Find out!

Who is Danny Pino? – Bio

Daniel Gonzalo Pino was born and raised in Miami, Florida, USA. His date of birth is April 15, 1974, and there is no information about his parents. The only information about them is that his parents emigrated to the United States from Cuba, and as for his siblings, there is only a mention of one brother, Paco.

Danny Pino got his high school education in two schools. The first was Rockway Middle School before moving to Miami Coral Park High School, which he graduated from in 1992. He attended Florida International University and graduated in 1996 with a bachelor’s degree in drama. To hone his acting skills, he attended New York University’s Graduate Acting Program at the Tisch School of the Arts, where he graduated in 2000. Pino is of Cuban descent, he is of white descent and has American citizenship.

Danny Pino entered the film industry in 2001 and made his acting debut by appearing in a guest role in the film Men, Women & Dogs as Clay that same year. He appeared in all seasons of the show and also appeared in several other movies and television shows such as The Shield, Between, Point of Origin, and Lucy. His role on the television show Cold Case (2003-2010) was his springboard into the industry. He interpreted the character of Detective Scotty Valens, and this role earned him his first of several industry award nominations in 2005.

ALSO READ: Ross Capicchioni Bio: Find Out Who Shot Him And How He Survived 3 Gun Shots

After his outstanding role in Cold Case, Pino was given a role in another television series, Law & Order: Special Victims Unit in 2011. He joined the series in season 13 after the departure of Christopher Meloni, who played Detective Stabler and was a regular on the show. He joined the cast alongside Kelli Giddish. His character, Detective Nick Amaro, brought him another chance to win an award, as he was nominated for the 2012 ALMA Awards for Outstanding Actor in a television drama series, before winning the 2017 Imagen Award for Best Supporting Actor (Television).

Pino’s fraternization with Law & Order: Special Victims Unit (SVU), which started in 2011 (in the show’s 13th season), ended in season 16 after being a regular for three years. His departure comes as a shock to fans of the show, and they wonder why he left the show at a point where he became a focal point of the show.

On the show, he announces his departure to his partner and girlfriend Olivia Benson (Mariska Hargitay) when he attends the celebration of the successful adoption of her baby Noah Porter Benson. It begins with the trial of the sex trafficker Johnny D. when shots are fired in the courtroom by the criminal, who snatches a gun from an officer and shoots the judge. Amaro tries to stop Johnny D. from shooting more people and ends up getting shot in the liver and knee.

After spending about two weeks in the hospital recovering from surgery, he is next seen at Benson’s home during the celebrations. The reason he tells Benson that he must resign from police service is that his promotion boundaries were sealed and there was no way up the system (on the grounds that he was denied promotion to sergeant because of an incident involving the shooting of an unarmed boy in Squadron 15 for which he was responsible). He also mentioned the fact that his family (daughter and son) were in California.

In real life, we don’t seem to be able to find adequate answers as to why he left the series. However, there is more and more speculation about why he left the show. One explanation will be that he left to get a regular spot on the already running series Chicago P.D., where he played the same character – Detective Nick Amaro.

Yes, Danny Pino is married and has been married to his high school sweetheart Lily Pino Bernal since 2002, after being together for a long time. They tied the wedding knot on February 15, 2002, and have remained married since then (almost two decades). Their love affair has produced two lovely children. Their sons, Luca Daniel Pino and Julian Franco Pino were born on 15 February 2006 and 5 June 2007 respectively.

Lily is also an actress but has managed to keep her affair and that of her family out of the public eye. She has had no known relationships in the past and currently lives in Los Angeles with her husband and children.