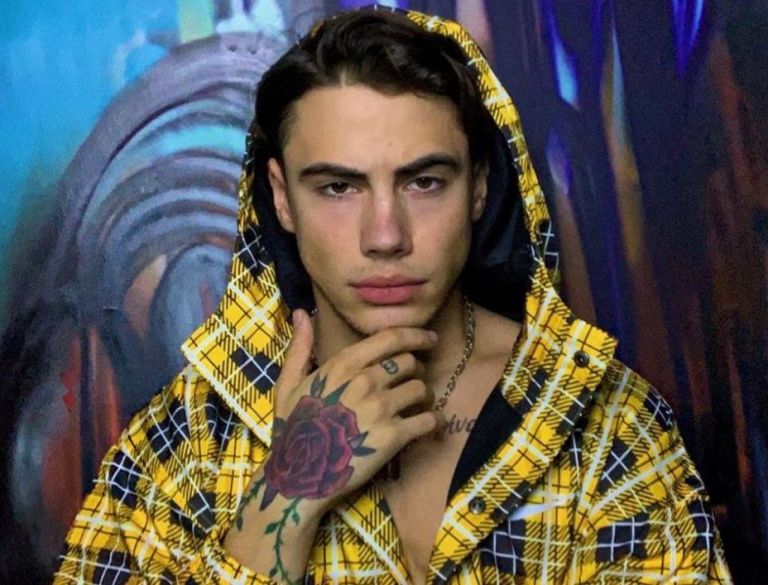 Social media have brought a lot of fame to many people. Aaron Fuller is an Internet personality, an aspiring model, and actor who became a celebrity in social media to overcome the anxiety disorder he suffered from. There are a lot of interesting things to find out about him. Here are things you might want to know.

Who is Aaron Fuller?

Aaron Fuller is an American social media celebrity, model, and actor. He was born on March 6, 2000, in Wichita Falls, Texas. There is no information about his parents, but he is said to have a sister named Lauren Ramos, whom he first met in June 2016. Aaron attended a private school for a few years and then went to another school where he found it difficult to get along with his new classmates. This led to anxiety disorders and other health problems. He couldn’t stand the pressure and then began skipping classes, which led to him leaving school and dropping out, an action that drew criticism from his fans. During his school years, Aaron participated in music theater and school performances.

Aaron first became famous on the Internet when he became friends with the actress and musical star Grace Auten, a model. He opened accounts on self-titled social media platforms like Twitter and YouTube. His YouTube channel currently has over 70,000 subscribers. He posted a few random thoughts on Twitter, to which people often responded, and that made him popular on the platform. As his fan base on Twitter grew, he decided to show his presence on Instagram as well.

With his good looks and physique, he posted photos and these photos caught the attention of many, and with the attention came popularity. Aaron Fuller became an Instagram star overnight with over 200,000 followers. He started streaming live videos on YouNow, which also got him more fans and followers. In 2016, Aaron set up a YouTube channel to publish videos on and also began appearing in other people’s videos. He has many followers in almost all of his media coverage.

The young social media celebrity said he became active in social media because he wanted to overcome an anxiety disorder he suffered from when he was in school. Since he had no friends and could not share his condition with anyone, he decided to find distant friends in social media. The platform helped him to get in touch with people he didn’t know and this enabled him to say the things he needed to talk to someone about, but which he had kept inside himself for so long.

Aaron Fuller was often accused by close friends and other social media stars of being a bloodsucker – a bloodsucker who uses people to succeed or gain popularity in social media. Although he was accused by his YouTubercolleagues Jackson Krecioch and Tana Mongeau of falling on his back to become popular (the latter published a video on their collaborative channel “Trash” in which she called Aaron a “snake”), his fans seemed to disagree and never believed it. However, Aaron admitted the accusation to be true in another video he posted on his personal channel (as they removed him from the Trash channel)

Aaron Fuller is gay (or rather bisexual, since he has dated ladies in the past) and appeared in one of his videos, which he shot with his former boyfriend and lover Jackson Krecioch. In this video, he talked about his sexual orientation and was later appreciated by fans for the confidence he had in coming out and talking openly about his sexuality. He currently has a gay relationship with his YouTube star Imari Stuart.

Aaron Fuller and Jackson Krecioch met on the YouTube channel Trash. Jackson was the first to initiate communication when he first saw Aaron because he liked him the moment he saw him. After a few days, with the help of YouTube colleagues, they met physically, and so their relationship began. They always posted videos together until they made a video of their breakup available to their fans, and that was only a week after the relationship began. Jackson had accused Aaron of cheating on him and also used him to become popular on YouTube. Aaron and Jackson are still friends even though they are no longer together.

Jackson Krecioch is a celebrity in the field of social media and was born on June 1, 1998, the son of John and Jennifer Krecioch. He has seven siblings – one sister named Katherine and six brothers named Jacob, Joshua, Jonathan, Jorge, Joseph, and Jullian. He studied at Kettle Moraine High School and is also a self-taught artist, model, and aspiring entertainer. Jackson became known through the App Musical.ly after setting up an account in 2015. He had over two million fans, which earned him fame as a celebrity in social media. He is also active on YouTube and YouNow. His most popular video on YouTube is Chapstick Challenge, which received more than 1.5 million hits in just one month. Jackson came out as gay on his YouTube channel in October 2016, and he dated Aaron Fuller for a short time before dating Dylan Geick in 2017.