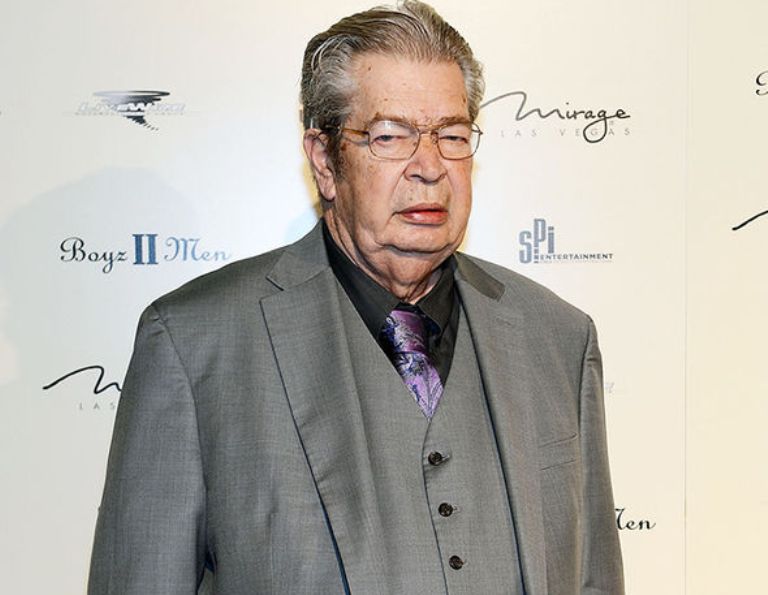 Richard Benjamin Harrison Jr known by the nickname The Old Man is an American-born business mogul and reality TV star. The former US Navy veteran was given the nickname “The Old Man” when he was just 38 years old. He was best known for appearing with some of his family members in the successful reality series Pawn Stars, a reality series based on the family business, the world-famous gold and silver pawnbroker. In 2012 Richard “Old Man” Harrison was nominated for the Time 100 list together with his son and co-owner of the pawnshop Rick Harrison.

The Old Man alias Richard Benjamin Harrison Jr. was born on 4 March 1941 in Danville, Virginia. When he was hardly one year old, his family moved to Lexington, North Carolina, where he grew up. Harrison had his high school education at Lexington High School, a stark contrast to what his family has become today. He grew up in a very poor home. To support his family, he worked as a school bus driver during his teenage years, earning about five or six dollars a week.

In 1960, Richard Harrison Jr. was arrested for car theft but decided to join the military to escape prison. He ended up serving in the U.S. Navy for a total of 20 years, and after his retirement, he became a real estate agent, then a businessman, and finally a global television star.

Richard Benjamin Harrison was married to his almost 59-year-old high school sweetheart JoAnne Rhue. The couple entered into marriage on July 7, 1959, after they had met as teenagers the year before. While Harrison was in the US Navy, his wife Joanne acquired her real estate license and started her own office in 1973. After leaving the military, Harrison joined his wife in the real estate business on a part-time basis. The couple had three children, daughter Sherry and sons Joseph, Rick, and Chris. However, the family lost their daughter Sherry when she was just 6 years old.

In 1989, the old man’s son, Rick, started a 24-hour family business, now known as the world-famous gold and silver pawn shop, located in Las Vegas, Nevada. Twenty years after its founding, the pawnshop was developed into a full-fledged reality TV show Pawn Stars on the History Channel. The show, which was broadcast for the first time on July 26, 2009, reports on the daily events in the world-famous gold and silver pawn shop as well as on interpersonal conflicts between the actors.

Pawn Stars was an instant success and became the highest-rated show on the History Channel within the first 10 weeks. The popularity of the show also had a positive effect on the family business, whose customer base increased tenfold. Pawn Stars was also ranked as the second-highest-rated reality series on television, and its success has continued for nearly a decade. The company was originally run by the old man, his son Rick Harrison, his grandson (Rick’s son) Corey “Big Hoss” Harrison, and Corey’s childhood friend Austin “Chumlee” Russell. On the Pawn Stars Show, Richard Harrison Jr. was known for taking on the role of the “grumpy, wisecracking old man” which made him popular with fans around the world.

In March 2012, Richard “Old Man” Harrison and his Pawn Stars costars were awarded the key to the city of Las Vegas by then-Mayor Oscar Goodman. The key to his hometown of Lexington was also presented to him by then-Mayor Clark Newell on May 29, 2012, a day officially recognized as “Richard Harrison’s Day”.

What Happened to the Old Man on Pawn Stars?

The old man on farm stars died in June 2018 after a long battle with Parkinson’s disease. In the last years of his life, the Patriarch of Pawn Stars had to severely restrict his appearance on the show due to his struggle with the disease. He died on June 25, 2018, at the age of 77 in his Las Vegas residence, surrounded by his loved ones and family. Due to his 20 years of military service, the old man had his coffin draped with the United States flag during his funeral on July 1 and was also bid farewell with a ceremonial rifle salute.