Tim Armstrong is a leading actor who has remained on the scene of the American punk rock genre from the 1990s until today. The veteran singer and guitarist of both the renowned band Rancid and the supergroup Transplant is popular, although his career began long before the bands became popular. The revered musician also functions as a songwriter, producer, and actor.

Before Rancid, Tim was with Operation Ivy – an influential ska-punk band. In 1997 he founded Hellcat Records after working with Brett Gurewitz. Brett Gurewitz came from the music band Bad Religion and is also the owner of Epitaph Records. The renowned singer (Tim Armstrong) appeared under the name Tim Timebomb to release several songs on his YouTube channel. He has also performed as a composer for other musicians and has received a Grammy Award for his efforts in this field of entertainment.

He was born in Albany, California, United States of America, and baptized Timothy Lockwood Armstrong. His birth took place on November 25, 1965. He is an American by nationality and his ethnicity is white. The identity of his mother is not known to the public, but from what can be learned about her, she was the one who raised him. Tim’s father has been identified as Don Armstrong, who died in June 2012 at the age of 81. Tim Armstrong spent his early years alongside his two older brothers, Greg and Jeff Armstrong. At the age of 5, he met his lifelong best friend and bandmate Matt Freeman; both attended Little League baseball in Albany, California, and were in Operation Ivy and Rancid together.

There is no record of higher education on the academic front, but he attended Albany Middle School and high school with his best friend Matt. Because they share the same last name, Tim was often confused with the brother of Green Day’s frontman, Billie Joe Armstrong. However, it was determined that there is no blood bond between them, but that they happen to be close friends.

Tim later worked with Billie, his nephew Rey Armstrong and Billie’s son Joey Armstrong to form a supergroup called The Armstrongs, whose first single, If there was Ever a Time, was released in 2017.

Tim Armstrong may not be one of the best-earning musicians in the world, but he has done well so far. One of his albums produced for Rancid, entitled And Out Come the Wolves, became one of the best-selling punk albums in the world. For his efforts, he could boast an estimated fortune of 13 million dollars.

Fast Facts to Know About Tim

Tim’s debut solo album came to light in 2007, entitled A Poet’s Life, and his accompanying band was The Aggrolites. His song, Into Action, became the #1 most requested and most played song on the then XM Satellite radio channel Fungus 53 in 2007.

His side project was launched in 2012 under the name Tim Timebomb. First, he made a download-only album called “Tim Tim Timebomb Sings Songs from RocknNRoll Theater”, which includes some songs from his music film series.

Tim Armstrong has performed under various genres, including pop/rock, adult alternative pop/rock, and ska-punk. He is also known for his Alternative/Indie Rock, Punk Revival, and Easy Listening projects.

Tim’s wedding to Bree Leslie Armstrong AKA Brody Dalle took place on December 6, 1997. Their dalliance began in 1995 when Bree was 16 years old, both of whom were members of Summersault at the time. They entered into marriage a few years later when she turned 18. During her time with the punk band The Distillers, Bree became famous.

The couple’s marriage lasted barely five years before it ended in divorce in 2003, their relationship had no children, and to this day Tim seems to have no children from later relationships. After going separate ways in 2003, Bree began a relationship with Josh Homme, the frontman of Queens of the Stone Age. It is believed that Tim accelerated the divorce after seeing his estranged wife kiss Josh in Rolling Stone Magazine.

Tim is quite a big man because he stands 5 feet 11 inches high. Although we found it difficult to confirm other details of his body statistics, it is no secret that he has tattoos on various parts of his body, including the scalp.

A celebrity’s life is always full of rumors and controversy, and Tim Armstrong is no different from the others. There was once a rumor that the legendary American artist Madonna sent him some tempting nude photos to get him to sign his band Rancid under her record label Maverick Records. 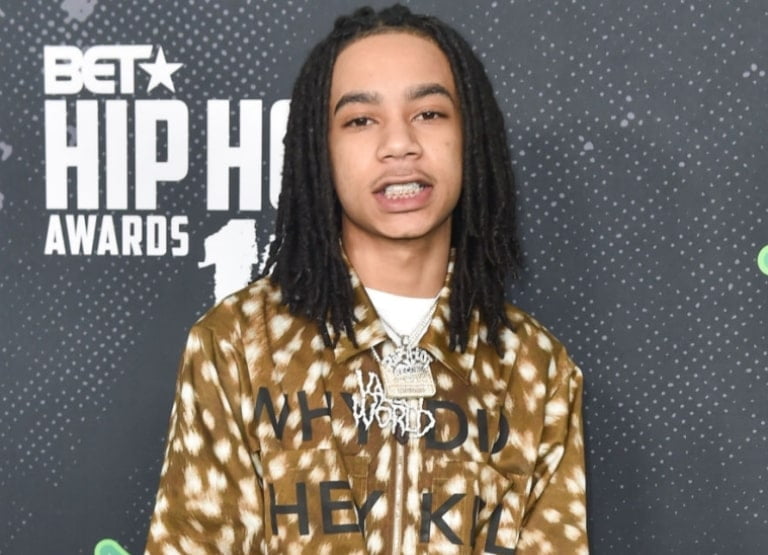 YBN Nahmir Bio, Age, Height, Net Worth, Girlfriend, Where is He From?