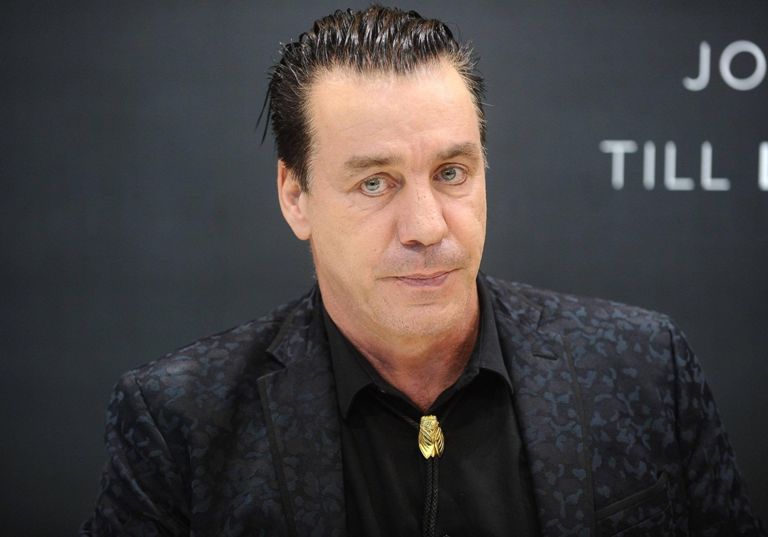 The name Till Lindemann is no stranger to pyrotechnics lovers, as the German multi-talent has won the hearts of his fans not only through his vocal power but also through his pyrotechnical performances.

He is popular as the lead singer and frontman of the German New German Hardness Band Rammstein. How much do you know about this stage artist, whose performances and unique moves, known as The Till Hammer, have taken a big place in the hearts of many people? Read more about him below

Lindemann was born on 4 January 1963 in Leipzig (formerly East Germany) as the son of a children’s poet and a mother who worked as a journalist and writer for the Norddeutscher Rundfunk until her retirement in 1992. Till grew up in the village of Wendisch-Rambow alongside his younger sister Saskia. His family was not a closed unit; his parents lived apart for professional reasons and divorced when he (Lindemann) was very young. He had to live with his father for a while but had to leave when their relationship became unhealthy.

He attended a sports school in the sports club Empor Rostock before he went to a boarding school. During his time in the sports school, he took part in the European Junior Swimming Championships in Florence. He finished 11th in the 1500 m freestyle and seventh in the 400 m freestyle. With this record, he was shortlisted for the 1980 Olympic Games in Moscow.

However, due to an injury, he was forced to leave the sport. In an interview, Lindemann revealed that he never liked sports school, but at that time as a child he had no willpower to object to it.

Before he decided on a career in music, Lindemann worked as a basket weaver, carpenter’s apprentice, gallery technician, and even peat cutter. He began his musical career in 1986 as a drummer in the Schwerin experimental rock band First Arsch. After leaving First Arsh, he played in a punk band called Feeling B – the band used to belong to Rammstein members like Christoph Schneider, Christian Lorenz, and Paul H. Landers.

Soon he started writing and developing his own lyrics. In 1994, the band entered and won a competition in Berlin, which allowed them to professionally record a four-track demo. Due to the use of over-the-top pyrotechnics, which is normally done by Lindemann, he had to move to Berlin in the early days of the band. After an incident in 1996 in which part of the band’s set was on fire, Lindemann had to obtain a certificate in pyrotechnics so that the band could perform with pyrotechnics more professionally and safely than before.

With pyrotechnics, you can be sure of burns, and Till has become so used to getting burned at gigs that he almost doesn’t mind. In 2005 he suffered a serious knee injury during a gig in Sweden on stage when keyboardist Flake accidentally hit him while riding a Segway PT. Due to the injury, several of their tour plans in Asia had to be canceled.

In the same year, five of their albums received platinum awards, and the band also won the World Sales Awards for selling over 10 million copies worldwide. The only unique performance that was awarded the title “The Till Hammer” was a performance where he bent his knees, hit his thigh with his fist in a hammering motion, turning his head from side to side.

In 2011 Lindemann was listed by Roadrunner Records as number 50 of the 50 greatest metal frontmen of all time. Two years later (2013) his book In Stillen Nächten was published. Besides his singing career, Till has appeared in several films such as the French love drama Pola X, Amundsen the Penguin, and Vinzent.

Till Lindemann Net Worth

Lindemann was a really busy man with his appearance with the band and the many stunts for which he earned a whopping $4 million net worth.

Till has two daughters – Nele and Marie Louise. Nele was born in 1985 from a relationship with an unknown woman. Lindemann and Nele’s mother are said to have married after her (Nele) birth, but they were divorced almost as quickly as they married, and he (Till) had to raise Nele alone for seven years until his work with Rammstein became so demanding that he left her in her mother’s care. Lindemann is a grandfather of Little Fritz – a son of his daughter Nele.

His second daughter Marie Louise was born in 1993 with his ex-wife Anja Köseling. He was in a relationship with Sophia Thomalla, Marina Drujko, and there are rumors that he recently teamed up with Alycen Rowse.