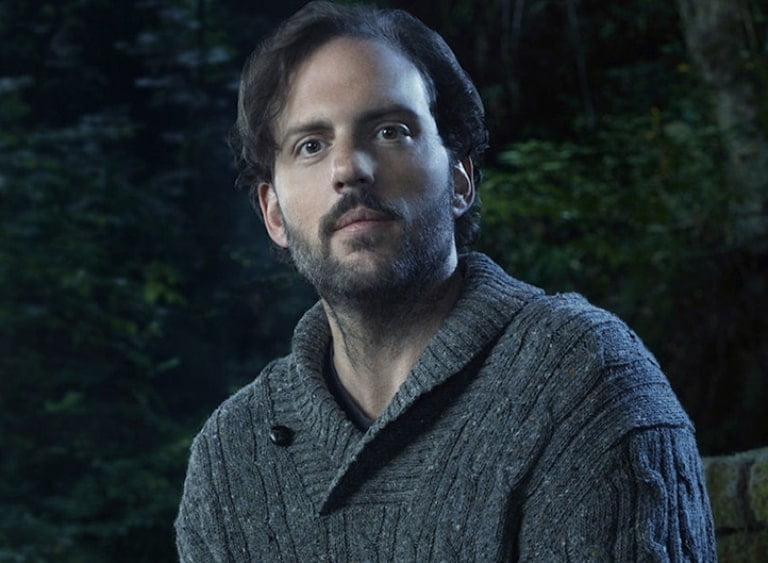 Silas Weir Mitchell is an American actor known for playing volatile characters. From his outstanding roles as insane prison inmate Charles “Haywire” Patoshik in Prison Break and Donny Jones in My Name Is Earl, he definitely knows how to get a mob into his roles and bring his characters to life. He also had recurring roles in the series 24 and was cast as the lycanthropic character Monroe in Grimm.

He was born on September 30, 1969, in Philadelphia, Pennsylvania, as Silas Weir Mitchell Neilson. He is one of five children (three girls and two boys) of his stockbroker father and housewife mother, and he grew up in Montgomery County, Pennsylvania, just a short distance from his birthplace. His passion for the stage and the silver screen was deeply rooted in him after he took part in a production of Hansel and Gretel in the third grade.

When the time came for him to receive a formal education, Silas Weir enrolled at Montgomery Country Day School, formerly in Gladwyne PA, for his elementary schooling before going on to a college preparatory boarding school, St. Paul’s School in Concord, New Hampshire, where he graduated in 1987. Four years later he graduated from Brown University in Rhode Island, where he majored in drama and religion. After graduating, he played in smaller theater productions in New York City for a while, after which he continued his studies.

He pitched his tent at the University of California San Diego, where he enrolled in their Master of Fine Arts program, which he completed in 1995. There he wrote a master’s thesis entitled What We Make Is Not Ours. Then came the time for him to fully engage in his acting career.

ALSO READ: Is John Heilemann Married? Who Is His Wife? Bio, Height, Other Facts

Silas Weir Mitchell is continuously active through television appearances in the 1990s, albeit in smaller roles. Some of his earlier appearances include Silk Stalkings, The Big Easy, Quicksilver Highway, ER, Vengeance Unlimited, The X-Files, Inferno, and The Pretender.

In early 2000 he had recurring roles in series such as The Practice, Nash Bridges, and 24, but his specialty seems to be playing wild, deranged characters, as can be seen in his recurring roles in My Name Is Earl (2005-2008) as Earl’s ex-con Donny Jones and Prison Break (2005-2007) as Charles “Haywire” Patoshik, also starring Wentworth Miller. He auditioned for the role of Nick Vera in Cold Case (2003) but was eventually cast as the mentally unstable, recurring character James Hogan, who remains one of his most remarkable roles.

While Silas Weir has created many outstanding works in his career spanning more than two decades, he received his greatest acclaim as a sensitive and cultured lycanthrope Monroe in the NBC television series Grimm. From 2011 to 2017 he lent the series both comedy and romance.

The Grimm star is successful in his career and has proven this by putting his private life in the background. While he and his wife Rosalee (Bree Turner) appeared on the big screen in the NBC hit show, Grimm was our favorite creature couple and seem to be good friends beyond the screen, that’s all their relationship is.

ALSO READ: Who Was Eddie Fisher, Who Was He Married To, What Did He Die Of?

Who is his wife then? The actor is with K.K. Dodds, who has appeared several times in his company at various events. Dodds is an actress known as Smikins in Spider-Man and as Susan Hollander in Prison Break. Although he may not speak openly about his wife on social media or even talk about his married life (he is not active there anyway), the two are very close.

He has two cats and a blue Doberman named Atticus, whom he considers part of their family.