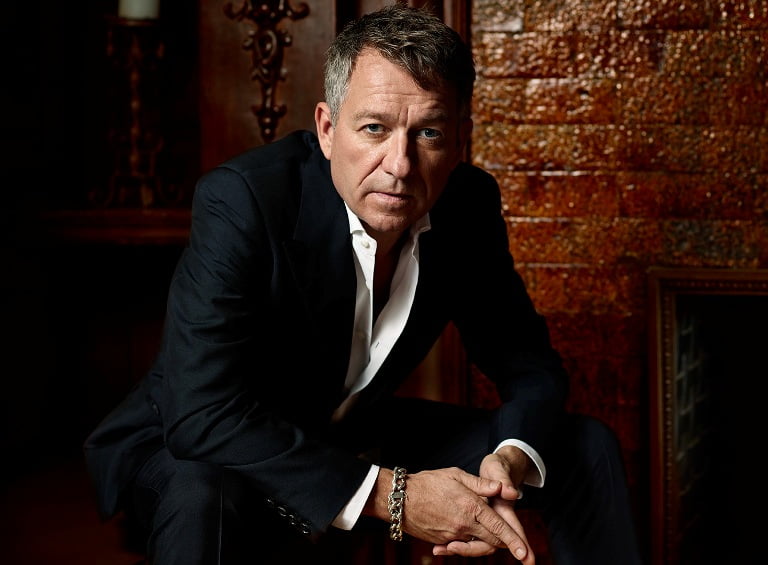 Sean Pertwee is a long-time actor who has been performing for decades on both small and large screens in both movies and television shows.

For someone who comes from an acting family – his father, Jon Pertwee, played a role in the 1970s in the series Dr. Who, while his grandfather, Roland Pertwee, was also an actor and screenwriter – it is no surprise that Sean follows in their footsteps. Apparently, his parents must be proud of him as he has preserved the family legacy in the film industry to a great extent.

Let’s take a quick look at how the actor got started in the first place and some lesser-known facts about him.

The English actor was born on June 4, 1964, in Hammersmith, London, as the son of the Englishman Jon Pertwee and his German second wife Ingeborg Rhoesa. His father is known for having acted in The Navy Lark, Doctor Who, and Worzel Gummidge.

The only information about his educational background is that he studied at the Teddington School in London.

ALSO READ: Elizabeth Trump Grau: What You Should Know About Donald Trump’s Sister

At the age of eleven Sean got the chance to play in a television series, Billy Smart’s Children’s Circus, which nourished his interest in acting. He then got the role of Captain Fitzpatrick in the early 1980s in the play Tom Jones, based on the novel by Henry Fielding. He also spent some time building his talent at Sunbury College, in addition to training at Bristol Old Vic Theatre School, where he graduated in 1986. After graduating, Sean toured with the Royal Shakespeare Company for three years. He completed the 1990s with his portrayal of Brutus in the Hallmark Channel film Cleopatra in 1999.

Pertwee did not rest at his helm in the 2000s but continued to appear in films, including the 2008 film Doomsday as Doctor Talbot. He also explored the industry as a dubbing artist and lent his voice in several television commercials, documentaries, and video games. The medieval empire computer game Medieval: Total War as well as Fire Warrior, Killzone, and Killzone 2 are just some of his game successes.

He replaced India Fisher as the narrator of the fourth series of Masterchef: The Professionals in November 2011, following Sean’s appearance alongside Danny Dyer, Jaime Murray, Janet Montgomery, and Craig Fairbrass in the zombie horror movie Devil’s Playground, released in October 2010.

He has also written several dramatic works for BBC Radio 4 and in 2014 played the leading role of the faithful butler Alfred Pennyworth in Fox’s TV series Gotham.

Sean Pertwee combined his knowledge with a make-up artist – Jacqueline Jane “Jacqui” Hamilton-Smith – on 12 June 1999. The event took place in the House of Lords. They were later blessed with twins, Alfred and Gilbert, in 2001. Unfortunately, the twins were delivered prematurely, which led to the death of Gilbert after four days.

7 Quick Facts You Need To Know About Sean Pertwee

Although you see him on TV all the time, there are still less known facts about him that will also be interesting. Below are some of the fascinating facts about the English actor Sean Pertwee that might be of interest to you.

1. His background: Pertwee is of white descent and his nationality is British

2. He comes from a family of entertainers: Acting seems to be in his blood, as most of his family members have taken their turn in front of the camera As already mentioned, his father, sister, and grandfather had their variety in acting. Remarkable is that Dariel Pertwee, who is an actress herself, is his sister. His father, Jon Pertwee, also became famous as a star in Doctor Who, while his paternal grandfather, Roland Pertwee, also became famous as an actor and screenwriter. Sean Pertwee is also a distant relative of the actor Bill Pertwee.

ALSO READ: Kate Luyben Net Worth And Facts You Must Know About Jim Jefferies’ Partner

3. He’s all about family legacies: At one point in his career, Pertwee tried to get cast as Doctor in Doctor Who. Remember that his father played the same role in the 1970s.

4. He tried his hands in other business ventures: Sean Pertwee was part owner of the film production company Natural Nylon. He teamed up with Sadie Frost, Jude Law, Jonny Lee Miller, and Ewan McGregor to form the company. In 2003, the company was dissolved.

5. Best death face in the industry: Pertwee received the award for “Best Death Face” in Bristol Old Vic for his different portrayal of grimacing death in many of his film roles.

6. Acting in films is not his only forte: Pertwee combines his acting skills with voice-over work for video games. He has countless of these on his back.

7. Body measurements and net worth: Sean Pertwee is a pretty good-looking man with an outstanding height of 1.80 m and an attractive net worth of 5 million dollars.