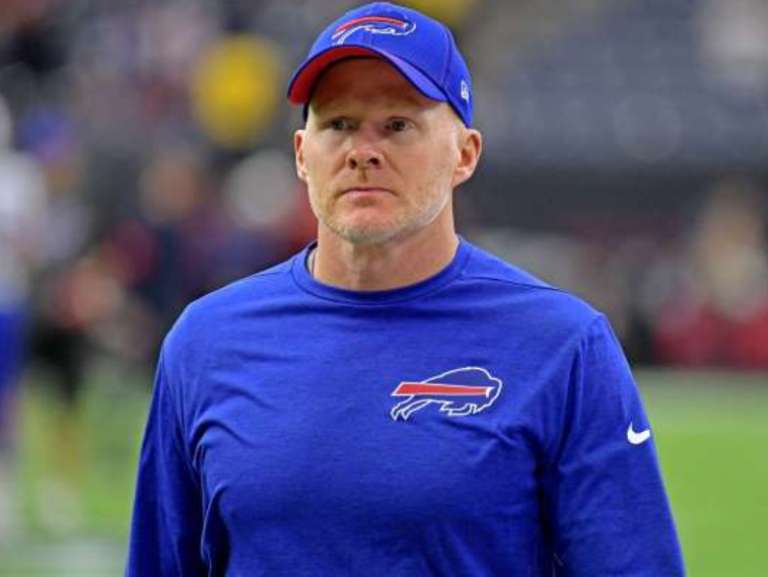 Sean McDermott is currently the head coach of the National Football League (NFL), Buffalo Bills. Prior to assuming this position, Sean was the Carolina Panthers defensive coordinator for six seasons and led the team into the top ten in the overall defense four consecutive seasons (2012-2015).

The team also reached the Super Bowl 50 and Sean McDermott was named the second runner-up defense coordinator of the year by Pro Football Focus 2015. Before being named head coach of Buffalo Bills in 2017, Sean McDermott was interviewed by several other franchises for the same position.

His first interview for the position of NFL Coach was with the Washington Redskins in 2013. Another interview was scheduled for 2015 at the New York Jets, but the interview was canceled and the franchise was later to hire coach Todd Bowles.

He was the interviewee in similar scenarios at the Cleveland Browns, the San Diego Chargers, and the San Francisco 49ers. Here you will find everything you need to know about the head coach, his biography, his wife, his family, his career, his salary, and other fascinating facts.

Sean was born on March 21, 1974, in Omaha, Nebraska. He attended La Salle College High School, where he played high school football and was called to the All-Southeastern Pennsylvania as a defender in 1992.

He graduated high school in 1993 and then moved to the College of William and Mary, where he also played, this time as a safety. In 1997, he was an All-Conference Safety and also received two consecutive All-Conference Academic Awards (1996 and 1997). He is also a recipient of the NSCA Strength and Conditioning All-America.

McDermott began his coaching career in 1998 as an administrative scouting coordinator for the Philadelphia Eagles. After a year in this position, he became an assistant to the head coach. He then worked first as a defensive quality control coach and then as Assistant Defensive Backs Coach.

In 2003, he was appointed Defensive Backs Coach and had the privilege of seeing two of his starting safeties (Michael Lewis and Brian Dawkins) earn their first pro bowl seats. Dawkins later earned two more pro bowl seats, two years in a row (2005 and 2006).

In 2007 Steve Spagnuolo joined the New York Giants as Defensive Coordinator and left his position as coach of the Linebackers vacant to fill Sean McDermott’s spot. The following year, he was named a secondary player for the second time. In early 2009, he became an interim defensive coordinator after Jim Johnson was suspended due to his deteriorating health.

When Jim’s health did not improve, Sean replaced him as a full-time defense coordinator – that was before Johnson’s death in July 2009. The Eagles released Sean from his duties in January 2011, and two days later he was hired by Carolina Panthers as their defensive coordinator.

During his tenure as Panthers Defense Coordinator, McDermott led the team into the top ten in overall defense for three consecutive seasons. In 2015 the team reached the Super Bowl 50. In 2017 the Buffalo Bills hired him as their 22nd head coach. The team won the game with a 21-12 victory over the New York Jets, and Sean became the franchise’s third head coach to win his first game.

Coach Sean McDermott has been happily married to his wife Jamie McDermott for years. The beautiful wife McDermott, who is five years younger than her husband, was born on June 25, 1979. The couple is blessed with two beautiful children; a son and a daughter named Madeline.

Sean comes from a family of football lovers. He apparently succeeded his father Rich McDermott, who was also a football coach, though not at the NFL level. Rich was formerly a coach at Ursinus College.

His brother Tim also played soccer, both in high school and college. According to the NFL coach, he always loved to be in the game and knew from an early age that he would end up as a coach.