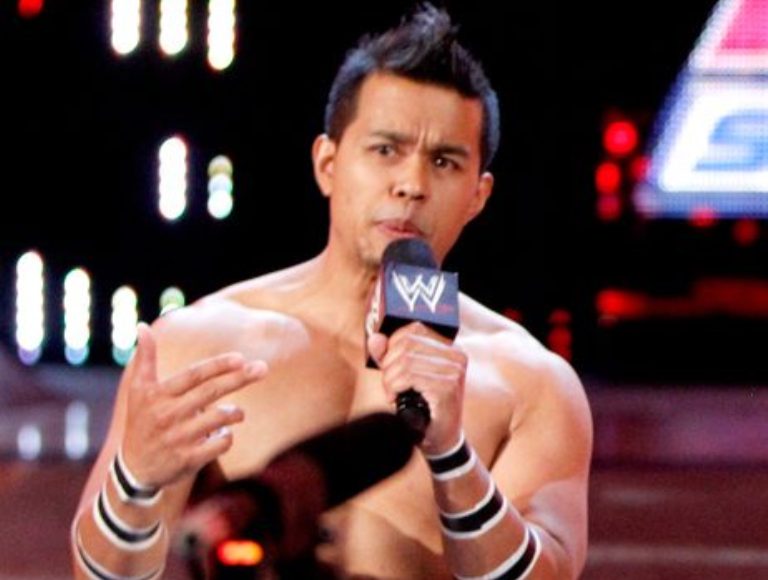 Sarath Ton, also known by his stage name Mikaze, was in the spotlight after his marriage to WWE superstar Sasha Banks. Despite Banks’ popularity, she chose to keep her marriage with Ton behind bars. Meanwhile, the duo has signed the covenant for life in August 2016, but she never announced it publicly until 2017. Her fans asked numerous questions, but there were fewer or no answers left.

5 Facts You Need To Know About Sarath Ton

The WWE star was born on June 9, 1983, as Sarath Ton in Springfield, Massachusetts in the United States. He developed an interest in wrestling at a very young age and began his professional career at the age of 20. There is little information available about his childhood experiences, family life, and educational history. However, we can confirm that he is of a white ethnic background and has American citizenship.

Sarath Ton received his basic training from a local coach and wrestler named Kevin Landry. After mastering the skills, Ton began his professional career in 2001. He had his first professional appearance for the Premier Wrestling Federation Northeast in November 2002, Ton took the name Kid Mikaze and had his first fight against KL Murphy in the PWF Northeast Betrayal. He then rose above the standards at the PWF Vindication Tag Team Match, so he teamed up with Mike Palva to win his first PWF Northeast Tag Team Championship title on November 16, 2002.

ALSO READ: Who Is Cris Cyborg – Cristiane Justino Venâncio? Her Husband and Other Facts

3. Spell On The Independent Circuit

Sarath Ton has participated in wrestling championships at various levels since the beginning of his career. He has participated in small promotions such as New England Frontier Wrestling, Connecticut Wrestling Entertainment, Chaotic Wrestling, and Top
Rope haulage, among others. He also made his first appearance for World Wrestling Entertainment in 2012. He has teamed up with other WWE stars such as Willard Fillmore and Jason Jordan. While he was gradually at the peak of his professional career, Ton suffered a recurring injury in his last match in 2015. After his injury, the wrestler quickly retired from professional wrestling that same year.

4. Sarath Ton as a Costume Designer for the WWE

When his days as a professional wrestler came to an end in 2015, the star signed on as a costume designer with World Wrestling Entertainment (WWE). He designed wonderful costumes for mainly female WWE stars like Summer Rae and Paige. Interestingly, he was the designer of all costumes for Sasha Banks from day one. Ton has also had several appearances on Monday Night Raw, where he interacts with The New Day Backstage. He also appeared in several episodes of the Xavier Woods online gaming channel YouTube, entitled Up Up Down Down, among others.

Sarath Ton and Sasha Banks have been together for several years, yet they kept their relationship away from their fans. After being together as a couple for a few years, the amazing duo exchanged their marriage vows in a secret wedding in August 2016. Meanwhile, the couple made the bond of marriage the same week that WWE stars Rusev and Lana were married. While pictures of the wedding of Lana and Rusev could be seen all over the internet, Sarath Ton and Banks were not so kind to share their wedding memories with fans.

After their wedding, their fans learned that they were married when a photo of the event was published on Instagram, which shocked many. However, Sasha Banks decided to publicly announce her marriage to Sarath in March 2017. The amazing couple has enjoyed a blissful married life; they have no children yet, but this could be in their future plans.