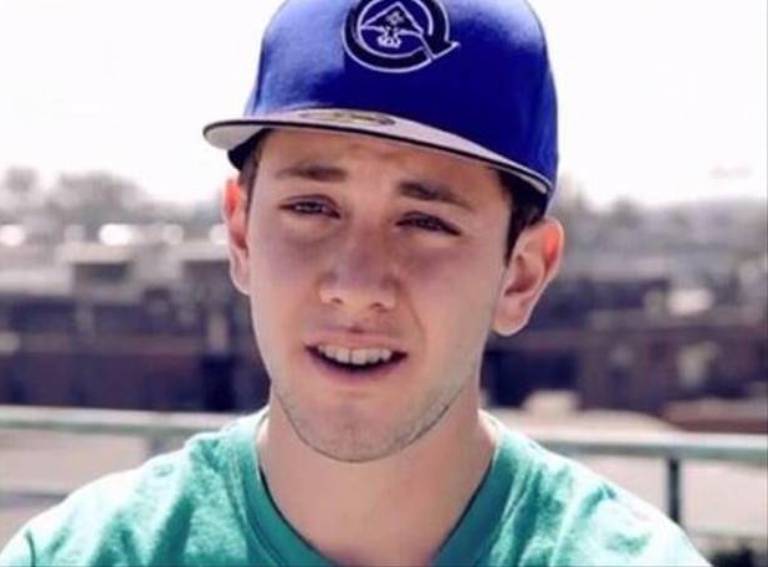 Ross Capicchioni is a teenager from Detroit who became popular and a household name after becoming the victim of a violent crime and surviving three shots. Ross was led to a nasty neighborhood in the infamous eastern part of Detroit and shot by another child whom he considered a friend.

It was a miracle that he survived the shots, but his story spread like a virus and was even featured in a two-minute mini-documentary film, Aberrican Me: Ross Capicchioni, produced by Steve Berra and Eric Koston.

Here is a short biography of Ross Capicchioni and details of how he was ambushed, shot three times, and miraculously survived the shooting.

There is not so much information online about Ross’s background or early life, but we do know that he was born on March 21, 1990, and is from Macomb Michigan, a suburb of Detroit. He grew up in the neighborhood and had friends like any normal teenager.

How Was He Shot And By Who?

Here is the story of how he was shot and how he miraculously survived. In 2007, Ross was just a high school student in an average Detroit high school with a family who loved him and many friends.

On the fateful day of the incident, Ross was at home when a friend approached him and asked for a ride to a cousin’s house on the east side of the city. Ross declined, but after several requests and persuasions, he agreed to take him, not knowing he was taking a potential murderer with him.

Ross later revealed in an interview that he initially declined his friend’s request because the crime rate in Detroit at that time was more than three and a half times the national average. He also stated that if anything happened to you, the police, the police would not stop, and if shots were fired, they would wait until everything was cleared up before picking your body up off the street.

Capicchioni was driving when his friend gave him a guide through the rugged streets of eastside Detroit. As they approached their destination, the friend asked him to stop at the back of a house, which he did. They got out of the car, and while he was still taking his surroundings, he heard the first shot that landed on his left arm.

In shock, Ross looked up and saw his friend standing about ten feet away with a shotgun pointed at him. He nursed his already bleeding arm, turned around, and asked his supposed friend, “Did you shoot at me? The question had barely left his mouth when the second shot was fired, this time it landed on his chest, creating a large gaping hole in Ross’ chest.

Ross remembered what happened and said he was still trying to understand what happened when his friend fired the third shot, which hit him in the head and he fell. He remembered looking up at his friend, who stared back at him before hitting him in the mouth with the butt of his gun, taking his car keys, and driving away in Ross’s car.

Despite his wounds, Ross said he was still conscious and could watch his friend drive away in his jeep, leaving him there to die.

Ross Capicchioni remembered the miracle of how he survived and said that lying down there in a puddle of his own blood, he had the choice of either staying there and dying or just trying to get up. After careful consideration, he decided to try and get up.

The decision did not seem to be the best one at that time as he tried to get up again and again in vain. Almost giving up, he decided to try again and that was it, he stood up and staggered in the direction he could see at that point. He fell down again soon after but was seen by a parole officer in the neighborhood who immediately called for help and stayed with Ross, encouraging him to keep his eyes open until the ambulance came and took him to the hospital.

ALSO READ: Who is Danny Pino? His Wife, Body, Height, Net Worth, Why He Left SVU

He said before he finally passed out, he remembered the paramedic’s words of encouragement. On arrival at the hospital, he was pronounced dead, but the doctors on duty did all they could to bring him back to life and he was immediately taken to the operating room for heart surgery. Ross regained consciousness three days later after his breathing tube was removed. The hospital staff began questioning him, and in this way, his family – who had no idea what had happened to him or where he was for three days – were contacted.

Five days later, Ross was on his way home. The next morning, the FBI showed up at their home and asked Ross for help in identifying the child they had in custody to see if it was the same boy who had shot him. He was shown pictures identifying his attacker. The boy was charged in court and sentenced to prison.

But why did he shoot Ross? According to Ross, his friend had been looking to join a gang, and in order to join a gang he had to prove that he was willing by killing someone, and unfortunately, he chose Ross.

Luckily, he had worked out a plan to murder poor Ross Capicchioni in cold blood on that fateful day, June 6, 2007, which did not happen.