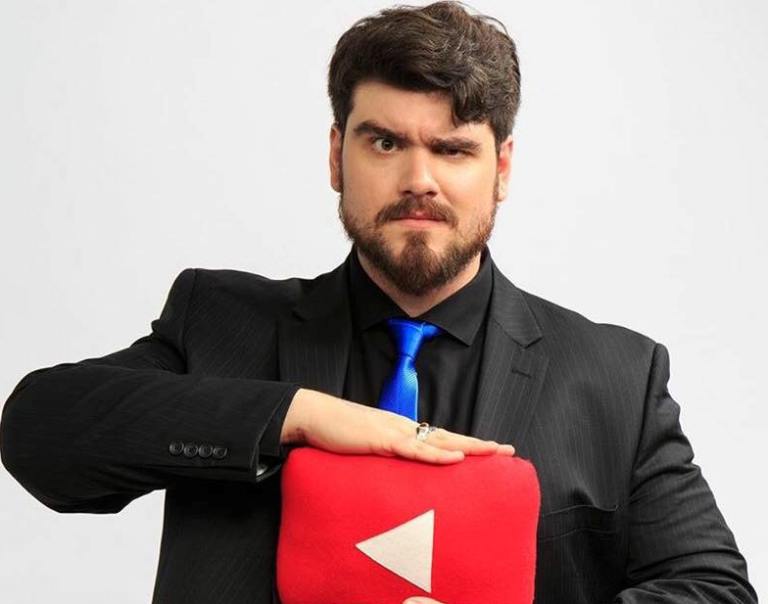 Remember this sentence or have you ever come across it: “Remember, you may not believe it, but in such a seriously foreign world anything is possible. I’m Rob Dyke, thanks for watching.” This is usually the last statement you hear after watching the YouTube videos of this American YouTuber and Internet personality also widely known as turtlein.

Rob Dyke has two popular series running on his YouTube channel – Seriously Strange and Why Would You Put That on The Internet, which also has two sub-series called Twisted Tens and Serial Killer Files.

With more than 2.5 million subscribers on YouTube, over 153K followers on Twitter, and over 81K followers on Instagram, you’d certainly want to know more about this guy and how he got here.

Not much about his resume is available online, but we do know that Rob Dyke was born in Massachusetts on October 28, 1987, and belongs to a Caucasian ethnic group.

He received his GED in October 2008 after dropping out of school and went to Mount Wachusett Community College in Gardner, Massachusetts to study criminal law.

Before embarking on a career in comedy and later in Vlogging, Rob worked as a private investigator, specialist in executive protection, and then as a consultant for sex offenders. Just like Kassem G, Rob eventually quit his job to pursue his passion.

At first, he experimented with the Bob YouTube channel, which got him some attention and popularity, but the channel became inactive after he created his main page.

Currently, he has other channels like Zombie Horse and Your New Best Friends. The former focuses on comedy, games, and sketches, while the latter is exclusively for vlogging.

Initially, Rob struggled like any other new businessman in the early months or even years, but his breakthrough came when he appeared on the channel of YouTube star Household Hacker and was able to reach about two million household subscribers by uploading to the channel three times a week, and that was it.

Now for his series Seriously Strange. This is a series created by Rob that deals with scary, disturbing, and bizarre topics. The series was further divided into three sub-series – “Serial Killer Files”, “Twisted Tens” and “Caught on Camera”.

With “Why Would You Put That on the Internet” Rob received the recognition and popularity he needed at the time. The series prompted fans to send him the most bizarre and ridiculous things they had ever seen on the Internet. According to Rob, he receives no less than 100 video submissions each week, and he has to choose the video with the most humorous commentary.

Why Would You Would You Put That on the Internet has become the main comedy series on his YouTube channel.

With approximately 2.7 million subscribers and an accumulation of over 430 million views by early 2018, this promising star is expected to have an estimated net worth of $500,000. This will probably increase in the coming years.

What Does His Tattoo Mean?

Rob Dyke has several tattoos, but when you meet him for the first time, you’ll probably notice the one on his wrists, which is the seal of the Phul – an Olympic spirit who is the Lord of the Moon.

His other tattoos also appear to be seals of other Olympic spirits.

ALSO READ: Cleo Cole Elliott Age, Everything You Need To Know About The Musician

Other Facts You Need To Know About Rob Dyke

According to Rob, each of his videos requires 24 hours of research, which takes three days.

About the way he receives his research and materials, he says that his comedy series didn’t require any real research and that his material comes from a variety of sources, including the Internet, books, television, documentaries, and newspaper archives.