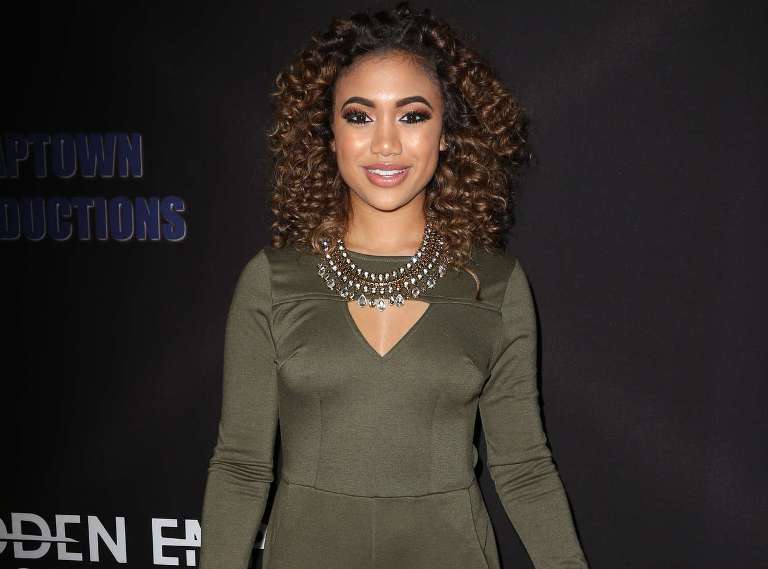 As a young lady, Paige Hurd gave an outstanding performance in the TV series Everybody Hates Chris. In the series, she played a recurring role as Tasha Clarkson from 2006 to 2009. Hurd was also featured in music videos by star musicians such as Justin Bieber, Romeo Miller, and G-Easy.

The American actress was born Paige Audrey Marie Hurd on July 20, 1992, in Dallas, Texas, and developed an interest in acting like a child. She began her acting career in 2000 in the series Felicity, where she appeared in one episode as Natasha. After this performance, she received two more guest appearances in sitcoms such as Boomtown in 2002, where she appeared as Grace Adams, and George Lopez, where she appeared as Little Girl.

The following year she appeared in the series The Division, where she played the character, Chloe. She also got a role in two sitcoms in 2005 entitled The Suite Life OF Zack & Cody as Tiffany and Medium as Ashley. The actress made a guest appearance in the famous sitcom ER as Danielle in 2006, and in the same year, she got her role as Tasha in Everybody Hates Chris. Her most recent serial work is entitled Hawaii Five-0 as Samantha Grover and has been running since 2013.

The young woman made her first film debut in the 2003 film Cradle 2 the Grave, in which she played as a child of DMX in a story about misplaced gems, which also featured popular actor Jet Li. In the same year, she got a role in the movie Cat in a Hat as Denise, which was followed in 2004 by two roles in movies like Time Out with Lauren Martin and Never Die Alone, in which she was young Ella.

2005 was also a successful year for the young actress, as she starred in three major Virginia films, The Adventures of Tango McNorton: Licensed Hero and the popular comedy Beauty Shop, which also featured Queen Latifah. Paige Hurd also appeared in 2007 in Ben 10: Race Against Time as Stephanie, including two short videos entitled Pick or Press and Surviving Brotherhood. Other movies she has starred in include Peep Game, Greencard Warriors, A Girl Like Grace, and a new movie called Crosstown, which featured Vivica .A. Fox as the lead actress.

In addition to series and films, Paige Hurd has also appeared in music videos, including Jasmine Villegas’ “I Own This”, Steph Jones’ ” Excellent” and was portrayed as Justin Bieber’s crush in the music video “Never Let You Go”. Singer Romeo Miller introduced her in his video for the song “Mistletoe”, which also includes the videos for the songs “Be your First” and “For eternity” by musician Trevante. The gorgeous actress was also featured in the music video 2014 for G-Eazy’s song “I Mean It”.

The talented young actress is said to have been born of an African-American father and a Puerto Rican mother. She was raised by her mother together with 4 other siblings. Not much is known about her having a twin, but her little brother named Pierce is said to have suffered from cancer but is now free of the disease.

The young actress has worked really hard over the years, and her work has been appreciated as she is said to have accumulated a net worth of $1 million.

A look into the actress’s love life reveals that she is a real hottie who has attracted the attention of numerous men over the years. She started dating Pj Scott in 2007, but they broke up in 2009 and in the same year, she had a fling with Corde Broadus that ended in 2010. In 2010 she is also said to have dated Steph Jones and Percy Miller before moving on to Justin Combs, Lil Twist, and Cortez Bryant, with whom she dated between 2012 and 2013.

The gorgeous actress is currently dating Maurice Harkless, a professional basketball player of American-Puerto Rican descent. The couple has been together since 2013, and so far they seem to have developed a strong bond, with no signs of a break-up that could actually see them happily ever after.