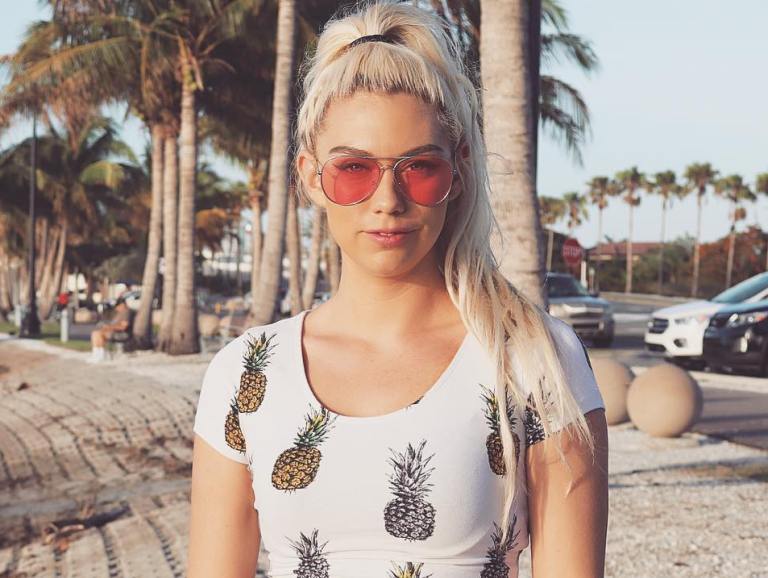 The advent of the Internet has created a whole new breed of celebrities on social media platforms like Facebook, YouTube, Instagram, and many others. Notable among these new stars is Nicole Skyes – a video content creator and a popular influencer of social media, who has a YouTube channel with more than 3.6 million subscribers.

Her self-titled channel NicoleSky123, launched in April 2007, is known for quirky and weird make-up hacks and tutorials that have earned her pride in her place as one of the most famous social media stars of recent times. Getting My Vertical Labret Pierced was the title of her debut video on the channel. Nicole Skyes worked with another YouTuber PrankInvasion and created a video called Cotton Ball Challenge.

Nicole’s popularity in social media is not without its riches, as her estimated net worth is fast approaching the one million dollar milestone. Everything you need to know about the celebrity can be found here.

There is a lack of information about the personal data of the famous YouTuber since very little is known about their early life. However, it is known that she was born on January 27, 1993. Nicole Skyes was born in Los Angeles, California, which makes her an American citizen. However, the identities of her parents have never been published.

ALSO READ: Niccolò Machiavelli Biography, What Was He Famous or Known For?

From the information we have gathered, it is clear that she was still in diapers when her parent’s marriage ended and her father entered another marriage in which he had a daughter with Nicole’s stepmother.

More than that, the YouTube star revealed that her early years were fraught with so many difficulties; therefore, it was a real struggle to express her feelings and she constantly felt like a loner since she had no one to confide in. No wonder Nicole Skyes uses social media to ease her heart while reaching millions of fans around the world.

Nicole became popular with her series Beauty Hack or Wack? and she uploads several make-up videos in it. It is said that Nicole Skyes differs from an ordinary make-up artist in her ability to create beautiful illusions with her skills. From many of her videos, she has collected thousands of preferences, such as “cracked doll face make-up” as well as her 3D art make-up.

Outside of make-up, Nicole Skyes is also known for other contributions like “Internet Challenges”, “Beauty Hacks” and unique videos about divisions. To this day, her most famous challenge video is the video entitled Hundred Layers of Everything Challenge.

Her family details remain elusive, as the famous YouTuber has decided to keep her family life away from prying eyes; although it is public knowledge that her parents ended their marriage before she reached the age of one. It is also clear that Nicole Skyes has a half-sister on her father’s side, whom she met only after 11 years. However, there was a rare glimpse of her family in one of her popular videos where she was with her stepmother and half-sister.

Nicole describes her childhood as unhappy, lonely, and without an outlet for her pent-up emotions, so the advent of social media was actually a blessing, as she used it to express her feelings.

As for her relationship with the opposite sex, Nicole Skyes is currently living with her longtime boyfriend Jay, with whom she moved to San Francisco, California in 2015. Since then, the happy couple has been living together. They have also appeared as a couple in public, especially in some of Nicole’s videos, including the video entitled Boyfriend Day, in which she tells the story of her love life.

An in-depth look into their private lives revealed that Nicole Skyes and Jay became a couple in 2010 after they met at a concert. They started out as friends before entering into a romantic relationship when they realized that they had many common interests. After many months of living together, the couple officially got engaged in 2011.

In addition, many speculate that the couple had already taken the bold step into married life, but this assertion was not confirmed by either of them.