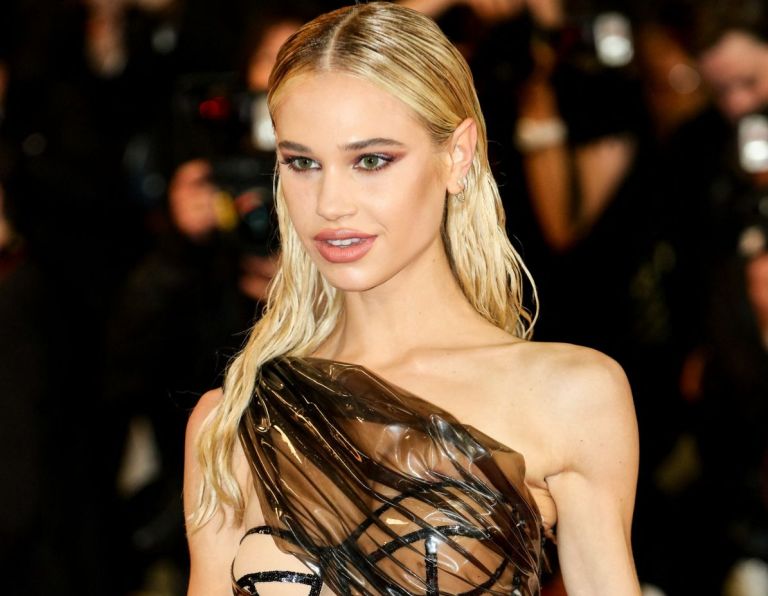 Meredith Mickelson is an American model and social media personality who is making waves in the modeling industry. She has been represented by the New York model Mgmt, Next Model Management Miami, Freedom Los Angeles, Salt Models Atlanta, and has already appeared twice in April 2016 in Vogue Magazine.

In fact, Mickelson is considered the next social supermodel and one of the most talked-about youngsters on the internet. With her work ethic, she always seems to be one step ahead of the model pack.

Meredith Mickelson was born on 1 July 1999 in Atlanta, Georgia, United States. She has an older brother, Daniel Mickelson. Mickelson grew up in the suburbs of Atlanta and said that her family spent many summers in Destin, Florida, where she spent every day of the summer on the beach and spent hours bodysurfing the ocean. She talks about how much her parents and her brother supported her in pursuing her dreams.

In her quest to become a professional model and get an education at the same time, Mickelson enrolled in an online school. She would work during the day and study in the evening. In her opinion, the online school enabled her to take advantage of opportunities that would not have been available to her if she had continued to attend regular school.

Her mantra for success is that a person’s actions are the truest measure of their character.

ALSO READ: Who is Rasheda Ali – Muhammed Ali’s Daughter? Her Husband and Net Worth

Meredith Mickelson is one of the millions of aspiring models who are far ahead of the rest. She began to build her social media site and shadow photographers and model agencies online. With 1.5 million followers on Instagram, the goofy hyper-model is aiming for the top. Her persistence triumphed and she began to receive offers to model for various agencies. Now the 18-year-old has a super busy schedule to live her dreams in the fashion world.

About her life as a model and how it has changed her, Mickelson said that as her schedule has become very full and she is constantly in different states, it has become quite difficult to maintain friendships. She admits that she still has a lot to learn, but she has learned that the most important thing about modeling is not to listen when people say “be patient”.

Mickelson believes that if you feel strongly about something, you should pursue it with everything you have. Surround yourself with people who have the same vision as you. With a wonderful team behind you, there is no limit to what you can do and the people you can reach.

Meredith Mickelson was involved in a relationship with Ethan Dolan, one of the famous Dolan twins. While both had tried to keep it a secret, the fans managed to find out the facts, which means that they were actually dating, but only for a short time.

There were no pictures of them together, but both unintentionally dropped many clues. There are cases where they shared social media posts in the same place on some of their romantic outings.

Mickelson and Youtuber Kian Lawley began to make a big splash with their relationship from the beginning in the same year that she and Dolan separated. While fans assume that the charming picture of them on their Instagram means that a romance is in progress, they claim that they consider each other as friends. But in the end, they went their separate ways.

She also had a relationship with the Chainsmokers’ frontman, Andrew Taggart. Their romance must have been brief, as there are no details.

In her last tweet, Mickelson talked about self-pity, which she said wouldn’t change anything. According to her, you work as hard as you can and do your best, and that gets you exactly where you want to be.

ALSO READ: Jim Caldwell Bio, Wife, Contract, Salary and Net Worth, Why Was He Fired?

Meredith Mickelson attracted additional media attention on 16 April 2018 when she was spotted at Coachella with Brooklyn Beckham, son of football legend David Beckham and Spice Girl Victoria. Both shared frozen yogurt and milkshakes. The blonde model also showed pictures on her IG showing the up-and-coming photographer Brooklyn dancing, and she described it with the headline: “Kid’s got moves”.

During the weekend of the popular Coachella 2018 music festival, Meredith made headlines when she wore a trendy Gucci sweatshirt with a pink logo, with the Gucci logo embroidered across the chest, and as usual, she took it off neatly.