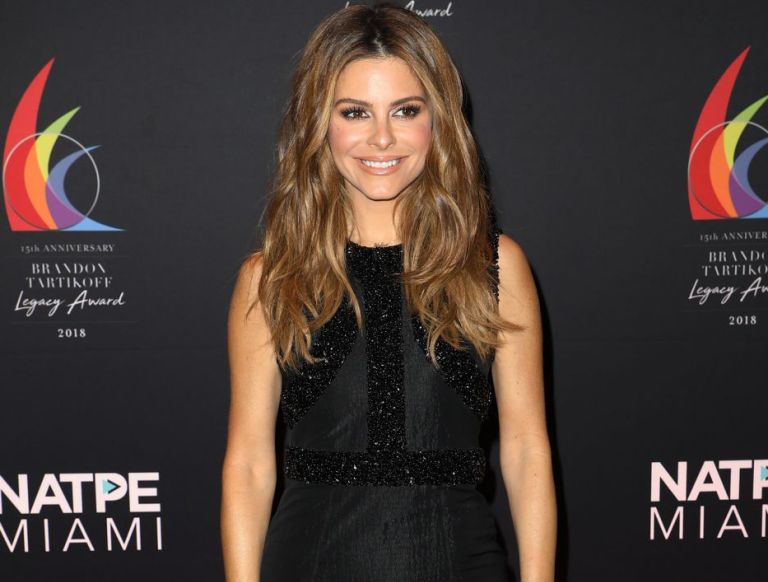 Maria Menounos achieved fame as a television presenter, journalist, and actress. She is popularly known as an on-air correspondent for Access Hollywood and Extra. The American actress has worked tirelessly through the industry, creating an impressive career for herself.

Who Is Maria Menounos? Bio

Maria began working as a correspondent for Entertainment Tonight, and this opened doors for her to greater opportunities and platforms. She even got acting roles for series and movies like Without a Trace, My Extra Miles, and Fantastic Four, to name a few.

In addition to her work as a television presenter and actress, Maria Menounos is also an occasional professional wrestler and is mainly involved in tag team games. The American actress is also involved in humanitarian projects as she founded Take Action Hollywood. The project was inspired by her trip to South Africa, where she reported on the effects of the AIDS crisis. In addition, the Cosmo Girl Cup was created to recognize a group of teenagers who are making a positive impact on their communities.

Maria Menounos has an estimated net worth of approximately $9 million. The amount is the product of a flourishing career that began when Maria Menounos worked as a reporter for Channel One News in her final year at Emerson. In 2002, she worked as a correspondent for Entertainment Tonight, where she covered mainly movies, music, and fashion. To concentrate on her acting career, she retired from the program in 2005.

In the same year, she played a nurse in Fantastic Four. Her voice and likeness were also used for the video game James Bond 007: From Russia With Love. Outside of acting, Maria directed the film Longtime Listener with Wilmer Valderrama in the leading role. During her studies, she produced the independent film Land of Merry Misfits with Keven Undergaro, which awakened her passion for filmmaking. But the negative of the film was stolen and the project was never finished. Years later, however, she was able to recover the film in its entirety and restore it with her personal means. Later she founded an online entertainment network together with Keven Undergaro.

In 2007 Maria hosted the reality game show series Clash of the Choirs. In 2009, the entertainment reporter, who has always been a fan of the WWE, made her debut in October. Since then she has actively participated in wrestling and has teamed up with various wrestlers such as Gail Kim, Kelly Kelly, Alicia Fox, and Eve Torres.

In 2011 she joined Warner Bros.’ Extra, which she hosted together with Mario Lopez. Her work on Extra was rewarded with a Daytime Emmy Award for outstanding entertainment news programs. In 2013, she began her own series of interviews entitled Conversations with Maria Menounos. The following year her reality TV series Chasing Maria Menounos premiered on Oxygen Network. In the same year, she signed a multi-year contract with E! Entertainment to host and produce shows. But in 2017 Menounos had to withdraw from show business because she was diagnosed with a brain tumor.

Is Maria Menounos Married? Who is Her Husband?

Maria Menounos is currently married to her long-time lover and collaborator Keven Undergaro. The director and producer confessed his love for Maria and suggested that she perform live on The Howard Stern Show in 2016. The following year Menounos had to undergo surgery to end her struggle with a brain tumor. Months later, the couple married on December 31, 2017, in Times Square, New York.

Keven Undergaro, born on November 16, 1967, is a director, producer, and writer. As a young boy growing up in Massachusetts, he showed an interest in video games, movies, and television.

Keven attended Saint Anselm College in Goffstown, New Hampshire, where he majored in history. After school he did not feel able to get a regular job, so he continued with his ambition to work in Hollywood. At first, he worked as a carnival worker and slept under trucks to raise money for a trip to Los Angeles. When he made it to L.A., he got the job of head writer for MTV’s Singled Out. He dared to make independent films, but then he went bankrupt. It was then that Keven met Maria Menounos, who was 19 years old, and the two began working together. He founded AfterBuzz TV, which is now one of the world’s largest online broadcasting networks, with Maria Menounos being one of the co-founders. He also founded Black Hollywood Live, Book Circle, and The Popcorn Talk Network.

The Greek-American actress is 1.80 m tall and weighs 52 kg. She has a remarkably slim figure, which she maintains with a healthy diet and a work-out program. Her overall body measurements are 34-23-26 centimeters.

Although many are quick to compliment her physique, Maria considers her smile to be the most important aspect of her appearance.