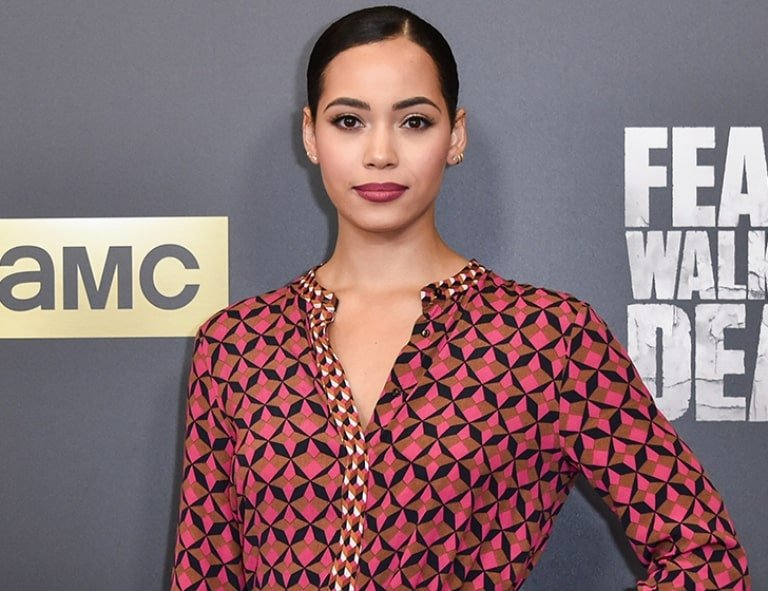 Madeleine Mantock is beautiful, talented, and accomplished and is well on her way to becoming Hollywood’s newest darling. The British actress is known for her roles in Into The Badlands, the hit show of AMC; The Tomorrow People, and Edge Of Tomorrow.

The actress has proven over the years that she is one to watch out for. During her time on The CW’s The Tomorrow People, she was a scene-stealer. The Tomorrow People focused on the life of Stephen Jameson, a new member of The Tomorrow People – a group of people who have superpowers as a result of evolutionary development – as they are hunted by an organization that is trying to wipe them out. In the show, she played Astrid Finch, Stephen’s best friend, whose life is in danger when she learns of his powers.

The People of Tomorrow was one of Madeleine’s earliest roles in the United States, and it opened the doors to many more possibilities for her.

The British actress was born on 26 May 1990 in Nottingham, England. Madeleine received her Bachelor of Arts in Music Theatre from The Arts Educational Schools, London. Being from Nottingham, she joins a list of other celebrities from the same city, including Joe Dempsie, Leslie Crowther, John Bird, Stephen Lowe, Justine Thornton, Samantha Morton, and Georgia Groome.

As an aspiring actress, it is common for people to speculate about their lives, especially about their ethnicity. To end these speculations, here is the answer: Madeleine McClintock is of Spanish and black British ethnicity.

The pretty British woman started out on television as the lead actress in Casualty – a British medical drama series that is broadcast weekly on BBC One. It is also the longest-running medical drama television series in the world. She starred as Scarlett Conway, a nurse. It was also the actress’ first role after graduating from acting school. She starred in 36 episodes of “Casualty” before continuing her acting career.

3 Quick Facts About The British Actress

When it recently became known that the CW was relaunching its famous “Charmed” series, many people were skeptical. But as more information about the series became known, people could see that it would be a good project. In March 2018 Madeleine Mantock was announced as one of the three main characters next to Sarah Jeffrey and Melonie Diaz

The new series revolves around three sisters who live in a university town when they discover that they are witches. Madeleine will play Macy, the eldest sister who has “a Ph.D. in quantum physics” and works in a university laboratory. Her power in the show will be telekinesis.

Before she was cast in Charmed, she played one of the lead roles in Into The Badlands. Her main character Veil is in a secret relationship with the main character Sunny (a warrior) as he travels through a dangerous feudal land with a young boy in search of enlightenment.

Into The Badlands was a hit for AMC, and especially her character was well received.

Not much is known about her private life, as she is one of the few actresses who has managed to keep this side of her life away from the tabloids, but there is currently speculation that she is single.

It’s hard to believe that the actress is currently single, considering her beauty, physique, and welcoming personality, but we should take her at her word. However, the actress has admitted that she is still friends with most of her ex-boyfriends and has managed to maintain a warm relationship with all of them.

As for what she would like her next boyfriend to do, she said that she is willing to date outside her ethnicity, he just has to be “completely British in nature and character”.