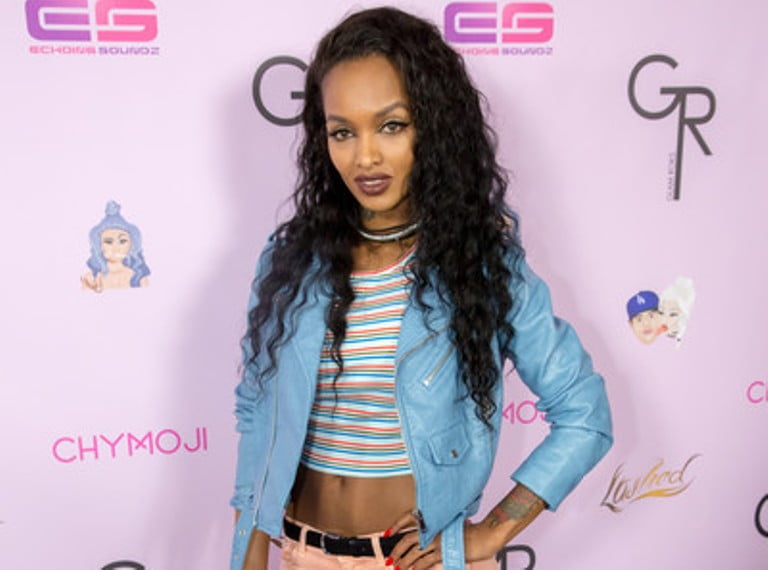 They say hip hop is a tough game where only the best survive. Whether you want to admit it or not, women have played an important role in hip hop from the very beginning. Women rappers have proven that women are strong and fearless when it comes to competition. Among the few women who are rappers is one named Lola Monroe.

Lola Monroe is an Ethiopian-American rapper, a glamour model, and a multi-talented actress. She is unique and has been in the spotlight for a long time after her debut album, released in 2010.

Monroe has collaborated with so many top American artists and has been on the cover of several magazines. Apart from rapping and modeling, the gorgeous rapper is also an actress and has appeared in several films, including Before I Self Destruct 2009 and Video girl 2011.

Let’s take a look at Lola Monroe’s biography, her relationship with King Los, her size, net worth, and other interesting facts about the famous African-American rapper.

The glamour model was born on 23 October 1986 in Addis Ababa, Ethiopia. Her birth name was Fershgenet Melaku, but she changed it to Lola Monroe in 2007. The new name was inspired by her love for the American filmmaker, actress, singer, and model Marilyn Monroe.

Lola grew up in Washington D.C. in the United States. Her parents are both of Ethiopian and Trinidadian descent, so she has a mixed ethnic background, she also has American citizenship.

When she was 12 years old, Lola began to take an interest in the entertainment business and started writing songs and poems at that age. She also acquired education, but information about her educational background has not yet been disclosed to the media.

ALSO READ: Jocelyn Towne: 7 Things You Need to Know About The Actress

Monroe’s career as a model began in 2006 after she came into contact with Mike Styles, a photographer, and her current manager Michelle Vieyra. She first appeared in city magazines, including Black Men Magazine and Smooth Girl Magazine.

She later appeared as a hip-hop model for famous artists, including 50 Cent, Kanye West, and Buster Rhymes, to name a few. She continued to achieve great fame and was involved in high-profile music videos and top magazines.

But out of love for music, Lola decided to give up modeling in 2007 to concentrate on her music career. She became the first international rapper from Washington D.C. In 2007 she released her first mixtape called Boss Bitch’s World. Later that year, she released another mixtape entitled The Lola Monroe Chronicles: The Art of Motivation and their joint mixtape entitled Untouchables.

In 2010 Lola released her first single entitled Overtime and her fourth mixtape entitled Batteries Not Included. After her unique and brilliant influence in the world of hip-hop, Lola was nominated for Best Hip-Hip Artist at the 2011 BET Awards.

She also joined the Wiz Khalifa label called Taylor Gang and was the first lady to be part of the gang. While she was there, she released a mixtape called Lipstick & Pistols and B.B. (Boss Bitch) Feat. Chevy Woods and Juicy J. in 2013.

In addition, the talented rapper left the Taylor gang in 2013 and founded her own label Blue Rose Entertainment.

Lola Monroe is also a wonderful actress; she made her film debut when she appeared in Wendy Williams’ biopic film entitled Queen of Media. She later appeared in other films including Before I Self Destruction (2009), Crazy Like a Fox (2010), Video Girl (2010) and The Platinum Life Series (2017).

Lola had a brief relationship with another rapper named Lil Boosie before she met King Los. The African-American rapper has been involved with King Los for a long time. Carlos Coleman, popularly known by his stage name King Los, is a well-known American rapper, singer, and record producer, best known for his mixtapes such as Becoming King, The Crown Ain’t Safe, and G.O.A.T.

Their relationship has been running smoothly for several years now and on Christmas Day 2012 Lola announced that she and her partner King Los are expecting a child. Later the duo welcomed their son named Brixton Royal Coleman on March 12, 2013.

However, it is not easy to take care of a child and at the same time work as an artist. This was the case with Lola and her son. Although her partner supported her in her career, it became so difficult for her to take care of her son and her music career. As a result, she missed an important studio session. The couple got together to look for a permanent solution to the problem and eventually decided to hire a nanny who would take care of her son while they had their busy schedules.

The couple currently lives with their sweet son in Los Angeles, they have not yet made a lifetime commitment, and we hope they will do so as soon as possible.

The amazing rapper is gorgeous, curvy, and very beautiful. She has a slim body build with seductive body measurements of 34-27-38 inches. Lola is of average height, standing at 5 feet 4 inches; her bra size is 34D and she weighs 50 kg.

The talented Ethiopian-American rapper has been outstanding since the beginning of her rapper career; she, therefore, has enormous wealth and enjoys a luxurious lifestyle. Lola Monroe currently has a net worth of $600,000; she earned her net worth through her rap career and as a model and actress.

Other Facts about Lola Monroe