The hot-looking model, Levy Tran, caught the attention of film lovers as an extraordinary, fiery, and courageous actress in the popular American action movie Fast and Furious 7. Below you will find her biography and brief information containing interesting facts about this extremely productive actress and model.

The actress was born on April 8, 1983, in San Jose, California, USA, as the daughter of Vietnamese parents who had immigrated to the U.S.A. Not much is known about her family and her early childhood, but sources say she has a sister named Chi.

Levy began her career as a teacher, and she taught in a kindergarten and a mortuary before she became interested in modeling and decided to change. With hard work in her new profession, she managed to get orders from well-known brands like Bizarre, Inked, and Tattoo Life. For reasons that we have yet to find out, she is affectionately called a goldfish by other models. As her fame in the modeling industry grew, she attracted offers to shoot, and in 2012 she had a guest appearance on the sitcom Guy Code, which aired on MTV2 and the series Gun Girl. 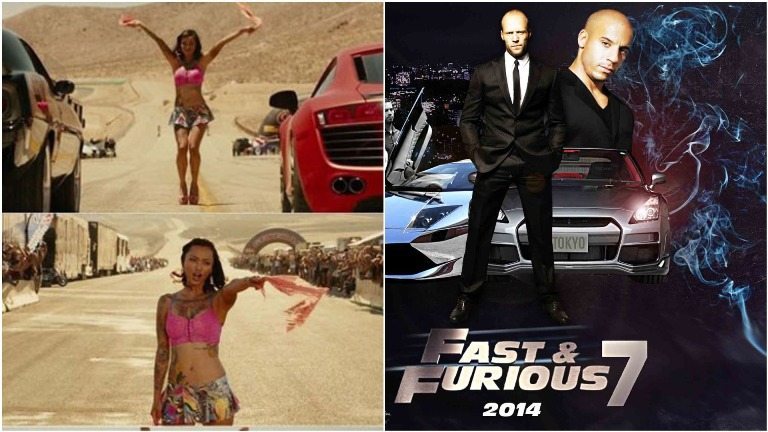 Her talented acting skills were celebrated, and in 2015 she made her film debut in the blockbuster Fast and Furious 7, officially launching her acting career as she attracted much attention. The following year, 2016, she starred in the film Female Fight Squad, and currently, she is scheduled to appear on the set of the film The Silk Road in 2018.

ALSO READ: Svetlana Bilyalova Height and 7 Other Facts You Need to Know

Ever since her appearance in the box-office hit Fast and Furious 7, which is said to have brought in around 1.3 billion dollars at the box office, people began to speculate about how much this exotic beauty is now worth. Also in connection with the fact that she had modeled for top brands, curiosity about her payslips and her total net worth continues to flourish.

Unfortunately, no official figure has been associated with her so far and she hasn’t told the public such details yet, but with her lifestyle, one can definitely say that she is doing well and earning a respectable amount of money with her acting and modeling.

6 Facts To Know About Her

1. She Holds A Bachelor’s Degree in Child and Adolescent Development

This sexy actress and model is not only a beauty but also has the brains to do so, as she is said to have successfully completed a BSc in Child and Adolescent Development with a minor in mathematics.

2. She is Vietnamese and an American Citizen

Although she was born to Vietnamese parents, Levy is now a citizen of the United States of America. This is why she is popularly known as an American actress.

3. Levy Tran is Neither Married Nor in any Relationship Presently

This sexy lady, hard as it may be to believe, is not in any kind of romantic relationship. She has practically left this aspect out of the public eye, which has caused fans to wonder what she is really up to. However, there was once a rumor that she was in a relationship with actor Ryan Reynolds and that the actor married Scarlet Johansson after their separation.

4. She is A Fitness Advocate

Levy is very principled when it comes to her body because she strongly believes in the fitness phrase “No Pain No Gain”, and to maintain her fitness and seductive looks, she should be a healthy eater and engage in religious activities. Her slim body, which is supported by her 5-foot 3-inch height, has body measurements of 32-24-35 inches, which gives her a perfect hourglass figure.

5. She has Flare for Tattoos

The actress is also known as a lover of tattoos, which should be her characteristic look. She has tattoos all over her body, ranging from human faces to drawings of colorful flowers and butterflies.

6. Levy is Active on Social Media

As a popular actress, Levy keeps her fans informed about her activities in life on social media platforms such as Instagram and Twitter, which she allegedly joined back in 2010.

Who Was Eddie Fisher, Who Was He Married To, What Did...

Who Is Iskra Lawrence? Her Boyfriend, Age, Height And Body Measurements