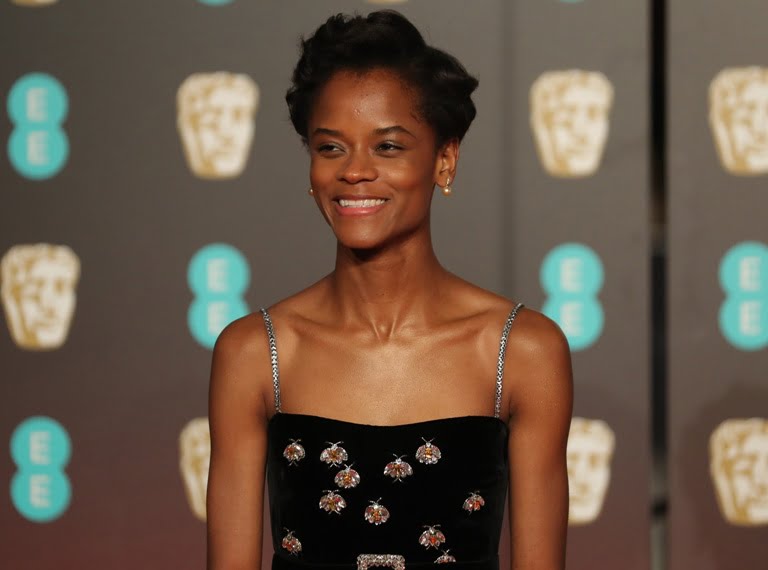 Letitia Wright is a British actress born in Guyana who became popular on the big screen in 2011 and has starred in several British TV series such as Top Boy, Coming Up, Chasing Shadows, and others. She was accepted into the group of “Breakthrough Brits” of the British Academy of Film and Television Arts (BAFTA) in 2015. Wright is best known for her active role in the American superhero movie Black Panther.

Wright was born in Georgetown, Guyana, but her family later moved to London when she was just seven years old. Raised in Tottenham, Letitia Wright received an education in London. According to her, the north of London will always be her home. The actress has also revealed her struggle with depression and the need to strengthen her bond with God.

She said that she needed to “take a break from acting because she “really idolized it. Wright, who did not want to hide her newfound Christain faith, went on her Twitter page shortly after the film’s premiere to quote Psalm 9:1. In her tweet, she praised God for all His blessings for her and the Black Panther team.

Letitia Wright said that after watching Akeelah and the Bee she was inspired to act and considered the leading actress, Akeelah Anderson (Keke Palmer), as a positive role model. In her quest to become an actress, Wright sent emails to various film agents describing her acting experiences. Eventually, she was picked up for smaller roles.

Wright was recognized by Screen International as one of the stars of tomorrow 2012 after she starred in My Brother the Devil and the City Anthem.

The Black Panther premiered in Los Angeles on January 29, 2018, and was brought to the big screen in the United States in 2D, 3D, IMAX, and other first-class large formats on February 16, 2018. It was considered one of the best films playing in the MCU because of its cultural significance.

In Black Panther, Wright played a character who is strongly influenced by technology: the mastermind behind it, or rather a victim of it. She became the film’s breakout star and played the role of Shuri, the 16-year-old half-sister of King T’Challa and princess of the fictional African country Wakanda. With a short, asymmetrical haircut and delicate facial features, the 24-year-old Letitia Wright convincingly passed for a teenager in the film. The film was released worldwide in February 2018. Her co-stars include Michael B. Jordan, Lupita Nyong’o, Danai Gurira, and Chadwick Boseman.

Speaking about how she was preparing for the Suri role, Wright said she had followed the script very closely and hadn’t looked at the comics so that she wouldn’t be overwhelmed by the fact that she played such an important role in the world of Wakandan. She describes herself as a “native young girl” trying to fulfill the purpose of her life. As Suri, Letitia Wright is transformed into a ruler of Wakanda – a fictional world. Suri possesses all the enhanced abilities given to the Black Panther by an ancient Wakandic ritual; she is a skilled martial artist who has access to extremely advanced technology and wealth and uses acquired trimorphous powers.

The Empty Panther is expected to generate nearly $1 billion in worldwide sales, making it the film with the highest sales in 2018.

Other Movies and TV

In addition to her breakout movie Black Panther, other movies TV appearances are listed below:

Now that Letitia Wright has become famous, it is very likely that she will be the first choice for film producers. But as one who wants to put her career in the shade, she announced her plans to “take a step back” from work, “travel a little more and live life”.