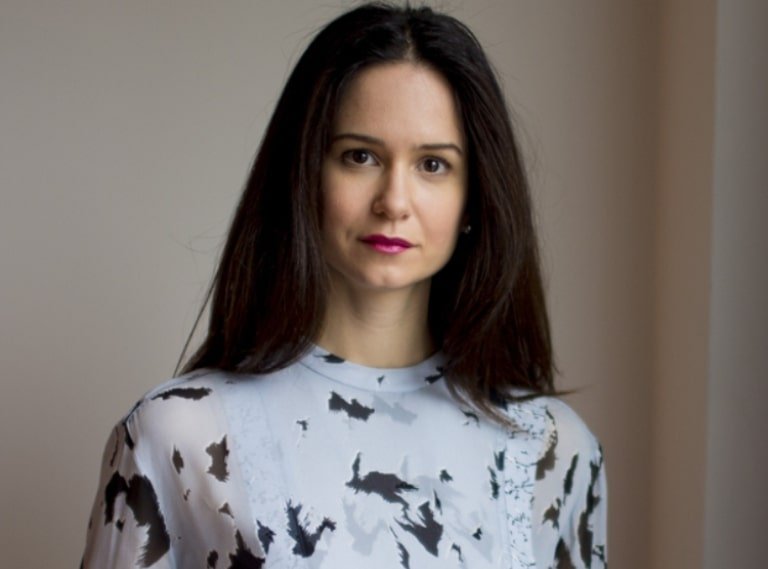 Katherine Waterston has been acting since 2004, but only became a household name in 2016 when she was cast as Porpentina in the film adaptation of JK Rowling’s Fantastic Beasts and Where to Find Them, the forerunner of the Harry Potter series. The role undoubtedly gained widespread recognition as her name has been on everyone’s lips ever since. Her performance received rave reviews when the actress received a nomination for the Teen Choice Awards as a Choice Fantasy film actress. Follow us as well and explore Waterston’s career before and after her high-profile role as Porpentina “Tina” Goldstein.

The beautiful actress was christened Katherine Boyer Waterston at her birth on March 3, 1980, in Westminster, London. Waterston comes from a family of entertainers. Her father is the veteran actor Sam Waterston, best known for his Oscar-nominated role as Sydney Scharnberg in the 1984 British biographical drama The Killing Field about the Khmer Rouge regime in Cambodia. He won a number of coveted awards for his role as Jack McCoy in the long-running television series Law & Order. His career spans over 5 decades, during which he has appeared in over 80 films.

Waterston’s mother, Lynn Louisa (née Woodruff), has also enjoyed a career in show business as a model. Kat’s immediate family is immersed in the world of entertainment. Her sister Elisabeth Waterston is an actress, while her brother Graham Waterston is a film director.

However, the most popular entertainer among her siblings is her half-brother James Waterston, who her father had with his first wife Barbara Rutledge before he was later to marry Katherine’s mother. James is therefore the oldest child of Sam Waterston. His father was married to his mother from 1964 to 1975. One year later, in 1976, he married Lynn Louisa Woodruff, who was to become Katherine’s mother.

James Waterston is best known for the role of Gerard Pitts in the 1989 film Dead Poets Society. Katherine Waterston attended the Loomis Chaffee School, which she graduated from in 1998.

Here’s Everything To Know About Her Career

Most actors today began their acting careers in school, acting school plays, but for Katherine the story is different. Katherine was born into a family where everyone seemed to be crazy about acting and Katherine realized that she would be different from the rest of her siblings. As a result, she developed a passion for something else – photography, thanks to her love for the darkroom that turned out to be a good place for her frightened youthful self.

Despite her early love of photography, Katherine would eventually find her way back into the family business of acting. After graduating from her college preparatory school in Windsor, Connecticut, Katherine Waterston went to New York where she entered the Tisch School of the Arts at New York University. At this school, she earned her BFA in Acting.

After graduating, Katherine spent years as an actress in various theater productions. Her first leading role in a play was in The Flea, a New York theater co-founded by Jim Simpson.

Later she also appeared in other plays, including Los Angeles by Julian Sheppard, Kindness by Adam Rapp, the original off-Broadway production of Bachelorette, the revival of The Cherry Orchard by the Classic Stage Company, and Classic Stage’s Dreams of Flying, Dreams of Falling, also by Adam Rapp.

While working in the theater, Katherine Waterston also worked in film, playing small roles in The Babysitters, Taking Woodstock, Robot & Frank, and many others. Despite a series of film appearances, Waterston struggled to make it into the mainstream until 2014, when she had a moment with her role as Shasta Fay Hepworth in the neo-noir comedy-drama thriller Inherent Vice. This role earned her the first 7 award nominations of her career, of which she won one – the Robert Altman Prize at the Film Independent Spirit Awards.

Waterston proved that her performance in Inherent Vice was anything but a coincidence when she impressively portrayed Chrisann Brennan, the ex-flame of Steve Jobs, in the 2015 biographical film Steve Jobs.

And then came 2016, when Waterston made the biggest breakthrough in her career as Porpentina Goldstein in Fantastic Beasts and Where to Find Them. The role earned her a Teen Choice Awards nomination as a Choice Fantasy film actress. Waterston resumed her role in the 2018 sequel. Her other notable work can be seen in the 2017 science fiction horror film Alien: Covenant.

Who Is Her Husband?

Katherine Waterston has never been married to anyone. However, she keeps the details of her love life very private, as she has no reports on social media, where the majority of fans often get a glimpse into the private lives of their favorite stars.