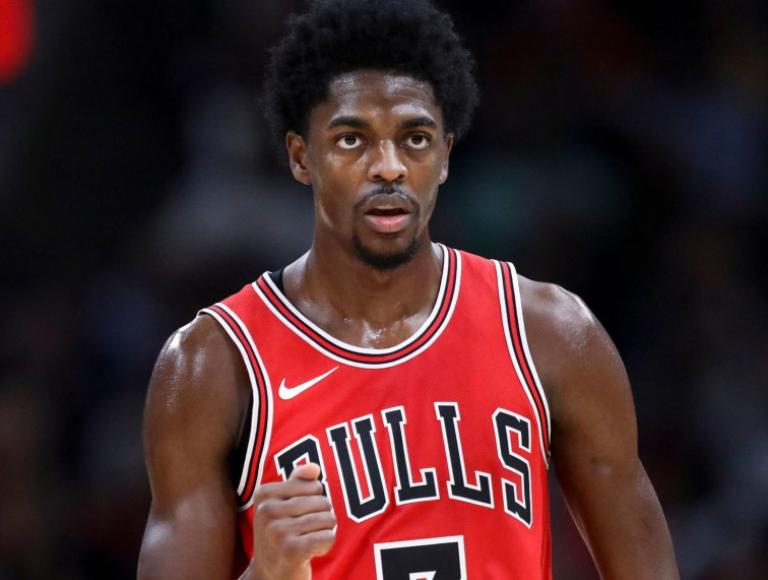 “Never Say Never” must be the mantra of Justin Holiday, if he has one. After he was not drafted in the 2011 NBA Draft, Holiday didn’t back down but fought his way up to get an NBA contract that would eventually help him win the 2015 NBA Championships with the Golden State Warriors, winning the trophy in front of many of his drafted peers.

Although Holiday is still struggling to find a long-term home, he has actually come a long way in his career, which serves as an inspiration for aspiring basketball players who might face the fear of not being selected when they are drafted.

Justin Alaric Holiday was born on April 5, 1989, in Mission Hills, California. Like Tyus Jones of the Minnesota Timberwolves, Holiday comes from a family of basketball players. His father, Shawn Holiday, and his mother, Toya Holiday (née DeCree), both played college basketball in the state of Arizona. His mother excelled more in the sport and was named Pac-10 Player of the Year in 1982, which was awarded to the most outstanding player.

As his parents’ first son and blessed with a large body size, Justin tried to follow in his parents’ footsteps and even go beyond what they had achieved. He began his career at Campbell Hall School in Studio City, California. Some of his achievements at school helped the team set a 33-1 record and win the Class IV State Championship.

After high school, Justin Holiday enlisted at the University of Washington to play in the Huskies’ men’s team. His freshman year was not nearly as impressive, as he only played a few games. However, Justin Holiday’s college career enjoyed a steady climb as he got better and better every year.

In the 2010 junior season, Holiday made the leap to the Pac 10 all-defense team. As a senior international, Holiday was at the side of his future NBA colleague Isaiah Thomas, who was appointed captain of the Huskies team. In the Netscouts Basketball, he would be voted Pac-10 Defensive Player of the Year.

After college, Justin hoped to play in the NBA, but his dreams did not come true easily. In the 2011 NBA Draft he wasn’t substituted, so things were a little harder for him. After a trip to Belgium with the Okapi eelstar, Holiday got his first NBA deal with the Cavs in October but was released days later.

Holiday’s suffering lasted for a long time. He had short-term contracts with the Portland Trail Blazers, the Philadelphia 76ers, and the Utah Jazz – the teams all waived him. As he still couldn’t get a foothold in the NBA, Holiday 2014 returned to Europe, this time to Hungary, where he had slight success with the Szolnoki Olaj.

Upon his return to the States, Justin was signed to the Warriors and contributed to the team’s victory over the Cavs in the 2015 NBA Championships. Winning the championships ended the constant abdication of Holiday. Holiday signed his first multi-year contract with the Atlanta Hawks in 2015 but did not see the contract end as he had moved to the Chicago Bulls. He had a short stint with the New York Knicks before returning to the Bulls in 2017.

Justin Holiday participated in the 2011 NBA Draft, but unfortunately, he was not selected. Unafraid, he kept his faith, held his head high, and continued his career. His next step was a trip to Europe, where he signed with Okapi Aalstar, a Belgian professional basketball club from Aalst, Belgium. Holiday won the Belgian Cup of the Year with the team, after which he returned to the United States to join the Cleveland Cavaliers for the 2012 NBA Summer League.

On the first of October 2012, he received his first NBA contract with the Cavs. It was not a contract that lasted beyond the month, but if anything, it gave Holiday the hope that he would be able to play in the NBA. The rest is, as they say, history. 2018 was a huge year for Holiday, as it was his best season since he started his professional career in 2011. In a game against Miami Heat in January 2018, Holiday scored 25 points, including seven three-pointers, which gave his team a 119-11 win.

Height, Weight and Other Facts

1. According to the player profile of Holiday on the official website of the National Basketball Federation, the little striker stands at a height of 1.9 m, which is 1.9 m He weighs 83.9 kg (185 lb).

3. Two of Justin’s younger brothers are also NBA players. Jrue Holiday plays for the New Orleans Pelicans, while Aaron Holiday was selected by the Indiana Pacers in the 2018 draft.

4. Justin has a sister named Lauren Holiday who, like her brothers, played college basketball for the women’s team at UCLA.

5. Justin is related to two women named Lauren Holiday, the first of whom is his sister and the other is Lauren Nicole Holiday (née Lauren Nicole Cheney), a retired American professional soccer player married to his brother Jrue.

7. The holiday is a devout Christian. His favorite scripture is 1 Corinthians 9:24-27.