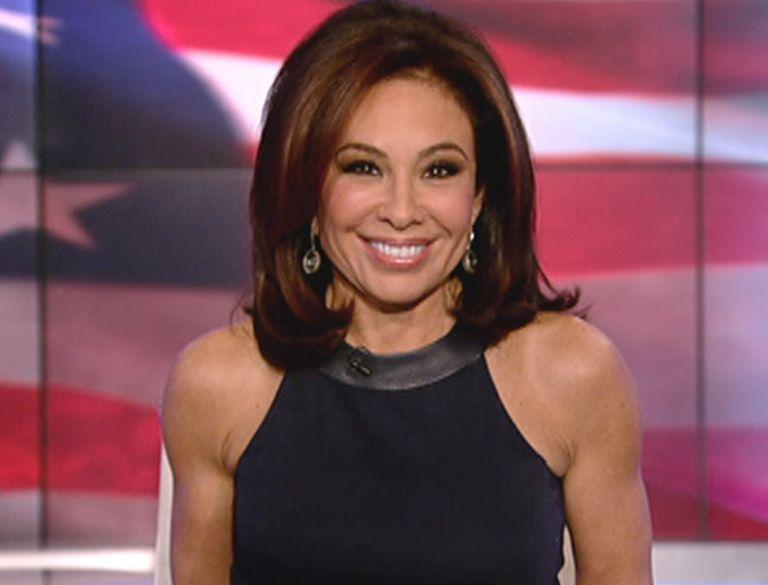 Judge Jeanine Pirro is a strong female personality that every woman in America looks up to. With such a varied career, there are few, including men, who could stand up to her. She is one of those women who focus on one thing and never look back. With such a single-minded mindset, Pirro has earned international respect for her roles as a former judge, politician, prosecutor, and, most interestingly, as a Fox News Channel judge with Judge Jeanine as a moderator.

Judge Jeanine Piro is also the name of a popular American reality court show based on arbitration that she presides over. The series show premiered on September 22, 2008, on The CW TV Network.

Jeanine Ferris Pirro is a Lebanese-American television personality, legal analyst, and author, best known as a former judge, prosecutor, and district attorney of Westchester County, New York, America. She was born on June 2, 1951, by her Lebanese parents Nasser and Esther Ferris.

Jeanine is a graduate of Notre Dame High School and attended the University of Buffalo, where she graduated with a Bachelor’s degree in Art. To earn her Juris Doctor (JD) degree, Jeanine went to Albany Law School at Union University, where she also worked as an editor of the Law Review.

Jeanine’s career in the law firm began in 1975, after graduating from Albany Law School. To her credit and as a testament to her hard work, Pirro was appointed to the position of Assistant District Attorney for Westchester County, with her sole responsibility being to write appeals and handle smaller cases. Two years later, she was named the first director of the Office of Domestic Violence and Child Abuse. During her year of service, she was known for her strict policy of not dropping cases at the request of a victim. Jeanine also claimed not to have lost a case, but she received widespread criticism, mainly for violating her official traditions.

In 1991, Judge Jeanine Piro became the first female judge in the Westchester County District Court, and in 1993 she was also the first woman to be elected District Attorney of Westchester County. Piro held this office until 2001 and was known as a passionate prosecutor. During her tenure, she held other notable positions such as the first female president of the New York State District Attorneys Association and the chairperson of the New York State Commission on Domestic Violence Fatality Review Board.

On August 10, 2005, Jeanine Pirro announced her intention to seek the Republican nomination for the 2006 New York Senate seat in order to challenge the first-term senator, Democrat Hillary Clinton. However, she withdrew from the senatorial campaign on December 21, 2005.

In terms of her career as a media personality, Judge Jeanine Piro joined Fox News Channel in 2006 and hosted the popular TV court game show Judge Jeanine Pirro, also known as Judge Pirro. In addition to this work, she has also been a guest presenter on television programs such as The Joy Behar Show, Larry King Live, and Geraldo at Large. Pirro is also a legal analyst for Fox News and a regular guest on Fox’s nightly satirical show Red Eye starring Greg Gutfeld. Her television show Judge Pirro, which premiered in January 2011, even earned her a Daytime Emmy Award.

Judge Jeaniene Pirro is worth $5 million, a sum she has earned in her decades-long career as a judge alongside her career as an elected public official and as a television personality. During her years as a judge, she has been known to handle a variety of cases, including rape, murder, and domestic violence. All of this led to her growing fame and visibility in the media. In 1997, she was included in the People magazine’s list of the 50 most beautiful people.

In 2015, Judge Jeanine Pirro purchased an 8,000 square foot, a sprawling mansion in Westchester County. The property, which had about five bedrooms, was worth over $5 million. She also owns property throughout New York City.

In 1975, Jeanine married Alberto Pirro, who happened to be her long-time boyfriend. Their union was blessed with two children – a son named Alexander Pirro and a daughter named Christi Pirro. Alberto and Jeanine met while studying law, but the former grew up in the town of Mount Vernon in Westchester County, New York. Shortly after their marriage, the Pirro family moved to the small town of Harrison, New York, where Pirro was able to work as an assistant district attorney and her husband was a lobbyist.

ALSO READ: Who Is Malik McDowell? 6 Facts About The NFL Defensive Tackle

However, the two separated after Albert was convicted of federal tax fraud and conspiracy of more than $1 million. Albert was sentenced to 29 months in prison in November 2000. When she was affected by her estranged husband’s case, coupled with discussions about his extramarital affairs, Pirro then decided that they would separate. The two announced their separation in November 2007 and their divorce was finalized in 2013. Pirro is currently single, living, and enjoying life with her two children.