A number of Colombian natives shine in Major League Baseball, and professional baseball pitcher José Quintana is one of them. Quintana started in the Venezuelan Summer League (VSL) in 2006 when he pitched for the New York Mets subsidiary VSL Mets. He spent the first five years of his career in minor league baseball before moving on to the major leagues in late 2011 thanks to a contract with the Chicago White Sox.

As an all-star in 2016, José Quintana continues to improve his game year after year. Here you will find everything you need to know about him.

José Guillermo Quintana was born on 24 January 1989 in Arjona, Colombia. He began his professional baseball career in 2006 when he signed with the New York Mets as an international free agent. The Mets sent him to the VSL Mets of the Venezuelan Summer League. The following season, Quintana was punished for violating the league’s drug policy, which is why he did not play in any matches in 2007.

The following year, 2008, he was signed by the New York Yankees and sent to the Dominican Summer League to play for their sub league partner, the DSL Yankees 2. Quintana then played for other Yankees subsidiaries, including the Gulf Coast Yankees, the Charleston RiverDogs, and the Tampa Yankees.

After the end of the 2011 season, Quintana became a free Minor League player and was subsequently signed by the Chicago White Sox, who kept an eye on him throughout the 2011 season. After the Sox signed him on November 10, 2011, they sent Quintana to their minor league partner Birmingham Barons.

Six months later, on May 7, 2012, he moved up to the Major League. However, he was sent back to the minor league but was due to return before the end of the month to play in a major league match against the Cleveland Indians, where he made a big impression.

ALSO READ: Who Are The Members Of A Tribe Called Quest? All You Should Know

In March 2014, José Quintana had impressed the Sox so much that he was granted a 5-year contract extension. At the end of the 2014 season, he became a “Super 2” referee who was eligible for arbitration, and as a result, he activated a clause that guaranteed the total value of his contract at $26.5 million.

In 2016, the year he was named All-Star, Quintana was nominated for the American League Cy Young Award but only finished 10th. At the 2017 World Baseball Classic, he played as a pitcher for the Colombian national team. José Quintana was transferred to the Chicago Cubs in July 2017 in exchange for four other players.

As of June 2018, José Quintana’s MLB statistics will read

His Wife and Family 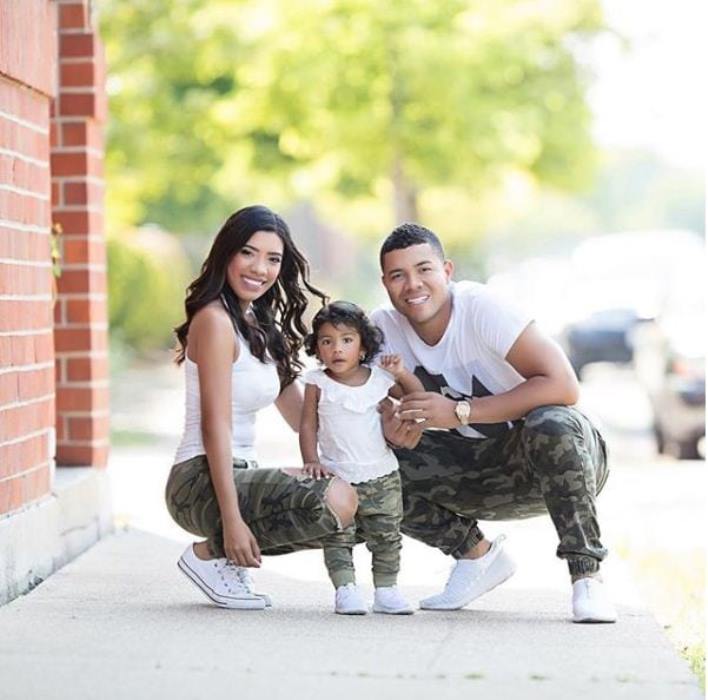 José Quintana is a proud husband and father, considering how often he raves about his wife and daughter on social media. Quintana made the covenant with his long-time girlfriend Michel Quintana (née Montana) on December 23, 2017.

The baseball star’s Instagram page is packed with photos from his wedding day as well as photos from vacation trips with his family. As we can see from the videos, Quintana and his wife Michel had a very colorful wedding with fireworks.

It’s not clear when their relationship actually began, but the couple had a child together before their marriage – a daughter named Ariadna Quintana, born on January 20, 2016. If Ariadna had waited four more days, she could have shared the same birthday with her father, who was born on January 24.

The charming little girl had a role to play in her parents’ wedding. Unlike her superstar husband, Mrs. Quintana is extremely private. Her Instagram account, where she boasts over 5.5K followers, is private. However, from our investigations, we found out that Michel is a psychologist in training. Her Instagram biography is “Psicologa en formation”, which in Spanish stands for Psychology Information. She was born on April 13.

José Quintana raved about his family in an interview with the Spanish media company El Universal and said that Michel and Ariadna were his “fighting motor” and a “great motivation for him”.

When the MLB season starts, Quintana’s family will live in an apartment on Michigan Avenue in Chicago. They also own a house in their native Colombia.