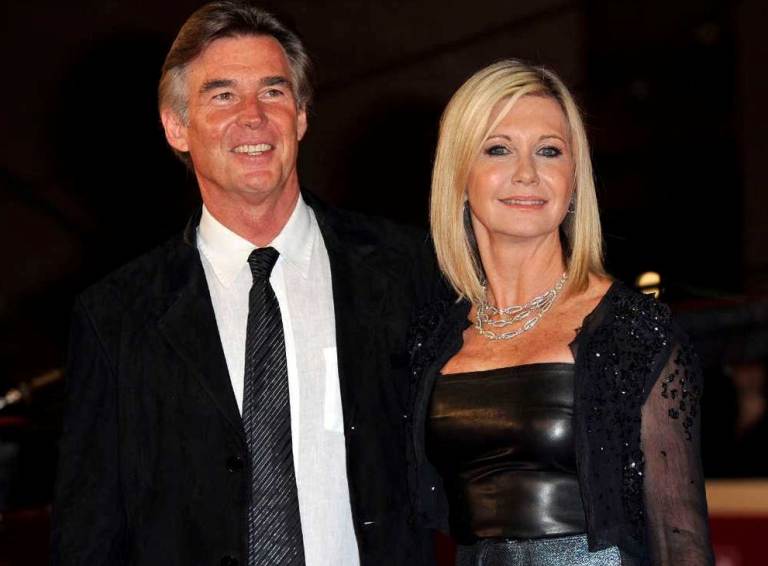 John Easterling is an adventure lover who participated in numerous adventurous activities in his youth. On one of his treasure hunts, he hiked to a Shipibo Indian village in the Amazon rainforest, where he contracted liver inflammation and jungle fever. Afterward, the locals gave him a healing herbal tea that not only removed his ailments but left him healthier than he had been for years. He found out that the real treasure is indeed in the heart of the Amazon rainforest.

He started an import business by importing herbs from the jungle and offering them to the people in the United States to provide a variety of healing formulas. An entrepreneur and conservationist, Easterling is a co-founder of the Amazon Herb Company, of which he is CEO and Chairman. He is also popular as the husband of singer/songwriter and actress Olivia Newton-John.

John Easterling was born on April 10, 1952, in Charlotte, North Carolina. No information about his family background is known. During his primary school years, he developed a fascination for the natural landscape of South America and had the dream of one day exploring the area and searching for treasures. Easterling studied Environmental Sciences at the University of North Carolina and graduated in 1976.

After graduating, he applied for the Peace Corps and was sent to the West African country, Côte d’Ivoire, but eventually went to South America in search of adventure. Soon after, he burned his money and began to trade in locally produced sweaters and scarves, rare minerals, Andean stones, and tribal artwork and began shipping them to the States. With enough money for a second trip, John Easterling returned to the continent.

On his second trip, it took him about three years to get to his first real excavation. He found some Colombian prehistoric works of art and textiles, which were later sold to museums and collectors. After that, he worked with gemstones in Brazil and Uruguay, imported about fifty-five-gallon drums with crystal balls and other materials, and supplied them to most of the psychics and seers in the States.

His epic adventure came to a dead-end in 1980 when he had a near-death experience with liver infection, hepatitis, and Rocky Mountain spotted fever. After recovery, chronic fatigue syndrome, the result of his compromised liver and deteriorating physical and mental health, made traveling difficult. Nevertheless, he continued to do what he loved. He began to go to the Amazon Basin, where he worked with various indigenous Indians and collected tribal objects and ceramics. He would soon discover what the real treasure was.

During one of his expeditions in 1990, John Easterling fell ill while driving a motor canoe along a river. Totally exhausted, he managed to reach a small village, where he collapsed on arrival. The native Shipibo Indians living there nursed him back to health by serving him a mixture of healing herbal tea, among other things. By taking it regularly, his condition improved significantly, and his chronic physical complaints and mental fatigue decreased considerably. Then the realization dawned on him that the true treasure of the Amazon was the precious herbs.

Afterward, he met and got to know the scientist Dr. Nicole Maxwell, who has been researching the medicinal herbs of the Amazon for over forty years. Together they founded the Amazon Herb Company in 1990, based in Jupiter, Florida. It also owns plantations in the Amazon region and is engaged in the production and marketing of herbs as well as cosmetics and herbal-based products. He then became known as Amazon John. In 2012, the company merged with an international wellness company, TriVita, based in Arizona.

John Easterling became the second husband of Olivia Newton-John in 2008. The duo met at an environmental exhibition and joined forces through their environmental protection and joint charities. They remained friends for almost two decades before they finally fell in love in Peru.

Olivia married actor Matt Lattanzi from 1984 to 1995, with whom she had a daughter, Chloe Rose Lattanzi. After her then-boyfriend, Patrick McDermott disappeared during a fishing trip, Easterling invited her to Peru. She later described the trip as a healing experience for her. He also supported her during her fight against breast cancer.

Soon after, they had two weddings within a month. The first took place on June 21, 2008, in a spiritual ceremony of the Incas on a mountain peak in Peru. Nine days later, they had a legal ceremony on a beach in Florida with their friends present.

The couple lives in Jupiter, Florida, near the popular lighthouse and spends much of their time traveling, protecting the environment, supporting education, research, and conservation. Their work has earned them several honors and recognitions. The Stroud Water Research Center presented them with the Stroud Award for Freshwater Excellence (SAFE) Water Award in October 2011 for their role in protecting the Amazon. Further awards include the ACEER Legacy Award in 2012.

In 2009, the couple bought a house on Jupiter Island in Florida for about $4.1 million. This house became the scene of suicide four years later when a man identified as Christopher Pariseleti shot himself while repairing the house. In 2016 they sold the house for $5 million.

The net worth of the entrepreneur and conservationist John Easterling has not been disclosed, but through his various ventures, especially his herbal company, he is raking in an incredible amount of income. He has also made several appearances in film and television productions, including Big River Man, The Bonnie Hunt, and Loose Women, further increasing his fortune. Meanwhile, his wife has a healthy net worth of $40 million.

Far from exploiting the rainforest, his company is ecologically sensitive and therefore respects the rules and laws of conservation and sustainable development. He has also helped to create financial opportunities for local tribes to survey, stakeout, and eventually own the forests and their treasures that have been a part of them for centuries through eco-trading. The company’s income is distributed to all those involved in the production cycle; from the farmers down to the distributors.