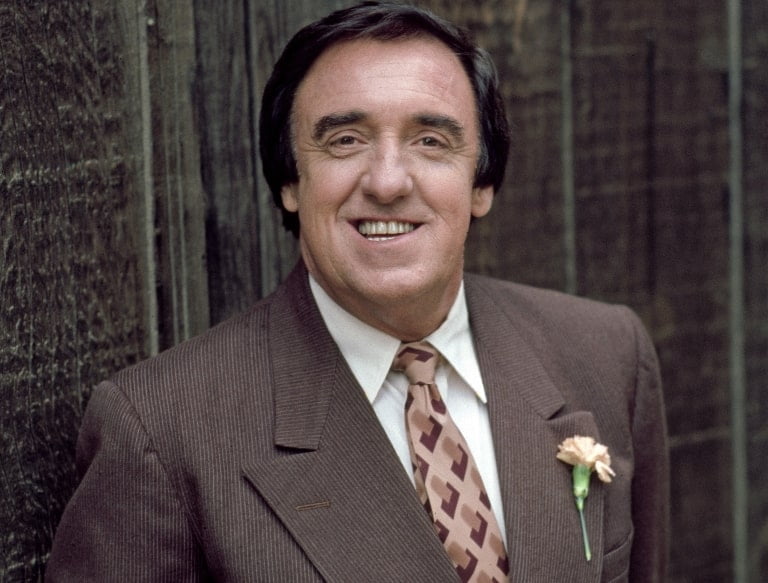 Jim Nabors was born on June 12, 1930, in Sylacauga, Alabama, and grew up in a typically religious household in Alabama. He had two sisters and his father Fred Nabors was a police officer, while his mother Mavis Pearl was a housewife.

Since high school, young Jim Nabors made a name for himself as a decent singer, he also sang in the local church choir. After graduating from the University of Alabama (where he had already begun to try his hand at acting), he moved to New York City, where he worked as a typist for the United Nations.

Because of his asthma, Jim soon moved to L.A. and worked on the periphery as a film editor for television. He also performed in nightclubs on the outskirts. During one of these performances, he caught the eye of comedian Bill Dana, who invited him to appear on the Steve Allen Show.

Jim’s breakthrough came when TV star Andy Griffith offered him the role of gas station attendant “Gomer Pyle” in his popular sitcom from the 1960s. The Gomer Pyle fever had gripped America and it was only a matter of time before the character would move on to his own series – Gomer Pyle: USMC in 1964.

With the fame and pomp of Gomer Pyle, Jim became a regular guest performer on all the leading variety and late-night shows at prime time in the country. Jim first demonstrated his singing skills on national television with a guest appearance on the Danny Kaye Show in 1964. Blessed with a unique baritone, Jim recorded his own songs, most of which were country, pop, and some gospel. One of his more memorable vocal performances came when he sang the national anthem before the first game of the 1973 World Cup in Oakland. After that, he performed in many more sitcoms and theater performances during an impressive 30-year career.

Net Worth and Properties

Jim Nabors lived for over three decades in Honolulu, Hawaii, where he owned an extensive plantation. In the later years of his life, he sold it to the National Tropical Botanical Garden, a conservation organization, but still retained significant agricultural rights to the land.

As an actor and singer, Jim never ran out of shows, jobs, and performances of all kinds to keep the income stream going. He appeared in many shows including The Andy Griffith Show, Sonny & Cher, The Tonight Show, The Dean Martin Show, The Smothers Brothers Comedy Hour, The Leslie Uggams Show, The Lost Saucer, The Muppet Show, The David Frost Show, and The Joey Bishop Show.

Based on the usual earning potential at the time, Jim Nabors was definitely an A-list actor; what is certain, however, is that he would have achieved far higher figures if he had worked. His net worth is estimated at 15 million dollars.

Was Jim Nabors Gay or Straight?

There was a time when being gay was foreign to even American society. Many years before gay marriage was legalized in the USA, there were already rumors that Jim was gay. In 1978 he had brought his then friend Cadwallader to his Indy 500 performance. Although he had never openly expressed his sexual orientation back then, this action made tongues wag.

On January 15, 2013, at the age of 82, one month after same-sex marriage became legal in Washington, Jim Nabors married his 38-year-old partner Stan Cadwallader at the Fairmont Olympic Hotel in Washington.

The wedding ceremony took place in the privacy of the couple’s hotel room and was presided over by a Washington judge. The lovers met in 1975 when Cadwallader was a Honolulu firefighter.

Jim Nabors was married to Stan Cadwallader. In his heyday, there were rumors that Jim was involved with the actor Rock Hudson and actually married him. At the time, Hudson never admitted publicly that he was gay, nor did Jim. The saga was swept under the carpet, but the two never spoke to each other again.

Jim Nabors Cause of Death

On a trip to India in 1994, Jim came into contact with hepatitis B after cutting himself with a razor, he underwent surgery that same year to replace his liver with a transplant. The doctors told him that hepatitis B would remain in his system and could eventually infect his new liver.

As part of the measures to contain the disease, he was told that he would need high doses of a gamma globulin serum and other drugs for the rest of his life. Jim Nabors died at his home in Honolulu, Hawaii on November 30, 2017, at the age of 87.