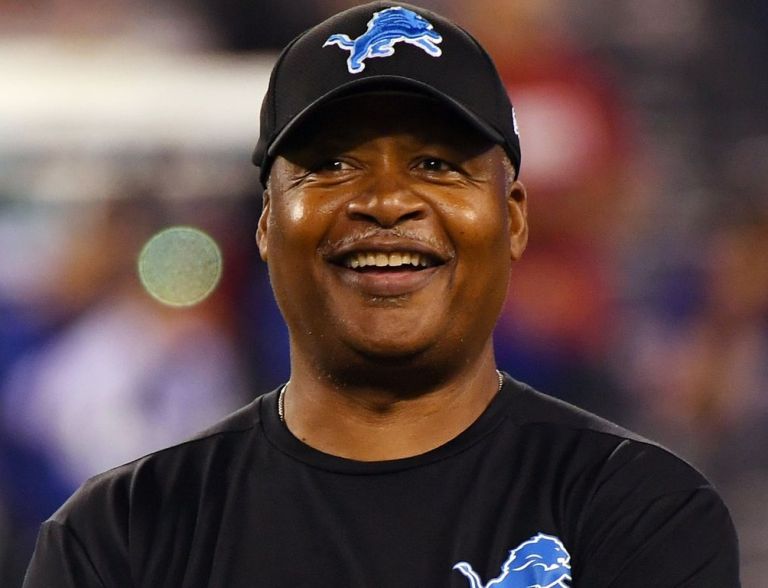 Many college footballers leave school with the hope of being drafted into the NFL, but Jim Caldwell is one of the few who entered coaching instead. His coaching career spans four decades, and during that time Caldwell has coached NFL teams like the Indianapolis Colts, the Baltimore Ravens, and the Detroit Lions.

As a coach, he has won two Super Bowl titles (Super Bowl XLI and XLVII). Here is a look at Caldwell’s career over the years and more.

Coach Jim was born on January 16, 1955, as James Caldwell in Beloit, Wisconsin, a small town that borders Illinois. He attended Beloit (WI) Memorial High School, where he started playing football. After graduating high school, Caldwell enrolled at the University of Iowa in 1973. For the next four years at the school, he played as a defensive back for the Iowa Hawkeyes national team.

And then came 1993 and Caldwell got his first offer as head coach at the private independent university Wake Forest University. With this position, Caldwell made history by becoming the first black American coach ever to coach a team at the Atlantic Coast Conference (ACC).

With his rich experience in attacking, Caldwell made an immediate impression on Wake Forest and became well known. Many began to refer to him as the offensive guru.

In 1999, his penultimate year in Wake Forest, Caldwell led the Demon Deacons and won the Aloha Bowl title. He may only have had one successful year with the Deacons, but Caldwell’s attacking skills caught the attention of the Tampa Bay Buccaneers head coach Tony Dungy, who offered him his first NFL coaching job as quarterback coach for the Buccaneers.

When Dungy moved to the Indianapolis Colts in 2002, he took Caldwell with him. And together they won the Super Bowl XLI. After the great Dungy retired in 2008, Caldwell was appointed as his immediate successor. In his 2009 debut season, Caldwell finished with a record 14-2, which is still one of the best for an NFL rookie season of a coach.

In the third season, Caldwell’s performance began to deteriorate, in part due to the absence of her star quarterback, now-retired Peyton Manning. He was fired in 2011 and then spent a year (2012 – 2013) with the Baltimore Ravens as quarterback coach and offensive coordinator. Caldwell’s offensive skills helped the Ravens win the Super Bowl XLVII against the San Francisco 49ers.

In January 2014, Caldwell broke another record when he became the first black American coach to become head coach of the Detroit Lions. Caldwell was dismissed after three seasons with the Lions on New Year’s Day 2018.

His Contract, Salary, and Net Worth

As Caldwell’s career has evolved over the years, so has his salary, which is often hidden from the public. According to unconfirmed sources, Caldwell earned a $4 million salary during his early years with the Detroit Lions.

Caldwell was signed by the Lions around August 2017 with a multi-year contract extension, ESPN announced in early December of that year. While the contract extension was initially seen as job security for Caldwell, who had been in the hot seat since 2015, an ESPN source explained that the contract actually offered less job security because it meant that if the team decided to fire Caldwell, Caldwell would only receive guaranteed payments for the 2018 season.

The net worth of Jim Caldwell is estimated at $12 million.

Jim Caldwell has been married to his wife Cheryl for over 4 decades. They met in their teens (15 years to be exact) and have stayed together ever since.

Caldwell and his family have kept relatively quiet over the years. In a 2014 interview with the Oakland Press, Cheryl revealed that throughout his coaching career, her husband never came home frustrated about a lost game.

Together, the couple founded the Caldwell Foundation in 2009. The organization’s goal is to help children gain access to digital education.

Caldwell and Cheryl have four children together, including sons Jimmy, Jermaine, Jared, and daughter Natalie. Both Jimmy and Natalie played college sports; the first played football and the second played basketball. Jimmy has at least two children with his wife, which makes Jim Caldwell a grandfather.

ALSO READ: Who Is Fergie’s Husband/Family Member? What Is Her Age, Height And Net Worth

Why Was He Fired?

Jim Caldwell’s job with the Lions was first threatened in 2015 after the team set a 7-1 record, but Caldwell saved his job after a historic win over the Green Bay Packers.

Caldwell was credited with bringing a revolution to the Lions’ way of playing, but the team’s new general manager, Bob Quinn, was not happy with the Lions’ inability to win in top competitions. The final straw was when the Lions were eliminated in the postseason and lost to the Cincinnati Bengals. The day after the season ended, news of Calwell’s elimination hit the airwaves.

Despite his relatively unsuccessful seasons with the Lions, Caldwell was the team’s most successful coach since Buddy Parker. He left the team with a profit share of (.563).

After his firing, Caldwell said he was open for a job but would not go hunting.