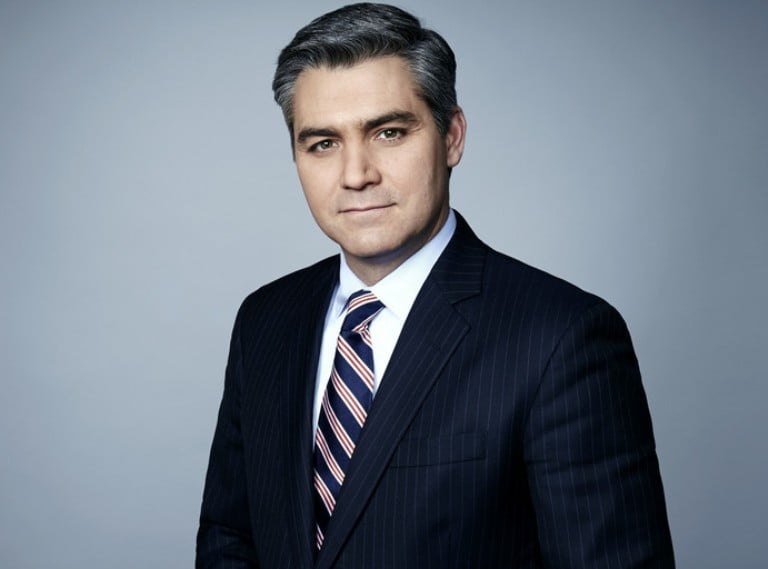 Jim Acosta is a veteran American journalist with Cuban roots who currently works for CNN as the White House chief correspondent. He worked for CBS before joining CNN in 2007 and was dismissed as “fake news” by then-President-elect Donald Trump. Read more about his family, his wife, and why he divorced his wife after 24 years of marriage.

The American journalist was born Abilio James Acosta on April 17, 1971, in Washington, D.C., but grew up with his parents in Annandale, Virginia. Jim Acosta is of mixed descent, as his father is of Cuban descent and emigrated from Cuba to the United States after the Cuban Missile Crisis at the age of 11. His mother (Jim Acosta) is of Irish and Czech descent.

Acosta attended high school in his neighborhood – Annandale High School in Annadale, Virginia. After graduating in 1989, he enrolled for college at James Madison University in Harrisonburg, Virginia. He graduated in 1993 with a bachelor’s degree in mass communication and a minor in political science.

After graduating in 1993, Jim Acosta began working at the Washington-based commercial AM news/talk radio station WMAL, where he also began his career as a journalist. The following year, in 1994, he switched to television when he got a job as a desk assistant at Fox’s own station, WTTG-TV, but he was not happy with the position and wanted to join, so he joined WBIR-TV in Knoxville, Tennessee as a reporter and sometimes worked as a TV host. This seemed to be the goal he was aiming for, so he stayed in this job for three years before leaving in 1998 to work as a reporter for KTVT-TV in Dallas (1998-2000) and WBBM-TV in Chicago (2000-2001).

During his time at WBBM, Jim Acosta was offered a job at CBS, where he later worked as a correspondent, reporting on both Dallas and Chicago. At CBS, Jim Acosta covered the Iraq War, Hurricane Katrina, John Kerry’s 2004 presidential campaign, etc. His time at CBS ended when CNN called in 2007.

His first assignment, after joining CNN in April 2007, was the presidential campaign of Barack Obama and Hillary Clinton – both Democratic presidential candidates in 2008. He hosted the CNN show “Ballot Bowl”, a political program that airs on weekends, and served as a correspondent for “American Morning”.

In February 2012, he became CNN’s National Political Correspondent before becoming the White House Senior Correspondent for CNN – a position in which Jim Acosta interviewed U.S. presidents about their policies. One example of this was in 2015 when he directly asked then-US President Barrack Obama a question about his ISIS combat strategy policy. He was later to be promoted to the chief correspondent of CNN in the White House in 2018. His Cuban roots became an asset when he had to report on the historic visit of former President Obama to Cuba in March 2016.

In January 2017, US President Donald Trump, in his first press conference, called CNN “fake news” because he refused to answer questions from Jim Acosta, who was among the journalists in the press room.

The veteran journalist is currently single but has been divorced from his wife for 24 years. Jim Acosta was married to his college sweetheart, Sharon Mobley Stow, in 1993. They met at James Maddison University and dated throughout their school years. Only a few months after graduating from university, the couple in love went straight to the altar in the holy estate of marriage.

After a long wait, the union was blessed with three children – two daughters and a son. The beautiful children were not strong enough to hold the marriage together, because in 2017 Acosta and his wife Sharon, a registered nurse who had been married for 24 years (1993 – 2017), resigned. To this day the couple remains silent about the reasons for their separation. They have not spoken about it in any broadcast or given any interviews about it, as they have remained silent on this issue.

The only relationship associated with Jim Acosta is with his now-estranged wife, Sharon Mobley Stow. They were married between 1994 and 2017 and, as mentioned above, had children together. So it is hard to tell if he is having a secret homosexual affair since he is now single and seems to enjoy life as it is. The question of Jim Acosta’s sexuality – whether he is gay or straight – arises from the fact that he is divorced from his 24-year-old wife without any reason for the separation being given. At the moment, however, it is safe to say that Jim Acosta is not gay.