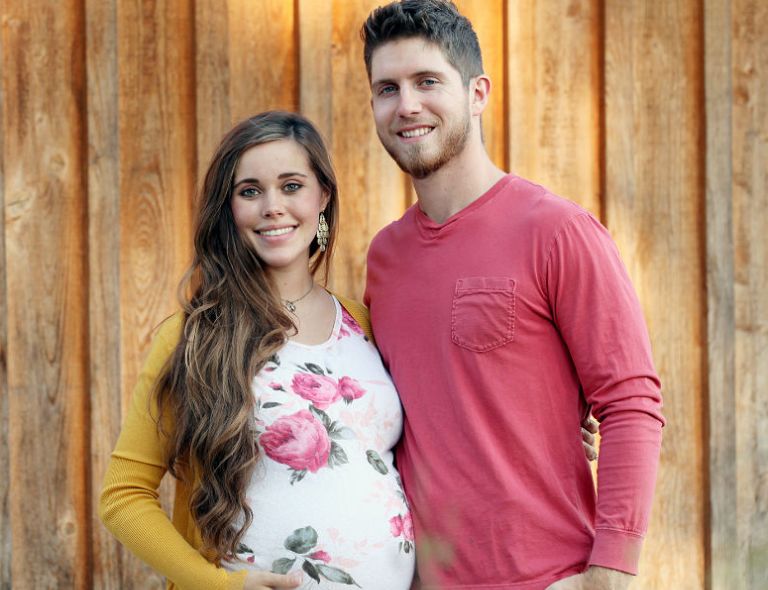 Jessa Duggar Seewald is an American-born reality TV star, media personality, and author. She shot 19 Kids and Counting into the limelight on the reality TV show alongside other members of her relatively large family – the Duggar family.

After the show was canceled in July 2015, the family quickly returned to television with the spin-off Counting On. In addition to her long reality TV career, Jessa Duggar Seewald has also worked on a book project with three of her sisters – Jana, Jill, and Jinger.

Jessa Lauren Seewald (née Duggar) was born on November 4, 1992, in Tontitown, Arkansas, the son of Michelle (née Ruark) and Jim Bob Duggar. Her father Jim Bob alias James Robert Duggar is not only a reality TV star but also a real estate agent and a republican politician. From 1999-2002 Mr. Duggar was a member of the Arkansas House of Representatives.

Jessa Duggar grew up at the side of 18 siblings; 8 sisters and 10 brothers, all of whom were featured in her longtime reality show. They are a close-knit family of independent Baptists, and all Duggar children were home-schooled.

Jessa Duggar’s showbiz career has mainly revolved around her family’s longstanding reality shows. In 2014 she wrote the book Growing Up Duggar: It’s All About Relationships together with three of her sisters Jana, Jill, and Jinger.

However, the fortunes of the once very famous clan took a heavy nosedive in 2015 after the controversy over sexual harassment that flooded the family. The TLC network, through which the show was broadcast, lost several major sponsors and advertisers, which eventually led to the cancellation of the show in May 2015.

Fortunately for the Duggars, they weathered the storm successfully and quickly returned to television with a spin-off show (Counting On) in December 2015. Jessa Seewald Duggar also enjoys a massive following in social media and has therefore also immersed herself in social media marketing. The TV star Jessa Duggar currently has a net worth of $400,000.

Her Family – Husband, Baby, and Twins

The Duggar clan consists of Duggar parents Michelle and Jim Bob Duggar and their 19 children. Of the 19 children of the couple, there are 2 pairs of twins. They welcomed the first group in 1990, daughter Jana and son John-David. In 1998 the couple welcomed the second group of twins, Jedidiah and Jeremiah.

Jessa Duggar Seewald is currently married to Benjamin Michael Seewald. The couple met in church and were fans of accompanied courtship. Their courtship was officially announced on September 16, 2013, on the Duggars’ website. The following year they became engaged and finally entered into the bond of marriage on 1 November 2014 at First Baptist Church Bentonville, Arkansas.

Their first child, a son named Spurgeon Elliot Seewald, welcomed the couple on November 5, 2015, and the boy was named after 2 prominent Christian missionaries: Charles Spurgeon and Jim Elliot. Jessa and Benjamin announced their second pregnancy in mid-2016. On February 6, 2017, they finally welcomed a second son, Henry Wilberforce Seewald.

1. Jessa Duggar Seewald made her television debut in 2004 in a one-hour documentary entitled 14 Children and Pregnant Again, which featured her parents and her first 15 children. The family also appeared in a subsequent documentary entitled Raising 16 Children, which was produced after the birth of their sixteenth child.

ALSO READ: Sara Jean Underwood Biography And All You Need To Know About The Model

3. 19 Kids and Counting was the highest-rated show on the TLC (The Learning Channel) network, averaging 2.3 million viewers in each new episode. However, after 10 successful seasons, the show was interrupted after allegations of sexual abuse within the Duggar family at what can be considered its peak.

4. The series was canceled due to allegations that the Duggars’ oldest child, Josh Duggar, allegedly molested 5 underage girls as a teenager. Following the scandal, his sister Jessa Duggar also revealed in June 2015 that she was among the victims of the harassment.

5. However, Duggar’s reality TV career survived the sexual harassment scandal. In December 2015, her initial show 19 Kids and Counting was quickly replaced by a spin-off from Counting On, excluding her eldest child Josh Duggars. This new spin-off has managed to gain momentum over the years.