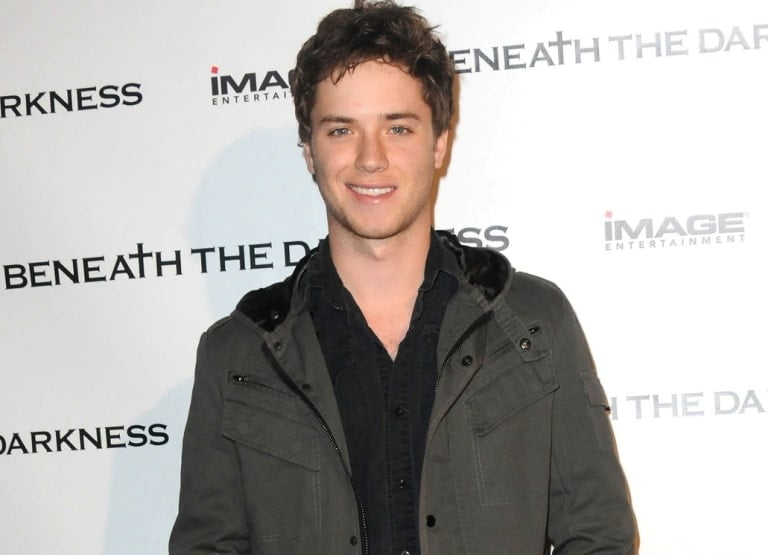 In 2003 Jeremy Sumpter conquered the hearts of many people with his portrayal of Peter Pan in the film Peter Pan. Years later, the young and prolific American actor is still alive and well with many films to his credit. He has played prominent roles in films such as Into the Storm (2014) and was also featured in the TV series Friday Night Lights, which ran from 2008 to 2010.

The actor was born on February 5, 1989, as Jeremy Robert Myron Sumpter as a twin with Jessica Sumpter in Monterey, California. His family soon moved to his mother’s hometown in Mount Sterling, Kentucky when he was only 10 months old, and it was here that the actor and his siblings were raised.

When he was six years old, his parents, who noticed his artistic inclination, enrolled him in the state “Gifted Arts” program. His talent was so unique that he was the youngest participant in this very prestigious and coveted program.

His family moved again to a city called Lexington, where he ventured into modeling. He ran on the catwalk for various local designers and gradually became popular. At the tender age of 11, Jeremy was accepted into the International Modeling Association. He first modeled in Kentucky, and in 2000 he won the prestigious Pre-Teen Male Model of the Year award. At that time he felt the need for a personal manager and hired Mark Robert to do the job. The whole family later moved to Los Angeles, California to provide him with better opportunities. It wasn’t too long before Jeremy really started his acting career.

Jeremy Sumpter is an actor fully dedicated to improving and developing his craft. He makes sure that he gives his best in every role he takes on. There is hardly a film in which he has not been nominated for an award. Jeremy Sumpter first had the opportunity to appear as an actor in 2001. He played in the film Frailty, in which he played the young Adam Mieks in flashbacks. The film was a critical and commercial success. His performance earned him a Saturn Prize nomination for “Best Performance by a Young Actor”.

Also in 2001, he appeared in Raising Dad, which became his first television appearance. He also had a brief appearance in the medical drama series ER. His next role was in the family drama series Local Boys (2002), in which he was cast as Skeeter Dobson.

Jeremy’s career progressed rapidly, and in 2003, when he was just 13 years old, he was chosen to play the role of Peter in the fantasy adventure movie Peter Pan. For the young Jeremy Sumpter, this was a dream come true, as he got the opportunity to work with PJ Hogan, one of the great wigs of the film industry. For his stunts in the film, he got himself to train up to 5 hours a day. His training included weight lifting and gymnastics. His efforts paid off with a successful film, which earned him both a Saturn Prize and a Young Artist Award.

For the film Cyber Seduction, he received a nomination as a young artist: His Secret Life, in which he took on the role of a porn-addicted teenager in 2006. Jeremy has received a number of nominations, recognitions, and awards in his young and eventful acting career. The constant recognition he enjoys underlines his potential as an actor.

Jeremy Sumpter is one of the twin children of Gary and Sandy Sumpter. His twin sister, with whom he shares two other siblings, Travis and Jennifer, is Jessica Sumpter. Like her brother, Jessica Sumpter has made a career as an actress, although she hasn’t acted in many movies.

Jeremy’s father (Gary Sumpter) makes films on a part-time basis. In his short film “The Binge” Jeremy supported his father by working as a cameraman.

Still not married, he has met a number of women in the past. From 2003 to 2005 he was with Rachel Hurd-Wood and from 2007 to 2009 he was in a relationship with Alyssa Tabit. In 2010 he started dating Lauren Pacheco II, whom he engaged in 2016. Only a few months later, however, the engagement was terminated. Jeremy announced on his social media that they were no longer together, but gave no reason why they broke off the engagement.

Until now it is not known if he is with anyone.