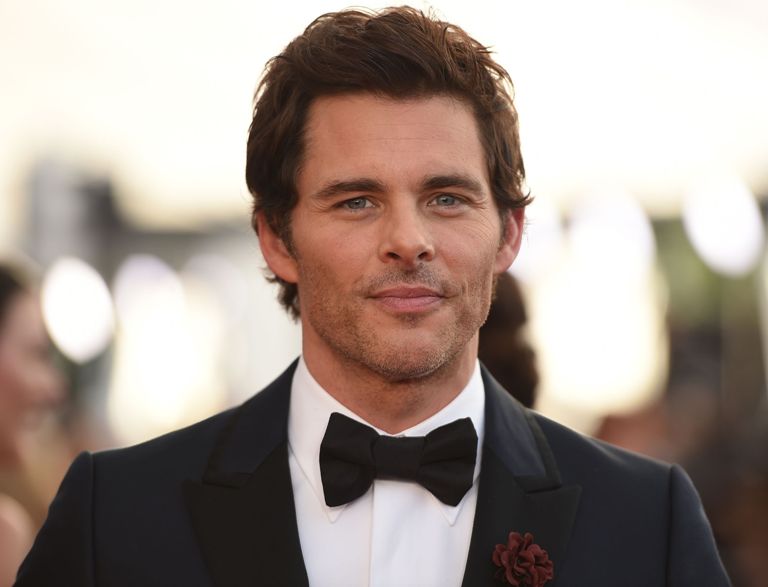 No matter how talented he is, James Marsden simply does not get the recognition he deserves. Not only did he play the leading role of a superhero in the X-Men movie series, but he also appeared in Saved by the Bell: The New Class, Party of Five, Superman Returns, Touched by an Angel, and now he’s appearing as one of the main characters in the already iconic Western World.

Although he is known for his roles in comic book films, James has starred in a variety of films including the musical – Hairspray; the family-friendly films – Hop and Enchanted; and the romantic comedies – The Best of Me and 27 Dresses. He showed his comedic streak when he played Criss Chros, Liz Lemon’s friend in 30 Rock. He also starred in several independent films, including Robot & Frank, Small Apartments, and Bachelorette.

Some of his other film appearances include Anchorman 2: The Legend Continues, The Butler, The Notebook, Death At A Funeral, The Female Brain, Tour de Pharmacy, and Walk Of Shame.

From his good looks, you can easily tell that James Marsden is a former model.

ALSO READ: Who Is Frankie Jonas? Age, Height, Net Worth, Girlfriend, Where Is He Now?

You can read more about the actor below:

James Paul Marsden was born in Stillwater, Oklahoma, on September 18, 1973, the son of Kathleen and James Marsden. His father was a Professor of Animal Science and Industry at Kansas State University, while his mother was a nutritionist. Sadly, his parents divorced when he was nine years old. James has two brothers – Jeff and Robert – and two sisters – Elizabeth and Jennifer.

The young actor attended both Hefner Middle School and Putnam City North High School in Oklahoma City. He also studied broadcast journalism at Oklahoma State University, where he was a member of Delta Tau Delta.

After a year and a half at Oklahoma State University, James Marsden dropped out of his studies and moved to Los Angeles to become an actor. We have to admit that this leap of faith has paid off.

Although James Marsden has dated women time and again, there is still speculation about his sexuality. For the record: James Marsden is completely heterosexual. The actor has also had several relationships with women, including his time with Rose Costa, Cherie Thibodeaux, Sukie Waterhouse, Emma Deignan, and his most famous relationship – Lisa Linde.

The actor was once married to Lisa Linde, the daughter of Dennis Linde – an American country songwriter who worked most of the time in Nashville. James and Lisa were married for over a decade, and during that time they had two children together. They both had a son and a daughter. Their son was born in 2001 and their daughter was born in 2005.

After his divorce, James fathered another child with his girlfriend at the time, Rose Costa, but they have since separated.

James Marsden currently has his height indicated at 5 ft 10 in, and it is said that he currently weighs 74 kg (163 lbs). The actor is certainly committed to staying fit and healthy by eating right, not eating late, and exercising frequently.

He trained with fitness coach Aaron Williamson to be in top shape for his role in the romantic movie The Best Of Me in 2014.

ALSO READ: Is Don Lemon Of CNN Gay? Who Is The Partner, Boyfriend Or Husband, Salary, Net Worth

However, since 2015, James has been training with Tyer Lough (a personal trainer) to maintain his amazing constitution. The actor likes to stay in excellent shape because of the physically demanding nature of the roles he takes on.

Besides training in the gym, James also does various sports as part of his fitness routine.

James Marsden currently has a net worth of $8 million. This is the result of his years in the industry. The actor has proven himself versatile enough to take on comic blockbusters, short indie films, and even romantic comedies. As a result, this versatility has made him a highly sought-after actor in Hollywood. As long as he is in demand, the money will keep coming.

Add to this the fact that James Marsden is currently also starring in one of the most successful television shows of the present day, and we can, therefore, be pretty sure that as long as the show is aired, James Marsden will only make more money.