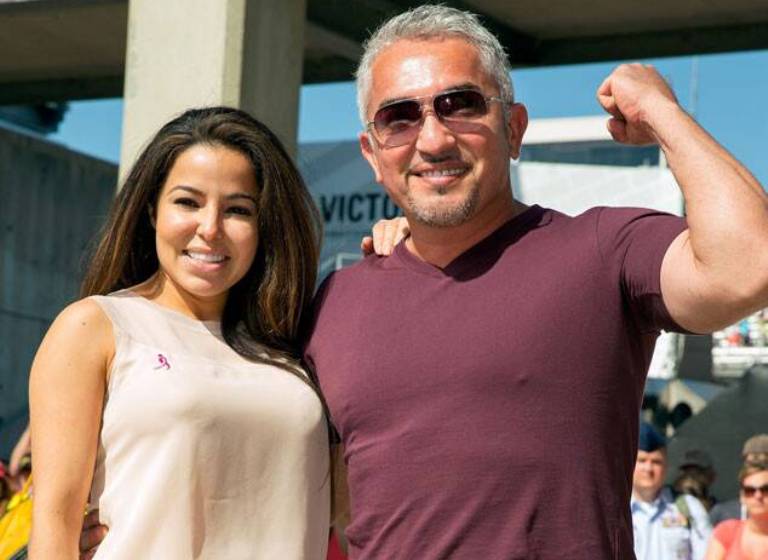 Many women have attracted a lot of media attention through their relationship with famous stars, and Jahira Dar is one of them. Although an actress, former stylist and wardrobe consultant, Jahira Dar is best known in America as the one who helped her favorite dog whisperer, Cesar Millan, overcome the pain and trauma of his devastating divorce from his 16-year-old wife, Ilusión Millan. Here is what we know about her and her relationship with Cesar Millan.

Dar, born in 1985, comes from the Dominican Republic. She has managed to keep a very high profile life away from the media, so not much is known about her except what her famous husband tells the media.

Jahira Dar was a normal American who lived her life until she met Cesar Millan. How normal? Well, at the time she met Cesar, she was working as a saleswoman in a Dolce & Gabbana store.

According to our sources, Dar worked as a stylist once before pursuing a career as an actress. It seems, however, that she was not very successful in acting, as the media is not aware of any movie she starred in. Dar has also worked as a wardrobe consultant.

From 2012 she appeared in several episodes of Dog Whisperer as Cesar’s girlfriend.

Facts about her Relationship with Cesar Millan

The year 2010 was a terrible year for Cesar Millan, it was almost as if all the demons of hell had been unleashed on him. First of all, he lost his beloved American pitbull-terrier-dog Daddy on February 16th, 2010 (Hello dog whisperer fans). The dog lost his life to cancer.

Although Cesar Junior had trained as a substitute, he did little to fill the void in his heart. “I never had a dog like daddy. I was amazed by his intuition, comforted by his affection and impressed by his quiet compassion,” Cesar enthused about his late dog in 2009.

As if it wasn’t enough to deal with the loss of his right hand, Cesar’s emotions were further hurt by his wife, Ilusión Millan, who filed for divorce in June 2010, seeking primary custody of her two sons, André (born 1995) and Calvin (born 2001).

All this drove Cesar to the brink of insanity and forced him to attempt suicide.

“I fell into a great depression. I lost a lot of weight. And I felt that I had lost the most important thing, namely my family”, Cesar told E! about the darkest time of his life.

Fortunately, Cesar was able to turn his life around thanks to exercising and work. And to crown it all, Jahira Dar joined him. Cesar met Jahira in August 2010, about two months after his wife had filed for divorce. In November of the same year, Cesar had already liked her enough to consider proposing marriage.

He told E! at the time that he was waiting to get her parents’ consent first. Although he teased a marriage proposal so early in their relationship, it did not come until 2016.

Cesar went to his Instagram page in April 2016 to reveal his engagement to Jahira Dar. Accompanied by a photo in which he kissed a smiling Dar with a stone on her finger and a bouquet of flowers that matched her coat, Cesar spoke sweet words about his flame.

Although the world only learned of the engagement in April, it took place in Greece about a month earlier, on March 25, 2016.

“Jahira came into my life at just the right time. Cesar told the people. “She has helped me rebuild my life and my family after my divorce and separation from the TV show Dog Whisperer.

At the time of this writing, Cesar has not yet announced when they will walk down the aisle.