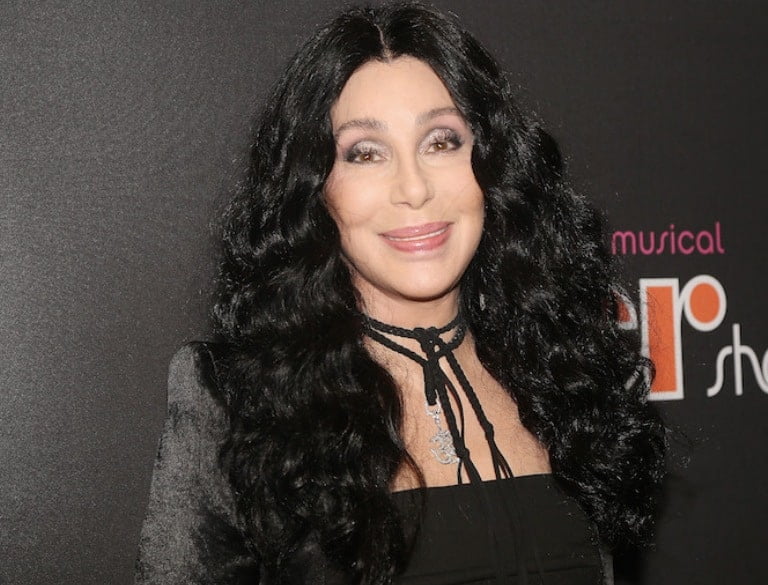 Considered one of the most charming, talented, and successful singers in the world, Cher, née Cherilyn Sarkisian, can look back on an impressive career spanning six decades.

The iconic singer is also known by the following names – Cheryl LaPiere, Cherilyn Sarkisian La Piere Bono Allman, and Cher Bono – and is much loved for her songs and the messages they convey to the world. Her popular hits include If I Could Turn Back Time, Believe, I Got You Babe, The Shoop Shoop Song (It’s In His Kiss), ‘Gypsies, Tramps, and Thieves, and Just Like Jesse James.

In addition to being a singer, Sarkisian is also a writer, fashion designer, television presenter, record producer, dancer, philanthropist, and actress. Her productive years behind the microphone have earned her several awards and honors, including three Golden Globe Awards, a Grammy Award, an Emmy Award, a Kennedy Center Honors Award, a Cannes Film Festival Award, an Academy Award, and a special CFDA Fashion Award, to name a few.

The entertainer with several dashes was born on May 20, 1946, in El Centro, California, in the United States. She was born to John Sarkisian (father) and Georgia Holt (mother). Holt was a part-time actress and model, while her husband was an Armenian-American truck driver famous for his gambling and drug problems.

ALSO READ: Who Is Carter Page, Is He Gay, Who Is The Wife, How Is He Connected To Russia?

Cher’s parents divorced ten months after her birth. This prompted her mother to tie the knot with John Southall a second time. From Holt’s marital relationship with the actor, Southall came a daughter named Georganne Southall, who became John’s half-sister. Holt later divorced her husband and remarried Gilbert LaPierre, a bank director, in 1961. He would adopt and raise Cher and Georganne as his own daughters.

She studied at Montclair College Preparatory School and later at Fresno High School.

Cher is the mother of two sons – Chaz Salvatore Bono and Elijah Blue Allman. Chaz was born on March 4, 1969, in Los Angeles, California, and is a well-known actor, writer, lawyer, and musician. Today, he is a transsexual man, his father Sonny Bono, a popular producer, actor, politician, songwriter, musician, and Cher’s first husband. He rose to immense popularity after joining forces with his wife and found the music group, Sonny & Cher.

They started out as Caesar and Cleo and later switched to Sonny & Cher, whereupon they had great success with the song “I Got You, Babe”. The reason why Bono performed with his wife was that Cher suffered from stage fright in her upwardly mobile years.

Sonny and Cher met in November 1962, when the former worked for the renowned record producer Phil Spector. She became his housekeeper, then his close friend, and then his mistress. They finally married on October 27, 1964, and had a marital crisis in 1972, which led to Sonny applying for separation in February 1974. The couple’s divorce papers were finally completed on June 26, 1975. Sonny Bono died in a skiing accident in 1998.

Sonny’s second son, Elijah Blue Allman, came from her relationship with her second husband, Gregg Allman. The singer entered into the marriage with Allman only four days after her divorce from Sonny became official. However, her marriage to the rock icon, which took place on June 30, 1975, ended after four years of stormy marital relations. Allman, who is also co-founder of the Allman Brothers Band, had alcohol and heroin problems, and Cher was not at all comfortable with them.

Her son, Elijah Blue, born in 1976, is a guitarist and singer. Also known locally as P. Exeter Blue, he is a member of the rock band Deadsy and the husband of Mumbai-born musician Mariangela King.

Since 2018, the goddess of pop is believed to be single. However, she is romantically linked to entertainment elites such as Tom Cruise, Tim Medvetz, Ron Zimmerman (a writer), David Paich, and Gene Simmons.

Is Cher Sick Or Dead?

At the time of writing this article, the legendary singer is strong and healthy and making the most of her life and career. In June 2016 it was widely reported that she was sick and near death, but the reports all turned out to be false. Even Cher himself rejected the false report in an interview.

What Is Her Height?

At over 70, the legendary singer still looks youthful and full of life – thanks in no small part to her frail appearance and body shape. Chers height and weight are measured at 174 centimeters (1.5 feet) and 61 kilograms (135 pounds). The gypsy crooner is blessed with a series of shimmering dark brown eyes and black hair.