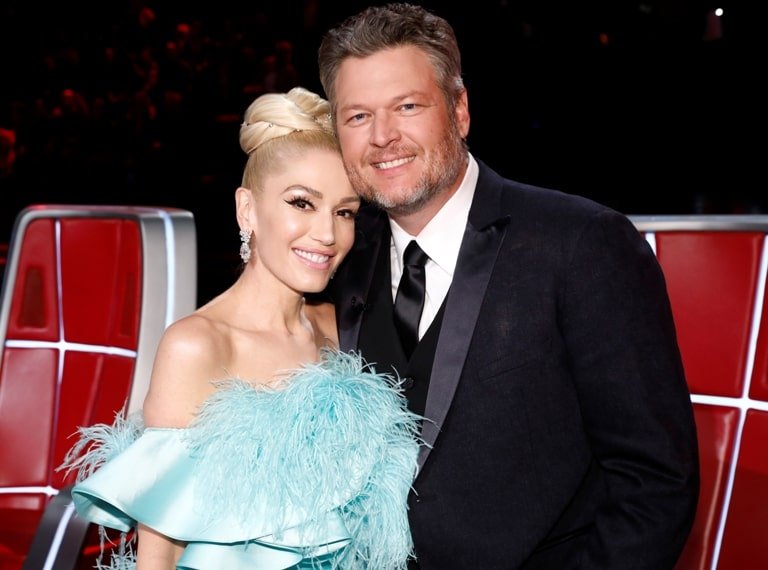 Three-time Grammy winner Gwen Stefani is an American singer, songwriter, actress, and fashion designer whose full name is Gwen Renée Stefani. She was born on October 3, 1969, in Fullerton, California. The elegant beauty grew up with three siblings, including Eric Stefani, Jill, and Todd. Gwen was born the daughter of Dennis Stefani and Patti, who inspired her love of fashion.

Stefani’s music career began when she founded the band No Doubt together with her brother Eric, who inspired her love of music. After the death of John Spence, the lead singer of the band in 1987, she became the lead singer of the band. After the release of their album Tragic Kingdom in 1995, the band soon became a force to be reckoned with in pop music. They also recorded other successful singles, including Just a Song, Don’t Speak, Hey Baby, It’s my Life.

After a short break in the band’s activities in 2004, Gwen went solo in her career and released her debut album Love. Angle. Music. Baby. In 2006 her second album The Sweet Escape was released, for which she received a Grammy Award nomination for her duet with Akon on the album’s title track. In 2012, however, she reunited with the band. Her third album, This Is What Truth Feels Like, was released 10 years after her second in 2016 and became her first solo album to reach number one on the Billboard 200 charts.

Their fourth album was the Christmas album You Make it Feel Like Christmas, which was released on October 6, 2017. Following its precedent, the album became a hit and was played for the music-to-light show on the Empire State Building in New York City.

Stefani made her film debut as an actress in 2004 as Jean Harlow in the film Aviator.

As if that wasn’t enough, she has sold more than 30 million albums worldwide, including her work in No Doubt. Her song Hollaback Girl was the first digital download to surpass the 1 million sales figure and climbed to number 1 in the Billboard Hot 100 charts.

Her side as a fashion designer came into play when she released a clothing line called L.A.M.B. in 2004. The line is influenced by a variety of styles including Japanese, Guatemalan and Jamaican.

Gavin and Gwen met in 1995 when their band No Doubt toured with Gavin’s band Bush. They got along well and dated for a long time before they signed the deal for life on September 14th, 2002 at St. Pauls Covent Garden in London. Gavin, who is an English musician and actor, was born on 30 October 1965 in Marylebone, Great Britain. He was the frontman of the band Bush, which was formed in 1992, before performing solo.

As a talented musician, Gavin was ranked 75th on Hit Parader’s list of the 100 Best Heavy Metal Singers and received the British Academy’s Ivor Novello Award for International Achievement in 2013. In 2017 he became a coach with ITV’s The Voice UK.

The couple were inseparable for 14 long years and filed for divorce in 2016 after Gavin allegedly had an affair with Mindy Mann, who was then Gwen’s nanny. Gavin for his part did not deny the allegations, as they were obviously true. He later admitted that the divorce caused him much pain and grief, especially because he and Gwen were a beautiful couple.

However, their union produced three lovely sons: Kingston, born 26 May 2006, Zuma Nester Rock, born 21 August 2008, and Apollo Bowie Flynn, born 28 February 2014; Gavin, who has been with Sophia Thomalla since April 2017, also has a daughter, Daisy Lowe with Pearl Lowe, with whom he had an affair in 1988 long before he met Gwen.

Gwen met co-judge Blake Shelton in 2015 after they met on The Voice, and since then he has been her backbone and her rock. Blake, born June 18, 1976, in Ada Oklahoma US, is an American country singer, songwriter, and television star. He was named People Magazine’s Sexiest Man Alive in 2017.

Despite rumors of their separation, the duo was seen together with Gwen’s sons at the Christmas Eve caroling service. And they seem to unite and become stronger and would possibly soon become one family. Although he had no children from his previous relationships, Blake has confessed that being with Gwen’s sons was the first time he enjoyed being a father, claiming that they introduced him to another side of himself that he never knew was there.

However, this is not the first relationship Blake has entered into. He was married twice, first to his longtime girlfriend Kaynette Gern from 2003 to 2006, and then to singer Miranda Lambert from May 14, 2011, to July 2015.

Gwen had also dated her bandmate Tony Kanal before her marriage to Gavin.