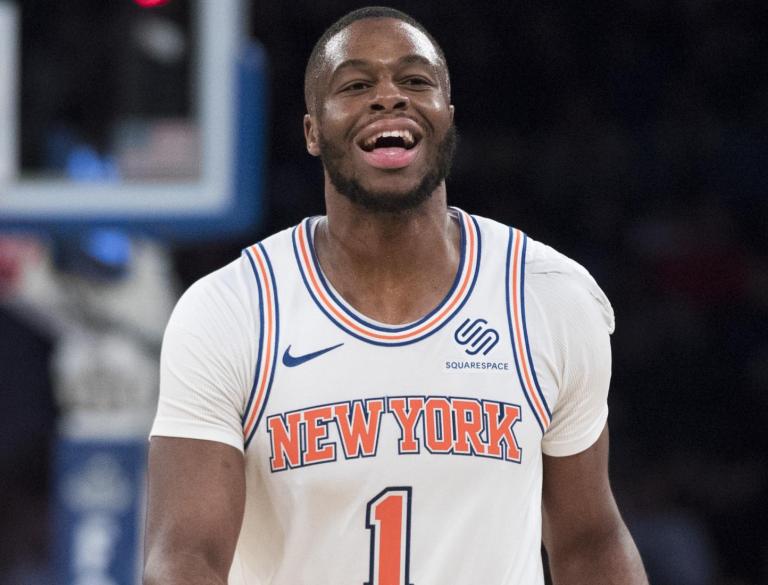 Some unpleasant life circumstances often turn out to be a blessing in disguise for the people with whom they are confronted. This simply sums up the beginning of the success story of Emmanuel Mudiay, whose family came to the USA after fleeing the harsh living conditions in the war-torn Democratic People’s Republic of Congo.

As the saying goes, “The rest is history,” and in this article, we will guide you through that very story by shedding light on the background and fame of this Congo-born B-baller. We’ll also take a look at his career statistics since he turned pro and conclude with some previously unknown facts about the basketball star.

Emmanuel was born on March 5, 1995, in Kinshasha, Democratic Republic of Congo, and was baptized Emmanuel Kabeya Mudiay. His father Jean-Paul Mudiay died when he was still a toddler, leaving his mother, Therese Kabeya, who took care of Emmanuel’s and his little brother’s – Stéphane Mudiay’s – needs and provided for him with the proceeds from their meager coffee and vegetable business.

The suffering of the Mudiya was exacerbated by the second Congo war, which meant that they lived in constant fear and uncertainty for their lives and possessions. So the mother of two children and her sons sought and received asylum in the USA. When they landed in America, they sighed with relief, although the Mudiya boys remember that they felt like Americans when they landed.

In America, Emmanuel Mudiay continued his school education, and when he reached high school age, he enrolled at the Grace Preparatory Academy in Arlington, Texas, where he started playing basketball and soon became inseparable from this sport. He played at Grace Prep until his final year of high school before moving on to graduate from Prime Prep Academy in Dallas, Texas. As expected, the Congolese had an excellent last season in high school basketball, for which Rivals.com ranked him the second-best recruit in his class.

In a fairly quick turn of events, Kabeya decided to give up college in the summer of 2014 and instead play in the Chinese Basketball Association (CBA) in the footsteps of Brandon Jennings. In China, he started playing for the Guangdong Southern Tigers from 2014 to 2015, with a one-year contract worth $1.5 million.

During his time with the club, Emmanuel played a total of 12 games; 10 regular-season games and 2 playoffs, in which he averaged 18.0 points, with 6.3 rebounds, 5.9 assists and 1.6 steals per game.

After his contract with his Chinese club ended, Mudiya returned to America and qualified for the 2015 NBA Draft, where he was subsequently voted seventh overall by the Denver Nuggets.

The New York Knicks acquired Emmanuel Mudiay in a three-team contract involving the Denver Nuggets and the Dallas Mavericks. Since joining his new team, he has played 22 games, starting at 14, with a score of 8.8 per game with a block of 0.3 per game, 0.9 steals per game, and 2.6 rebounds per game.

Height, Weight and Other Facts

2. After drafting with the Denver Nuggets, he saw some play in the 2015 NBA Summer League in Las Vegas, where his impressive performance earned him a place in the second team of the All-NBA Summer League.

3. In his first game of the regular professional season, the boy scored 17 points with 9 assists on his team, which won the season opener 105-85 against the Houston Rockets.

6. One of the benefits of giving up college basketball to play internationally was signing a contract with Under Armour; a footwear and apparel company that recently launched a commercial series with Foot Locker with Mudiay.