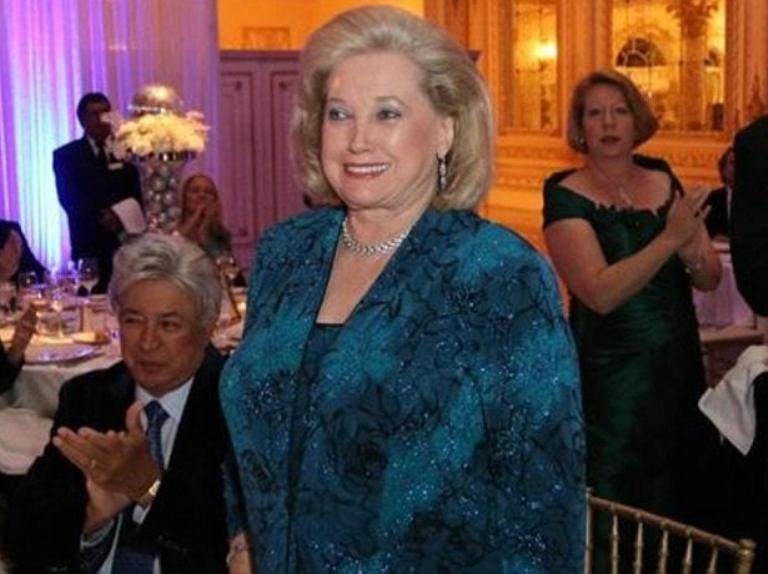 Elizabeth Trump Grau is known to be the older sister of US President Donald Trump. She leads a private life and maintains a good relationship with her brother, Donald Trump. Young Donald was the usher at their wedding in 1989.

Elizabeth Trump was born in 1942 in Queens, New York, USA, the daughter of Fred Trump and Mary Anne MacLeod. She completed her undergraduate studies at Southern Virginia University in Buena Vista, California. Elizabeth Trump also completed her high school education at Kew Forest School. After graduating, she entered the banking sector, far from her family’s political interests. She worked as an administrative assistant at Chase Manhattan Bank in New York before finally retiring.

In 1989 she married James Walter Grau, with whom she has been ever since. James Walter Grau is a film producer who graduated from North Western University. He has strong connections to the film industry in Hollywood and heads Charisma Productions.

Elizabeth Trump Grau’s father, Fred Trump, was born in New York in 1905 and died in 1999, and was one of the largest real estate developers in New York City. The company was founded by his mother Elizabeth Trump using his inheritance.

Her mother Mary Anne MacLeod Trump was born in 1912 in Tong, a small village near Stornoway on the western islands of Scotland. She died in 2000, born as the daughter of a fisherman, immigrated to the United States at the age of 17, and began working as a maid in New York. In New York, she met her husband, Fred Trump, and they married in 1936, settled in Queens, and became U.S. citizens in 1942.

Her family is part of the wider Trump family that originated in Germany through her grandparents, Frederick Trump and Elizabeth Christ Trump.

Fred Trump and Mary Anne MacLeod Trump had five children. Thanks to the size of the family, Elizabeth was blessed with four other siblings, Maryanne Trump Barry, the late Fred Trump Jr., Donald Trump, and Robert Trump.

Maryanne Trump Barry is the oldest sibling currently serving as an inactive Senior Judge in the United States Court of Appeals. She was born in Queens, New York in 1937 and received a Bachelor of Arts degree from Mount Holyoke College in 1958. Maryanne also received a Master of Arts degree in Public Law and Government from Columbia University in 1962. She received her Juris Doctor from the Faculty of Law at Hofstra University in 1974.

She has been married twice. Her first marriage was to David Desmond, a New York psychologist. They were divorced in 1980 after they had a son together. Then, in 1982, she married Joseph Barry, a New Jersey lawyer, who died in 2000. It was known that she failed to make public comments when her brother Donald Trump ran for president.

Fred, also an older brother of Elizabeth Trump, was born in 1938 and died an alcoholic on 26 September 1981. He is the reason why Donald Trump does not drink alcohol. It is known that Fred adopted the drinking habit when he went to college. He was known for his outspoken personality, he loved flying planes and fishing. Fred briefly worked in his father’s real estate business before he decided to become a pilot. He married a flight attendant and divorced her. He had two children, who were named “Fred and Mary” after their parents. He was the best man at the wedding of Donald Trump with Ivana, his first wife. Her father had little faith in Fred Jr., although he was the obvious heir to the family empire. This was one of the reasons why he started drinking a lot.

Fred’s children were excluded from Fred Sr.’s will, and Donald was said to have helped write the will. His children sued Donald Trump and argued that Fred Sr. suffered from dementia. Donald said the suit was settled amicably.

Donald Trump has co-authored several books including The Art of the Deal. He was also the producer and host of The Apprentice, a television reality show he hosted from 2003 to 2015. From 1996 to 2015, Donald Trump also owned the Miss Universe and Miss USA beauty pageants. He was the 544 richest person with an estimated net worth of $3.5 billion as of May 2017. Donald Trump is also the oldest and richest person to hold the U.S. presidency.

Robert was born in 1948 and is the youngest sibling in the Trump family. He was a senior executive in the family’s real estate business, which was founded by their father Fred Trump. Robert managed the property outside Manhattan. He is currently retired and involved in various community activities. He is also a member of the board of trustees of Angels of light, an organization that supports and entertains needy people during the holidays.

He was married to his first wife Blaine Trump for over 25 years before they were tragically divorced. He currently lives in a relationship with his former secretary Ann Marie Pallan, who lives in Millbrook, New York.

Elizabeth Trump is estimated to have a net worth in excess of $300 million, with most of her money coming from the family business.

She is the older sister of the current president of the United States.

Elizabeth is a retired banker.

She is married to a film producer, James Walter Grau.

Elizabeth maintains a good relationship with her brother Donald Trump.

She leads a very private life.