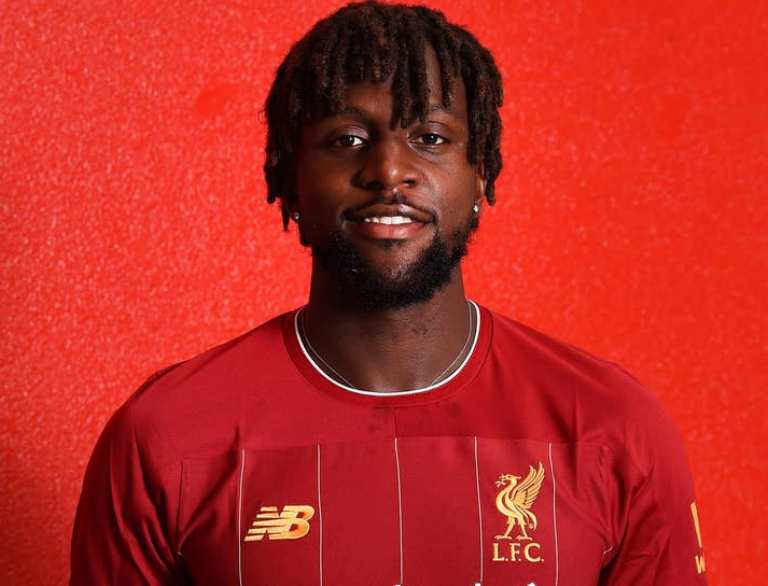 From the moment Divock Origi hit the headlines as the next great European striker, Kenyans hoped far and wide that the player would follow in his father’s footsteps to play for the ailing Harambee stars and help them achieve the success that Kenyan football fans had so long longed for.

However, the Belgian-born striker decided to play for his native country and represent them at the 2014 FIFA World Cup, where he became the youngest Belgian to score a World Cup goal.

Divock Origi was born in Ostend, Belgium, on April 18, 1995, as the son of Mike Origi and Linda Adhiambo. However, he grew up in Houthalen-Oost, where he started his career as a professional footballer. As a child, he entered the youth academy of Genk, where he developed his game and is said to have impressed all his coaches with his talents. Origi spent nine years with the Belgian team before attracting the attention of Ligue 1 club Lille, who signed him at the young age of 15.

When Origi was 17 years old, he was a member of the B team of Lille. After only a few months on the team, the team’s head coach became aware of the young Belgian’s talents and invited him to join the senior team. On January 24, 2013, he was an unused substitute in a game of Coupe de France against Plabennac, which his team won. He finally made his debut nine days later in a Ligue 1 match against Troyes, which he marked with a goal. Origi completed a total of ten appearances this season before he was able to fully advance into the team’s starting eleven the following season.

ALSO READ: Who is Lake Bell Husband? Here’s Everything You Need To Know

In the 2013-14 season, he played in all competitions 35 times and scored 6 goals. His working pace was among the highest on his team, and this and other aspects of his game, including his potential, attracted the attention of Liverpool, which paid Lille £10 million for his services in the summer of 2014. Divock Origi signed a five-year contract with its new team but was loaned to Lille for another year to get more action in the first team before moving on to the Premier League.

After 44 appearances and 9 goals in the 2014-15 season for Lille, Origi finally joined his parent club, Liverpool. On September 12, 2015, he made his debut for the Reds in a Premier League game against Manchester United as a substitute. He scored his first goal for the club in a hat-trick in the quarter-finals of the League Cup against Southampton, which his team won 6-1. In the 2015-16 season, Origi made a total of 33 appearances and, for the first time in his career, scored a double-digit number of goals with 10.

In the 2016-17 season, Origi was mainly used in cup games and as a substitute, but he still made 43 appearances and his goal record was not much higher, as he only lost 11 times. The following season, Divock Origi was loaned to Bundesliga club VfL Wolfsburg, where he spent the entire season.

Divock Origi has two sisters, Natasha and Deneen. As mentioned before, he is not the only member of his family who earns or has earned his living as a professional footballer. His father, Mike Okoth Origi, was also a professional footballer and Kenyan international, representing, in particular, the Harambee Stars at the African Cup of Nations in 1990, 1992, and 2004.

The senior international Origi began his playing career in Kenya, where he played first for Shabana and then for Kenya Breweries before joining the Omani club Al Boshar. After spending some time in the Middle East, Origi moved to Belgium, where he ended his playing career in 2006. In Belgium, he played for various teams in different leagues, such as K. V. Oostende (2nd division), Racing Club Genk (1st division), K. S. K. Tongeren, and Cobox 76 (3rd division).

ALSO READ: Is Chris Botti Married, Who Is His Wife? His Family And Personal Life

Three brothers of Mike Origi were also professional footballers, especially his older brother Austin Makamu Origi, who played in the Kenyan national team and was its captain. His son Arnold, Divock’s cousin, is also a footballer and works for the Tippeligaen team Lillestrom in Norway.