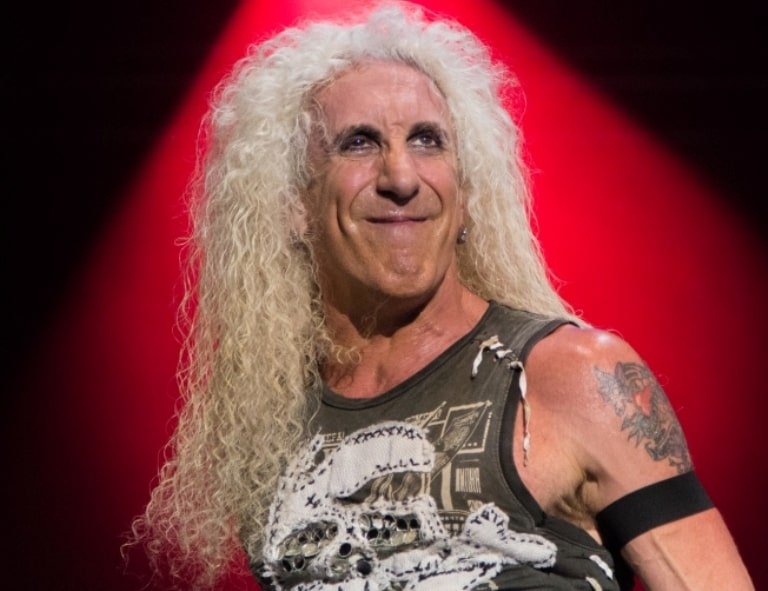 Dee Snider is an American-born rock musician, screenwriter, media personality, voiceover artist, and actress. He gained fame in the 80s as the frontman of the heavy metal band “Twisted Sister”.

Later, in 1992 Snider founded his own heavy metal band “Widowmaker” before reuniting with his bandmates from Twisted Sister. In addition to his music career, Dee Snider has also been successful as a radio/TV presenter with numerous shows.

Daniel “Dee” Snider was born on March 15, 1955, in Massapequa, Long Island, New York, as the son of Marguerite and Bob Snider. While his father worked as a New York State Trooper and later as a court clerk, his mother worked as a school teacher.

Dee Snider received his high school education at Baldwin Senior High in Baldwin, New York, and graduated in 1973. As a child, he was a member of his church choir and the Baldwin High School Choir.

Dee Snider became a member of Twisted Sister in 1976, after which he became the group’s exclusive songwriter. Their debut album Under the Blade (1982) helped the group build a strong fan base in the UK. A second album You Can’t Stop Rock ‘n’ Roll (1983) and a third album Stay Hungry (1984) quickly followed. Stay Hungry proved to be very successful, as it brought the group onto the international scene. Snider, for his part, took on a peculiar personality that suited his newly acquired fame: metal-inspired drag, long blonde curly hair, and excessive make-up while performing on stage.

In June 1985 he hosted the heavy metal music program Heavy Metal Mania. Twisted Sister released their fourth album, Come Out and Play, in November 1985. This was followed by the group’s fifth studio work, Love Is for Suckers, which was released in August 1987. On October 12, 1987, Dee Snider announced that he was leaving the group. The talented musician then formed another metal band group, Desperado, alongside drummer Clive Burr, guitarist Bernie Torme, and bassist Marc Russel. The group’s first and only album, Ace, never saw the light of day.

Undaunted, Snider founded another heavy metal group, “Widowmaker”, alongside drummer Joe Franco, guitarist Al Pitrelli and bassist Marc Russel. Between 1992 and 1994 the group released two studio albums: Blood and Bullets and Stand By For Pain. In the late ’90s, Dee Snider took a long break from music. In 1997, he hosted the syndicated heavy metal/rock radio show The House of Hair with Dee Snider. The following year, the multi-talented singer appeared as the lead singer in the horror movie Strangeland, while also acting as the screenwriter and co-producer.

In 2002 he announced that he would reunite with Twister Sister. He also participated in the 2003 governor campaign of actor Arnold Schwarzenegger. A few years later (2008) Snider took part in the celebrity reality TV show Gone Country. He also lent his voice to the character Angry Jack in an episode of the iconic animated series SpongeBob SquarePants (2009). Snider appeared as a contestant in the 12th season of the reality game show The Apprentice and was fired in the 8th task.

Task fired. In 2016, Dee Snider’s Twisted Sister celebrated their 40th anniversary with a farewell tour, and in November of the same year, the musician announced that he was breaking up with the band for good to focus on his solo career.

Dee Snider is married to the costume designer Suzette Snider. The duo married on 21 October 1981 and have remained together ever since. They have four children together: sons Jesse Blaze Snider (born 1982), Shane Royal Snider (born 1988), Cody Blue Snider (born 1989), and daughter Cheyenne Jean Snider (born 1996), who is a former member of the music group “They All Float”.

The Sniders’ first son, Jesse Snider, is also a rock musician, actor, and TV/radio presenter. In 2003 he already hosted the MTV music show MTV2 Rock. In 2006 he founded the rock band “Baptized By Fire”. Jesse also took part in the MTV reality singing contest “Rock the Cradle” in 2008.

In 2005, Dee Snider and his family were filmed in their home on Long Island for the MTV documentary MTV Cribs. Half a decade later they also appeared on their own reality TV show Growing Up Twisted. The show was short-lived, however, as it did not get beyond its first season. In January 2012 Dee Snider appeared on the reality show Celebrity Wife Swap alongside his wife Suzette.

Financial advantages are definitely one of the biggest advantages of a multi-talent, and Dee Snider has enjoyed this. Since she came into the limelight in the late 80s with “Twisted Sister”, Snider has managed to remain consistent in the showbiz scene.

Besides his successful music career, the entertainer is also successful as a radio/TV presenter, and he is indeed a real media personality. Thanks to his long showbiz career, Dee Snider has a net worth of $10 million, and the trend is rising.

The man stands at an impressive height of 185 cm (6 feet 1 inch). During his time as frontman of “Twisted Sister,” Snider maintained an enviable physique, which he always liked to show off on stage.

He may no longer have the abs to show off on stage, but he has kept his body in great shape over the years. Dee Snider has kept his weight at an average of 73 kg (161 lbs).