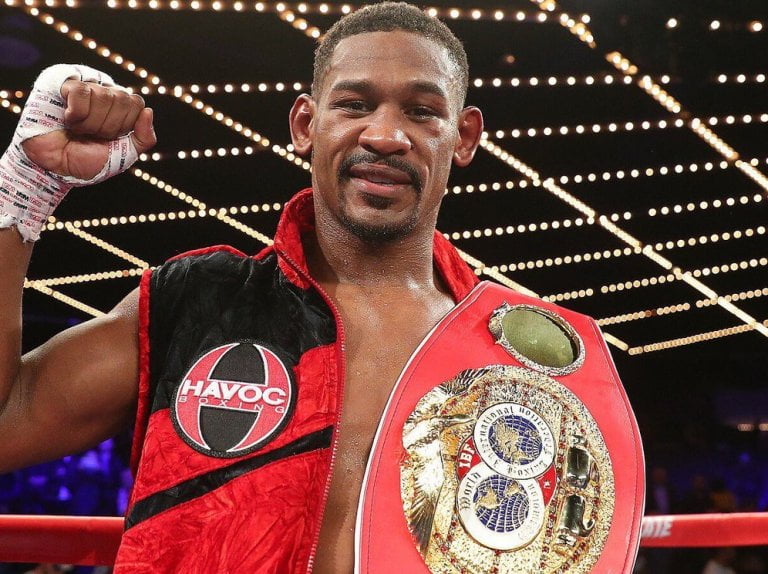 Daniel Jacobs, popularly known as the “miracle man”, has been in the spotlight for some time now after recovering from a career-threatening bone cancer called osteosarcoma. He was diagnosed with the disease in 2011, and after nine months of continuous struggle, Jacobs recovered and recovered the following year.

Meanwhile, the American professional boxer was the defending middleweight champion of the WBA, NABO, and NABF from 2014 to 2017. Jacobs is also a four-time winner of the Golden Gloves at the New York Boxing Championships. In addition, his fast hand speed and movement have kept the all-round boxer at the top of his game to this day. He is currently ranked second-best middleweight boxer by The Ring Magazine and third-best boxer by BoxRec. Learn more about him below.

Daniel Jacobs had his first professional appearance in December 2007, fighting Jose Jesus Hurtado at the MGM Grand in Los Angeles. He was declared the winner after the first round of the fight by knockout. He then signed up for Golden Boy Promotions and later triumphed against Mike Walker to win the Junior Middleweight title in May 2009. He then beat Ishe Smith to win the NABO middleweight title in August 2009.

The following year, Jacobs continued to make progress as he battled with the big names. He fought for the WBO middleweight title after Sergio Martinez was stripped of the title due to his inability to follow WBO rules. Although Jacobs put up a good fight, he lost the match after a knockout in the fifth round. He also won his next two fights in 2010 before being diagnosed with career-threatening bone cancer. Jacobs received massive treatment, and after nine months he fully recovered and returned to the ring.

After his return to professional boxing in 2012, Jacobs recorded his first win against Josh Lutheran on October 20, 2012. In 2013, he defeated Giovanni Lorenzo with a fourth-round knockout victory to take the WBC Continental Americas middleweight championship title. The following year, after his triumph over Jarrod Fletcher, he won the WBA (Regular) Middleweight Championship title in August 2014. He defeated Peter Quillin and Sergio Mora to defend his title in 2015.

In search of a stronger opponent, Jacobs entered into negotiations with Gennady Golovkin before his big fight against Canelo Alvarez in 2016. The duo later fought in March 2017, and the match took place in Madison Square in New York City. Daniel Jacobs fought Gennady for up to twelve rounds but eventually lost. Later that year, Jacobs signed up with Matchroom Boxing Promotions to show his fights on HBO.

In 2018, Gennady Golovkin, the current IBF titleholder, was stripped of his title because he did not follow the IBF rules. It is planned that Jacobs will fight with the Ukrainian boxer Serhiy Derevianchchenko for the vacant IBF middleweight title. The fight will take place on November 10, 2018, at the Nassau Veterans Memorial Coliseum in Uniondale, New York.

Net Worth: How Much is Daniel Jacobs Worth?

Jacobs’ fight against Golovkin was highly rated and generated several million dollars in revenues. Given his first-class performance in the game; Daniel Jacobs paid out $1.75 million, making him one of the top earners in a pound for pound. His net worth is said to be in the millions, but is still under review and cannot be determined at this time.

Similarly, Jacobs is not so vocal about his love life, so nothing can be said about his relationships and affairs. He could be single, as he has not revealed any details about his wife or girlfriend. He enjoys keeping such information secret, thus creating a balance between his professional and private life. Currently, he is concentrating on reaching the peak of his boxing career.

His Height And Weight

This amazing boxing champion is very tall and has an outstanding personality. He stands at a height of 1.85 m and has a corresponding body weight of 72.27 kg – 159.8 pounds. He has black hair and brown eyes.