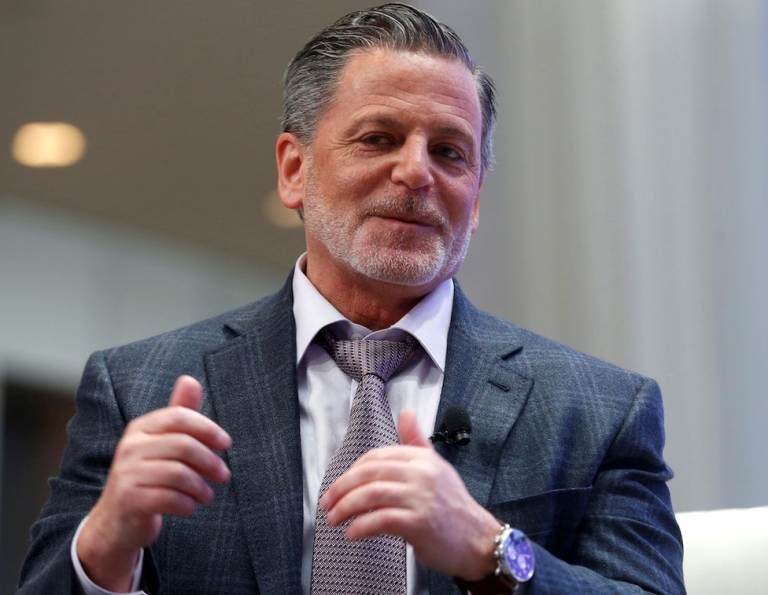 Dan Gilbert understands the rough waters of business and entrepreneurship and has sailed with the current to get to a place where he is at the top of the Forbes list of the richest people in the world. The Michigan billionaire has many cross-industry interests, mainly in finance, investment and entertainment.

He has founded several companies including the mortgage lending company Quicken Loans Inc. and his portfolio company Rock Ventures LLC. Gilbert’s portfolio also includes sports franchises such as the Cleveland Cavaliers of the NBA, the Cleveland Gladiators of the Arena Football League, and the Cleveland Monsters of the American Hockey League. Obviously, the businessman sees something in Cleveland.

The billionaire was born a Jew in Detroit, Michigan, on January 17, 1962, and grew up there. There he attended Southfield-Lathrup High School and then earned a bachelor’s degree at Michigan State University. During this time he obtained a license to work as a real estate agent. After MSU, he began earning his doctorate in law at Wayne State University while working for his parents.

Dan Gilbert co-founded Rock Financial in 1985 with two of his friends and his younger brother. The company quickly grew into one of the largest independent mortgage lenders in the country. In 2000, Rock Financial was acquired by the software company Intuit Inc. and renamed Quicken Loans. Gilbert remained CEO and joined a small group of investors in 2002 to buy back his company. He continues to serve as chairman of the housing loan company.

When Dan Gilbert took over, he immersed himself in the world of sports. In 2007, he bought the almost defunct American Hockey League Utah grizzlies, moved them to Cleveland, and later changed their name to Cleveland Monsters.

By then he was already the majority shareholder of the NBA giant, the Cleveland Cavaliers, which was founded in March 2005. He undertook a major transformation of the team from coaching staff and players to front office staff. The overhaul worked because the Cavaliers have won six championships in the Central Division since 2009, the last one in 2018 when they won the championship for the fourth year in a row. They have also won five Eastern Conference championships and one NBA championship.

Dan Gilbert moved the New Mexico Thunderbirds from the G League to Canton, Ohio in 2011, where he renamed the team Canton Charge and made them a partner team of the Cleveland Cavaliers. In 2012, he bought out the Cleveland Gladiators from the Arena Football League.

Dan Gilbert has many other investments besides the sports franchises. He is the owner of Rockbridge Growth Equity LLC, a private equity firm with interests in a variety of industries. He is also a principal investor in Courtside Ventures and also in a non-profit company, Bizdom, which he founded in 2007. Other companies in his portfolio include StockX, Horseshoe Cleveland, Greektown Superholdings Inc., and many others.

Dan Gilbert’s parents are realtors. During his excursion into the world of real estate during his law studies, he worked in his parents’ real estate company, Century 21 Real Estate Agency. Dan also has two step-siblings and a younger brother, Gary Gilbert, who co-founded Rock Financials in 1985.

Gilbert is married to Jennifer Gilbert and together they have five children. Gilbert is very fond of his children and has often talked about how this is due to the fact that he was not close to his father. The business veteran especially loves his first child and his son Nick Gilbert, who was born with Neurofibromatosis, a disorder in the body’s nervous system that causes tumors to grow all over the body without warning.

Nick had to undergo frequent chemotherapy for about 15 years. The young man is also almost blind and has to be supported by a specialist for school disabilities during his studies at MSU.

Nick memorably stood in his father’s place for the Cleveland Cavaliers during the 2011 and 2013 NBA drafts and is studying economics at Michigan State University Business School.

Gilbert has spent billions to buy, renovate and convert real estate in his hometown of Detroit. He is also the city’s largest employer of labor alongside the government. It is expected that whenever he is not about to invest billions, he should have a place to rest and recharge his batteries.

Dan Gilbert lives in the village of Franklin in Oakland County, Michigan. There the billionaire has built himself a well-deserved mansion on a few acres surrounded by lush greenery. Not much is known about the house, except that it is a huge mansion with 21 rooms and stands on 5 acres of land.

With all the heights he has reached, the billionaire stands at a below-average height of 1.5 feet 5 inches, which is 1.67 meters.