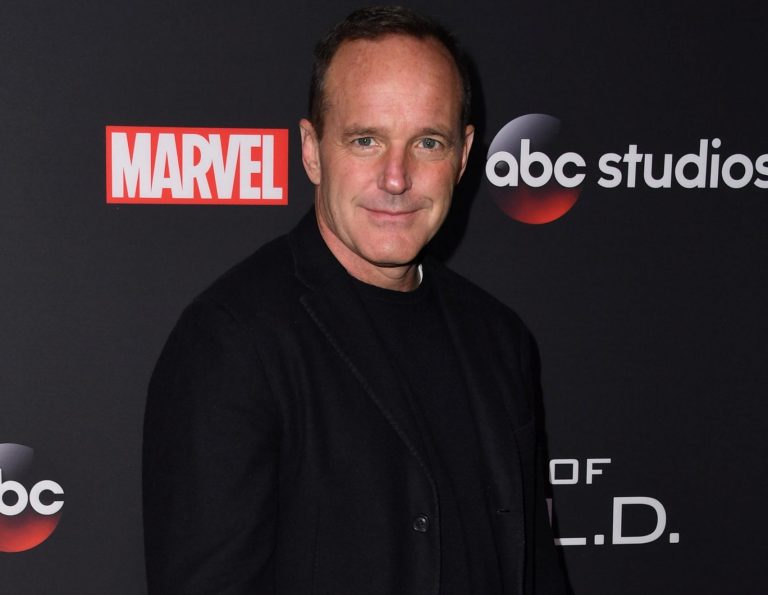 Clark Gregg is a renowned Hollywood actor, director, screenwriter, and dubbing artist who has been in the industry for three decades. During this time he has starred in over seventy movies and television films, some of which are big blockbusters.

Gregg has also played a handful of dubbing actors. He has lent his voice to characters in Lego Marvel Avengers, Ultimate Spider-Man, Marvel Heroes, and Lego Marvel Super Heroes.

The multi-talented actor was born on April 2, 1962, in Boston, Massachusetts, as Robert Clark Gregg, the son of a professor at Stanford University and bishop priests Robert Clark Gregg and Mary Layne. Because of the nature of his father’s work, the family moved frequently, which meant that Gregg lived in different cities so often that by the age of seventeen he had lived in seven cities.

He attended high school in North Carolina, a school in Chapel Hill, at the time his father was a professor at Duke University. After high school, he enrolled at Wesleyan University but had to drop out after two years and moved to Manhattan. Before enrolling in New York University’s Tisch School of the Arts, where he earned a degree in theater studies and English, Clark worked in various jobs, as a parking attendant in a restaurant, as a security guard at the Guggenheim Museum, and in a bar.

After graduating in 1986, he started his career completely with acting. He was a founding member and later artistic director of the Atlantic Theater Company (an off-Broadway company founded in 1983).

In 2008 he wrote and directed Choke – a black comedy based on the novel of the same name by Chuck Palahniuk. In the same year, he appeared as S.H.I.E.L.D.’s Agent Phil Coulson in the film Iron Man, and in 2010, he played Agent Coulson again in Iron Man 2. Following the success of Iron Man and Iron Man II, Gregg signed a multi-movie deal as a character at Marvel Studios and returned as Coulson in Thor in 2011.

With another huge success in Thor, he resumed his role in The Avengers. He also starred in a number of Marvel short films in which his character was the focus of attention. He was part of a staged reading of The Normal Heart (an autobiographical play by Larry Kramer), which was performed to celebrate the play’s 25th anniversary. Tate Donovan, Dylan Walsh, and Lisa Kudrow read with him on stage.

In 2012, it was announced that Clark Gregg will resume his role as Agent Phil Coulson in the agents of S.H.I.E.L.D. – a television series created for ABC by Whedon, Maurissa Tancharoen, and Jed Whedon.

On April 20, 2013, a film written and directed by Gregg, Trust Me, premiered at the Tribeca Film Festival. He also wrote the screenplay for What Lies Beneath.

Clark Gregg has starred in a number of movies in a supporting role. In Lovely & Amazing he played Bill, as Nelson Primus in The Human Stain and as Mark Steckle in Good Company. He also appeared as a guest star in Will & Grace, Sports Night, Sex and the City, and The West Wing.

Gregg has been happily married to Jennifer Grey since 2001. Jennifer is a Hollywood actress and the daughter of award-winning American actor, singer, dancer, director, and photographer Joel Grey.

The couple welcomed a daughter named Stella in December 2001. Gregg and Jenny starred together in the Lifetime television movie Road to Christmas. The couple was among the demonstrators of the Women’s March 2017, which took place on January 21, 2017, in Washington D.C.

ALSO READ: Who Is Rob Ferretti’s Wife, Other Factors You Need To Know

How Tall Is Clark Gregg? His Height And Other Facts

The multi-talented actor stands at a height of 5ft 9inch and weighs 79 kg. His other body measurements are unknown.

Jennifer Grey is Jewish, and Gregg describes himself as a member of the Jewish family. He has a black belt in Brazilian Jiu-Jitsu and is a sober alcoholic.