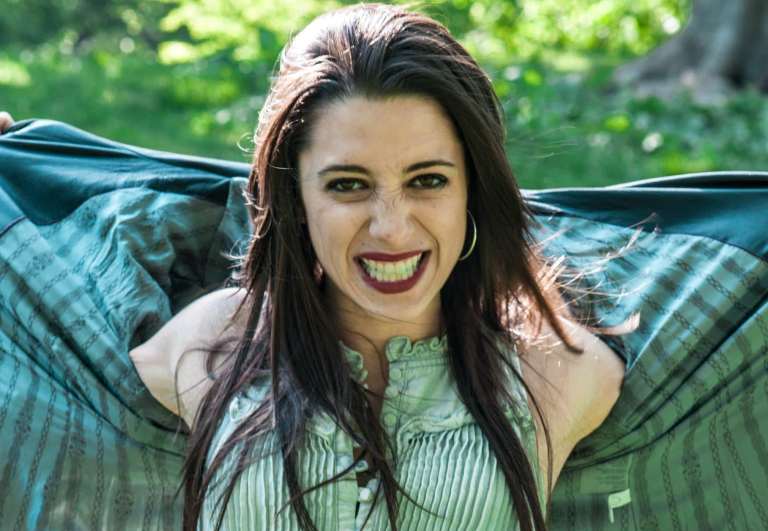 Christina Broccolini is an actress whose role in the documentary television series “Mystery Hunters” came into the spotlight in 2002. In the following years, she appeared in films such as “What Happens Next” (2011), “The Perfect Teacher” (2010), and “Expatriate” (2010). The Canadian is not only an actress but has also tried her hand at production.

The actress was born on March 9, 1985, in West Island, Montreal, Quebec, Canada, as Christina Carmen Dominica. She is the middle child of three children.

Christina has always been interested in acting since her childhood. Finally, in 2002, she made her television acting debut on the Discovery Kids television show “Mystery Hunters”. So she was basically an actress and attended high school. She had a guest appearance in the comedy series “French fries with the? (2004), in which she portrays a foreign exchange student who enters into a romantic relationship with Ben and Alex.

After high school, she decided to invest in her acting skills and so she went to the Neighborhood Playhouse School of Theatre from 2005-2007.

At the same time, Christina developed an interest in producing films. Subsequently, she used the Kickstarter platform to achieve her goals in film financing for her first production work “Face Divided”.

Christina has made an effort to make a name for herself in the film industry. Although she has acted in a number of films that have not been very successful at the box office, her acting skills have always been praised. She also became very popular after being cast alongside Araya Mengesha in the documentary television series “Mystery Hunters” (2002-2006).

The series became a hit especially with teenagers who loved the idea of doing things that are dangerous. Araya and Chistina explored real-life accounts of various kinds, including mysteries, monsters, ghosts, dinosaurs, and other myths or legendary creatures.

The show went ahead to demystify certain requests from viewers by the explanation of a scientist “Doubting Dave”, played by David Acer. The show was originally broadcast from 2002-2013 and received several nominations and awards. These include 8 nominations for the Gemini Award and a Parents Choice Award. It ran over 4 seasons with a total of 78 episodes. The series continues to be aired over and over again despite the cessation of filming.

Christina was selected for a feature film in “Blue Mountain State” (2010), a television show set in a fictional university of the same name. The show essentially highlights the various aspects of typical American university life. It gained many fans over the years but stopped shooting after the third season.

Her first self-produced film is “Face Divided” in 2011, a story about a 21-year-old woman who was forced into early maternity and longed to return to her carefree days.

The story was written by Edward Allan Baker and directed by Adriano Valentini. The film also starred Carmine DiBenedetto and Ellen David.

In 2013 the actress won the “Outstanding Female Performance” of the ACTRA Montreal Award.

Christina Broccolini has chosen to keep details about her family and life away from any form of social media. She leads a private life and tries to keep family matters private. This could be one of the reasons why she is not involved in any kind of scandal, and it is hard to know if she is in a relationship.

In February 2016 her sister Christina shared on Facebook some pictures of her family members in a wedding dress. This triggered much speculation in social media, with people wondering if she was really married.

ALSO READ: Precious Cooper Bio, Net Worth, If Married, Who is Her Husband or Boyfriend?

Although Christina herself never commented on this, it seems by all indications that she married Todd Broccolini in a very intimate ceremony with a close family and few guests.

Chistina has had an interesting and lucrative career that is far from over. She earns money as an actress, producer, and also as a presenter of TV shows. In 2018 her net worth was estimated at $1 million.

Other Facts About The Canadian Actress

1. At Kickstarter she collected over $8,000, which she used to finish her first produced film. She used it for things like film editing, sound editing, and more.

2. She has also produced other short films like “The Bartender” and “The Under-Ager”, both in 2010

3. When it comes to her height, she stands at 5 feet 7 inches; it is also assumed that Christina Broccolini’s body weight is 58 kg.