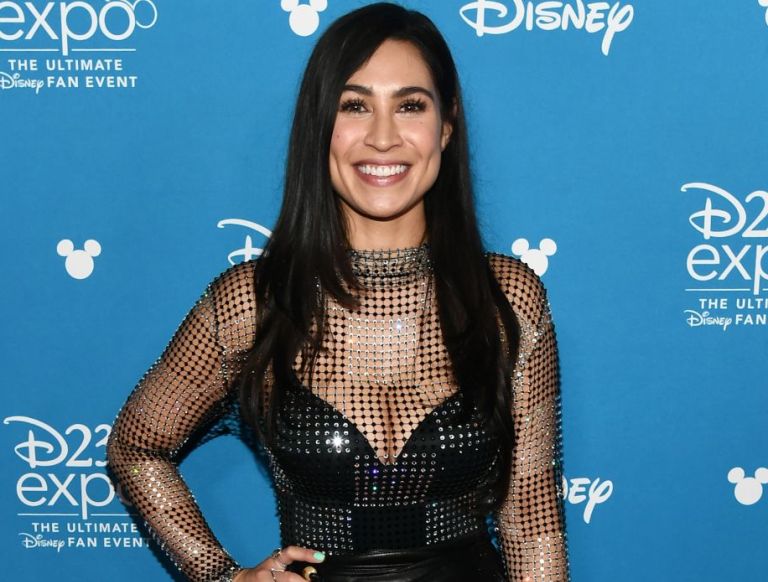 Cassie Steele is a Canadian actress, singer, and songwriter. As an actress, she is best known for her role as Manny Santos in Degrassi: The Next Generation. Steele has released at least two EPs and two albums. Here you will find everything you need to know about Steele.

Cassie was born Cassandra Rae Steele on December 2, 1989, in Toronto Ontario, Canada, as the daughter of Lily Steele, Robin Steele. Her father Robin is of British descent, while her mother Lily is Filipino. From the first grade on, Steele had started to write her own poems, which she soon turned into songs. She honed her singing skills at the Canadian Academy of Music and the New Conservatory of Music.

As a child, Steele also loved to dance. She took ballet and jazz dance classes at the London School of Dance in Scarborough, Ontario. According to reports, Cassie was a gymnast for a while.

Although she started out with music, i.e. unprofessionally, it was acting that put her in the spotlight. Her first acting appearance ever was in a PBS commercial.

Cassie was 11 years old when she got the role of Manny Santos in Degrassi: The Next Generation. Steele would play the role for the entire duration of the show. She has also starred in many of Degrassi’s television movies, including Degrassi Spring Break Movie (2008), Degrassi Goes Hollywood (2009), and Degrassi Takes Manhattan (2010).

ALSO READ: All You Need To Know About Matt Watson – The YouTube Star

In 2016, she was cast as “Gabriella” in High School Musical but was unable to take on the role due to her busy schedule for filming Degrassi. Her performances at that time without Degrassi included Disney’s “Full Court Miracle” and MTV’s “Super Sweet 16: The Movie”. She also had recurring roles on television shows such as The Best Years (2007) and Instant Star (2008).

A famous movie star, Steele began a music career in 2005 and released her debut album How Much for Happy under the music label Bullseye Canada, Rob’N’Steal Productions. Her second work Destructo Doll was released in 2009 under Independent.

Cassie’s first post-Degrassi role was the role of Abby Vargas in the series The L.A. Complex. However, unlike her first television show, The L.A. Complex was short-lived and only aired for two seasons. She has starred in television movies such as Sorority Surrogate, The Dorm, and Shark Zombie. In 2014, Cassie began playing the recurring role of Tammy Gueterman in Rick and Morty.

Cassie’s sister Alex Steele also appeared in Degrassi. From season 1 to 5 she played the role of Angela Jeramiah. Later in the series, she began playing another character, Tori Santamaria.

For the record: Steele is not married, well, at least not at the time of writing this article. Since Steele practically grew up in the film industry, he has romanced with several male stars. Between 2008 and 2009, she spent a year with Drew Roy.

ALSO READ: Who Is Greg Monroe Of the NBA? Here’s Everything You Need To Know

And then came her Canadian colleague Mike Lobel, with whom she dated for about 3 years from 2010 to 2013.

Cassie’s next flame would be X-Factor presenter Jesse Giddings (see picture above). Cassie shared a few pictures with him on Instagram, but the relationship did not last long.

A trip to Cassie’s social media page shows that she went out with a bearded guy with amazing hair and ooh! a cute smile.